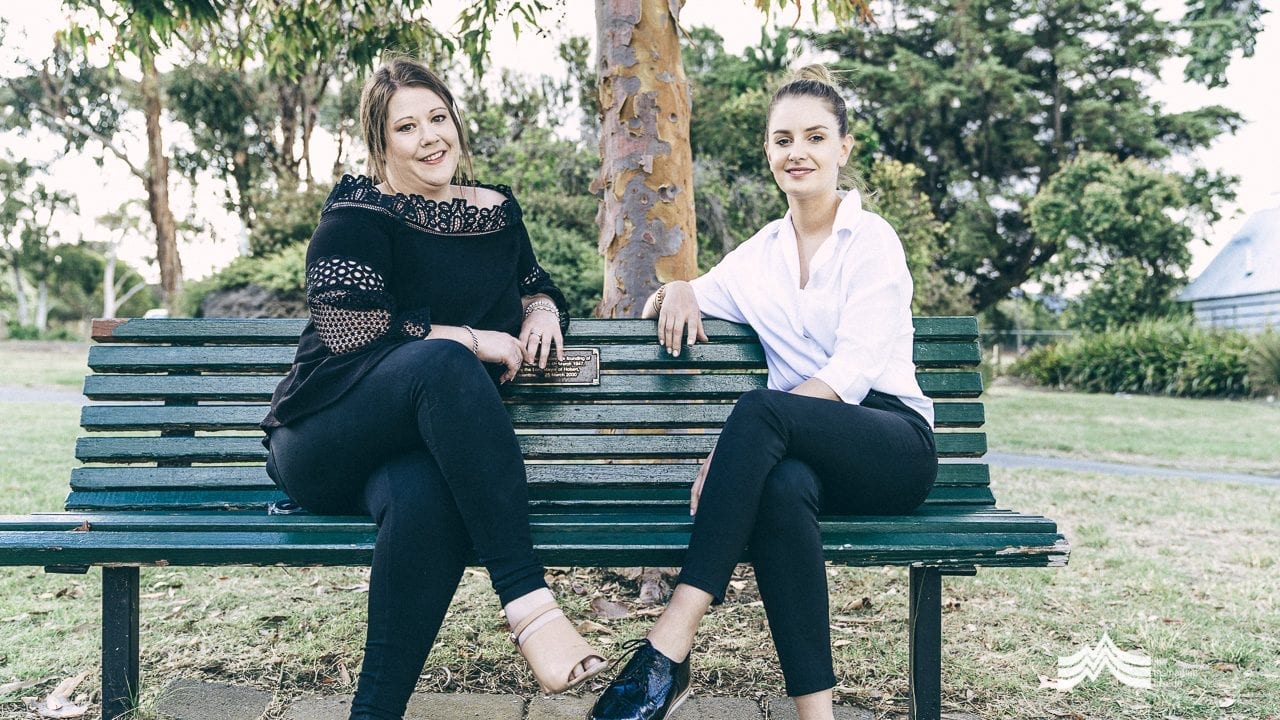 If energy and passion were tradeable commodities, Kate Fox and Gemma Nester would be millionaires. First meeting in primary school over 20 years ago, this dynamic duo not only share a sole vision, but an uncanny ability to finish each other’s sentences. Kate describes their first meeting decisively, “It was love at first recess.” Nodding in agreeance, Gemma adds, “Apart from when I cut your hair.” And the pair dissolve into laughter.

There’s nothing funny however about their vision to make Tasmania the body confidence state. These two friends have joined forces, as well as relevant backgrounds, to set about changing the conversations we have around body image.

“As a society, we often comment to little girls on their looks,” Gemma explains. “I bet we’re all guilty at some point of saying ‘you look pretty’ when greeting a young family member or friend. Well, we need to change that. Sure, you can still tell her she’s pretty, but don’t make that the only thing you tell her.” Let’s make our comments about meaningful traits too, rather than focussing on looks alone.” 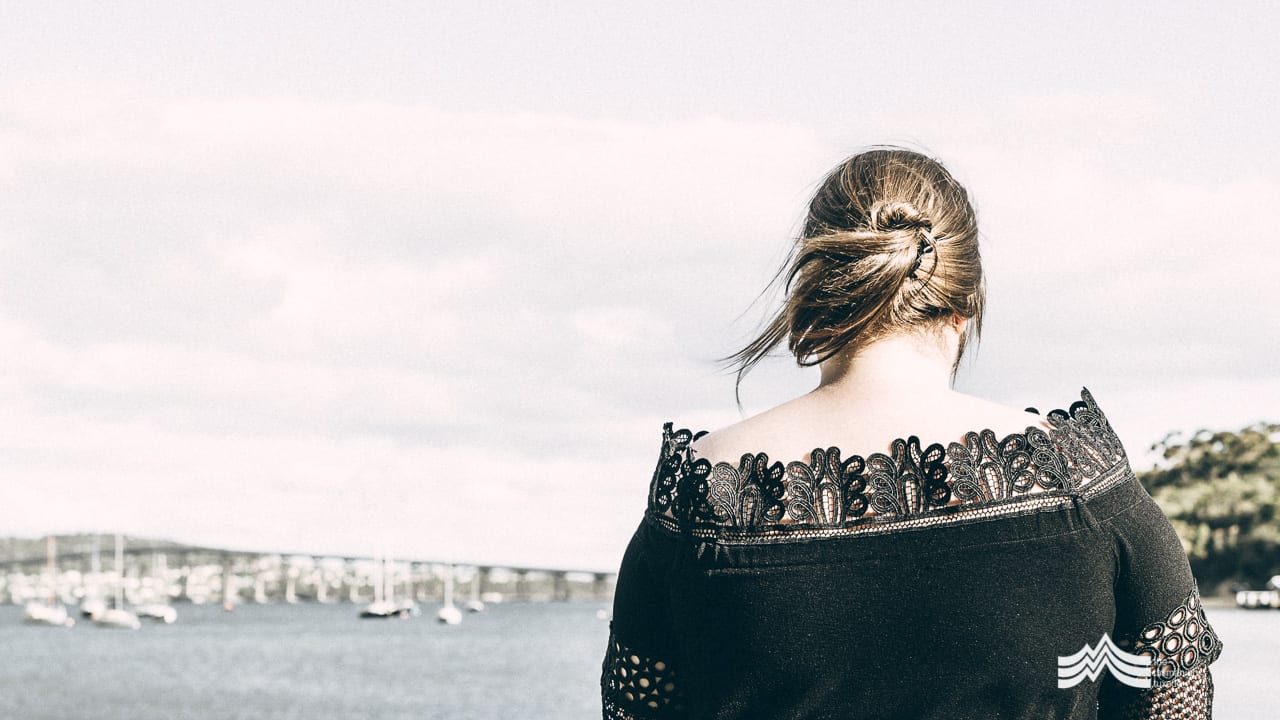 Kate describes how a decade in Sydney working as a journalist has shaped her understanding of the power of the media, “Total Girl, Girlfriend, Famous…I’ve worked for a lot of magazines and I’ve seen firsthand how much work goes into digitally altering images. When you stop and think about it, it’s an odd experience choosing a cover girl based on looks.” She goes on to explain, “I moved back to Tassie six years ago and have had a burning desire to see change ever since.”

Likewise, Gemma’s paediatric nursing background and experience as a drug educator has given her unique insight into the health sector. “I’ve seen every body type there is,” she says evenly. “Everyone thinks they’re the only one with a tummy… or with cellulite on their arms…let me tell you, we’re all different. These images we are putting in front of young girls are false. It’s time we pulled back the curtain and stopped lying to them.” 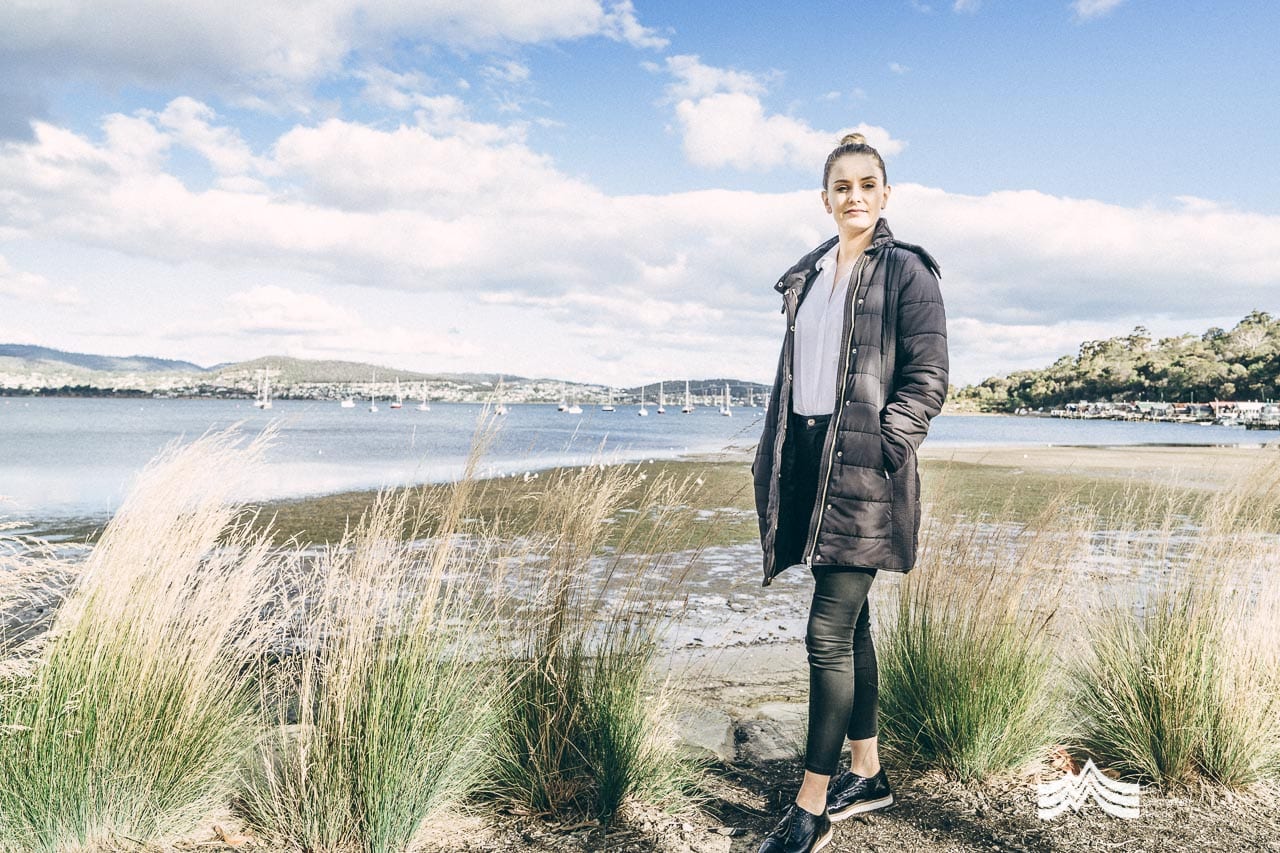 Gemma explains how her decision to tell her story about her own stretchmarks was freeing. “Up until recently, I would hide my body from my children and I was reluctant to get in the water with them because of my stretchmarks.” She explains proudly, “Recently I made a choice to move on and not let my fears hold me back from living a great life with my family. Now I’m glad I can show my own daughter that this is me…I’m free and I’m willing to participate in life. There’s nothing wrong with a few stretchmarks, in fact, they’re actually normal. I’m glad that she can see that and grow up knowing it’s completely ok.”

Kate describes how the pair conducted extensive research to support their suspicions. “One of the things we asked women to identify was the age at which they became insecure about their appearance. Disturbingly, the most common age was between 7 and 12 years old.”

Gemma and Kate still find it hard to relate to the frightening statistics. In Kate’s own words, “It’s a huge concern that one comment so early in life can really shape someone’s perception of themselves…for the rest of their life. It shows that we need to change our language around our bodies.”

Gemma says, “The women we’ve spoken to have been extremely brave. They’ve opened themselves up to us and shared their innermost doubts about themselves. Most of them share a common experience in that they all recall a comment or incident from their youth that has stayed with them for years…and most certainly has had a negative impact on their life in terms of body image.”

The story continues. “We’ve shared a lot of tears having these conversations recently. It’s just not on what some women have had to endure. The pressure society puts on girls and women in particular is very unfair. It’s driving our vision to change the rules in terms of conversations around body image.” Sharing an understanding look with Gemma, she adds, “Let’s get out there and encourage real change…it’ll not only benefit the next generation but the conversations opening up between women right now have been really important and a catalyst for healing some deep wounds.” 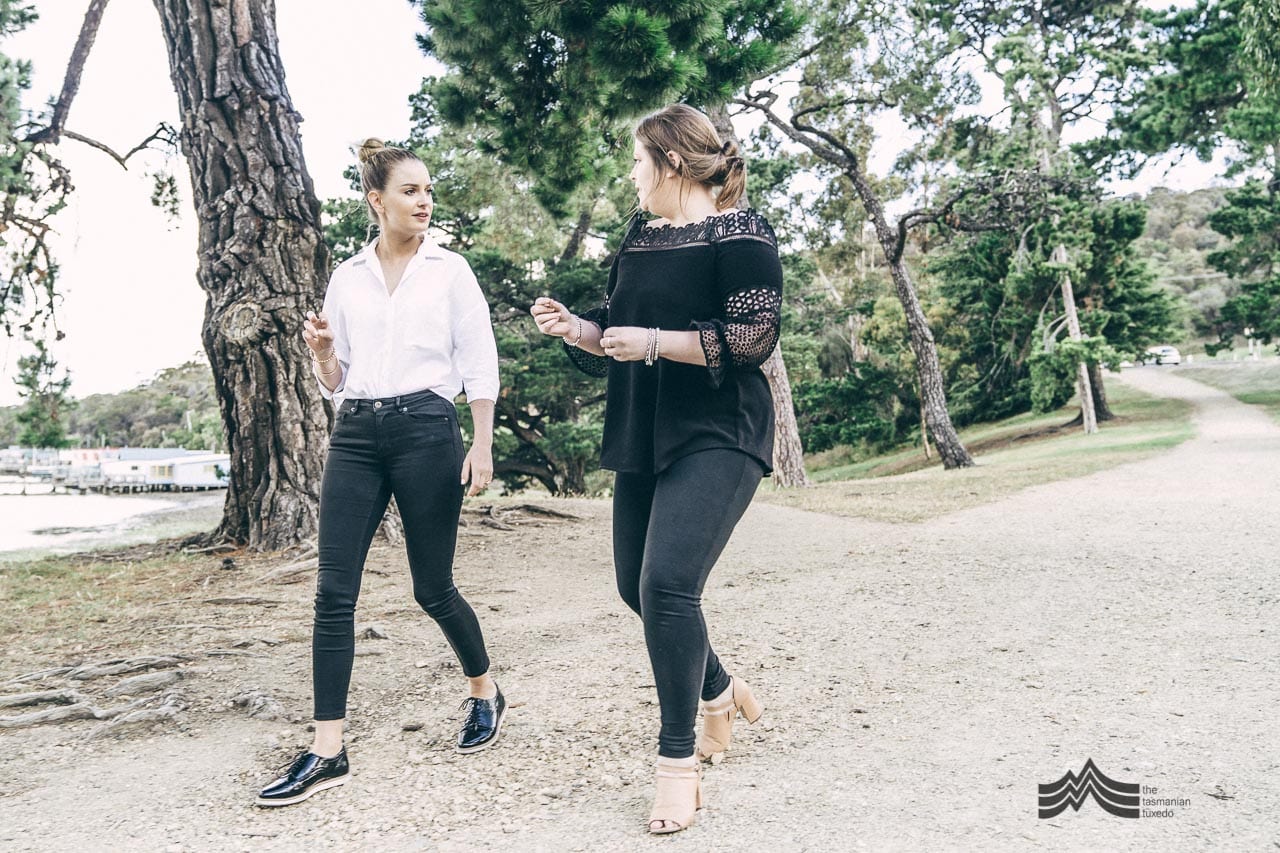 The pair share a continual banter about what they’ve discovered. Kate says, “We really need to get in at ground level. We want everyone to have a positive relationship with their body. Our research really showed that one negative comment at a young age can make a lifetime of difference, and that’s not acceptable.”

Positive Bod Squad is the result of their commitment to change the way we speak about our own appearance and that of others around us.

“It’s about creating an open dialogue about bodies,” says Kate, and Gemma agrees. “A year ago I wouldn’t have had a conversation with my mum about this stuff,” she says. “But now so much more is out in the open. We’ve already opened up so many conversations between girlfriends and families and it’s definitely for the better.”

Kate goes on to explain the role of the Positive Bod Squad. “We have a three tiered approach. The first one is starting conversations to help change the way women speak about their bodies and themselves. The second is an education program aimed at girls between the age of six and nine…we really need to educate them before they are faced with the pressures of social media and online content. And the third portion is to educate young boys about the language they use in terms of women’s appearance. It will also teach them to have a positive relationship with their own bodies.” 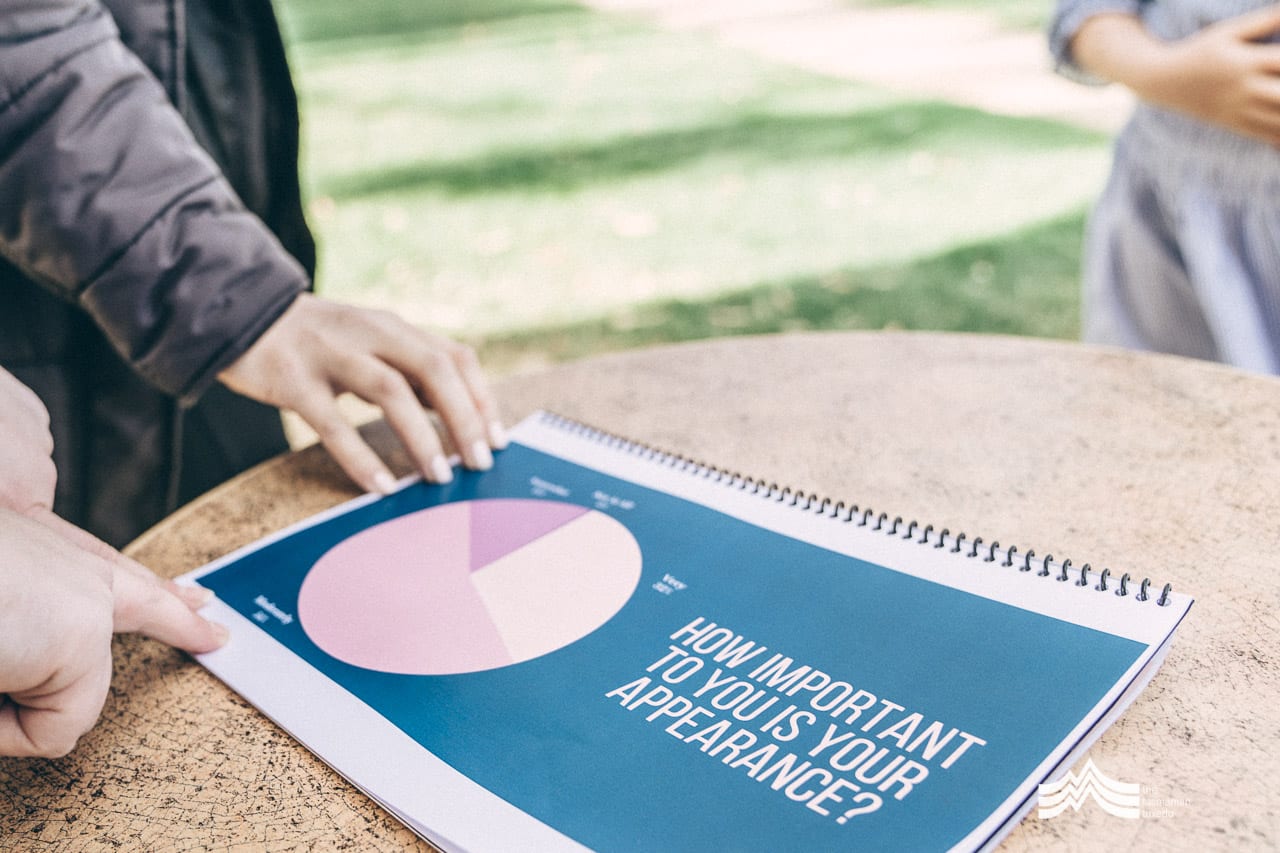 Describing the situation, Kate says, “This is really about preventative mental health. It’s about changing the way we educate our children so that they can have a better future.” Considering the epidemic of mental health issues currently on the table in Australia, it’s not before time. “We’re not pretending to be doctors, or counsellors or psychiatrists,” continues Kate. “We’re just opening up the conversation. In time we hope to build a network with that support on hand, but for now we know we have to start somewhere. Somebody needs to do this. So here we are.”

Supported by Relationships Australia Tasmania, Gemma and Kate have hit the ground running. They hope to integrate education programs for all school levels, however are initially targeting young girls who are currently forming impressions of what society deems acceptable. “The seeds have been planted and things are growing,” says Kate. “It’s an exciting time. We’d love some more funding to increase our reach for this program and for it to be a real Tassie leader. The evidence is clear, so it’s time we made an investment in our future and changed the rules.”

Gemma nods in full support, “It’s about time. We want to see real change in our state. Imagine how good Tassie would be if we could make it the body confidence state. Visitors could step off the plane and know that not only is our air the cleanest in the country, but our mental health is too.” 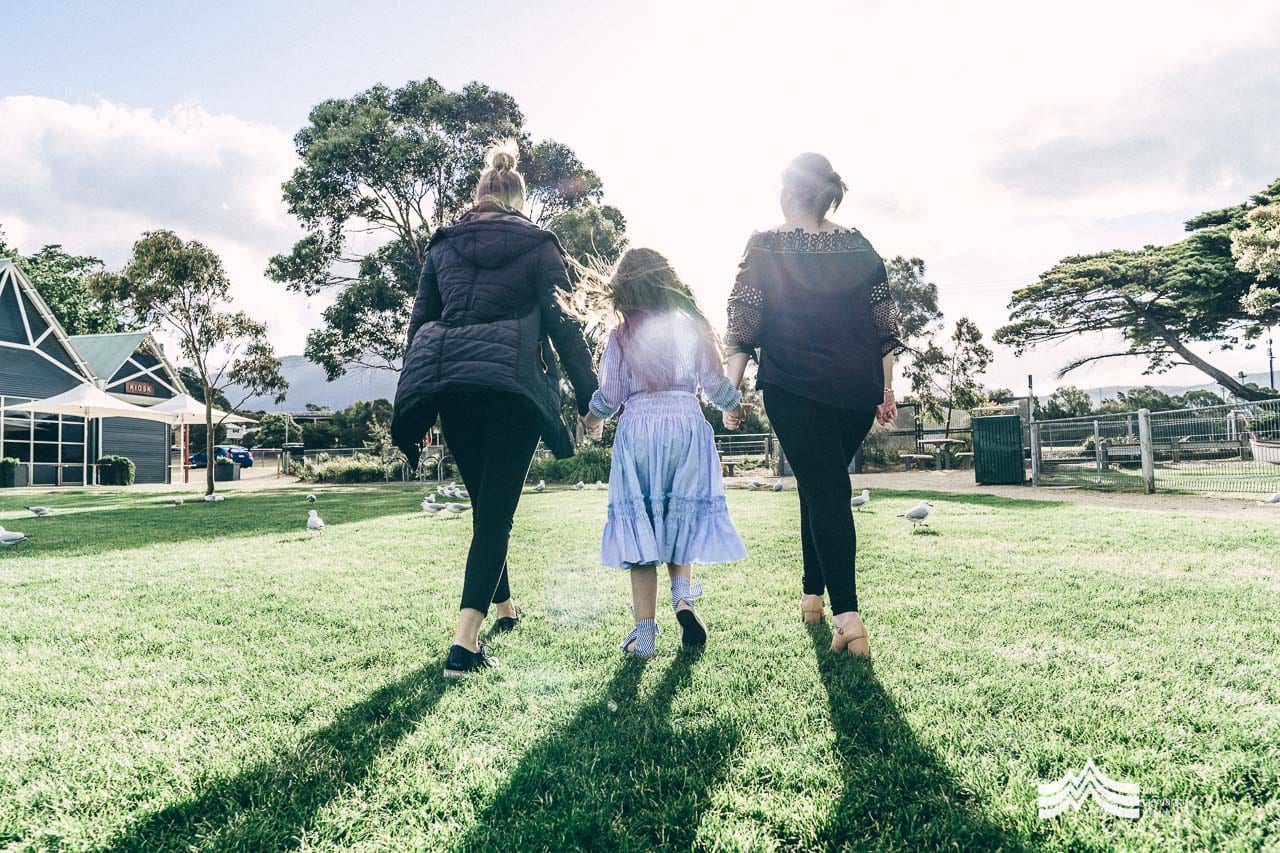 Be part of change and show your support by following the Positive Bod Squad on Facebook and Instagram.