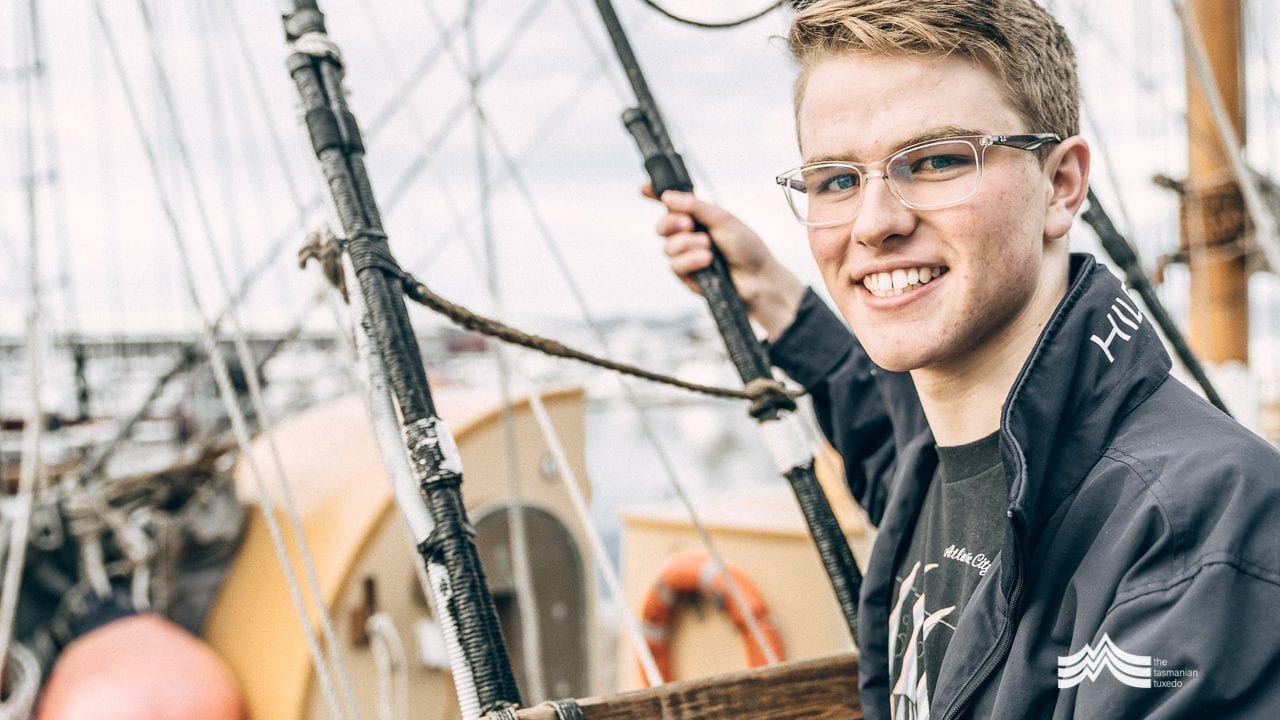 Tasmania’s North West coast provided Sam Watson with an idyllic childhood. From soccer, basketball and surf lifesaving through to fishing, kayaking, stand up paddle boarding and bushwalking. “I was very active as a kid and embraced everything that the outdoors had to offer. Ulverstone was a great place to grow up and I’ll always be grateful for what it gave me.”

At age 15, Sam’s community-minded family encouraged him to open his eyes to life outside of the island by taking a spot on the Windeward Bound’s Tasmanian Youth Leadership Challenge. “I was away for ten days at sea with a diverse group of people,” he explains. “We had ten young people from right across the state, and also ten young refugees who had recently settled in Tasmania. I found their stories completely mind blowing…for many it was their first time on a boat since they had arrived in Australia. Sam recalls the time thoughtfully, “It really opened my eyes to what other people have experienced. It made the struggle of others, especially those my own age, very real to me.” 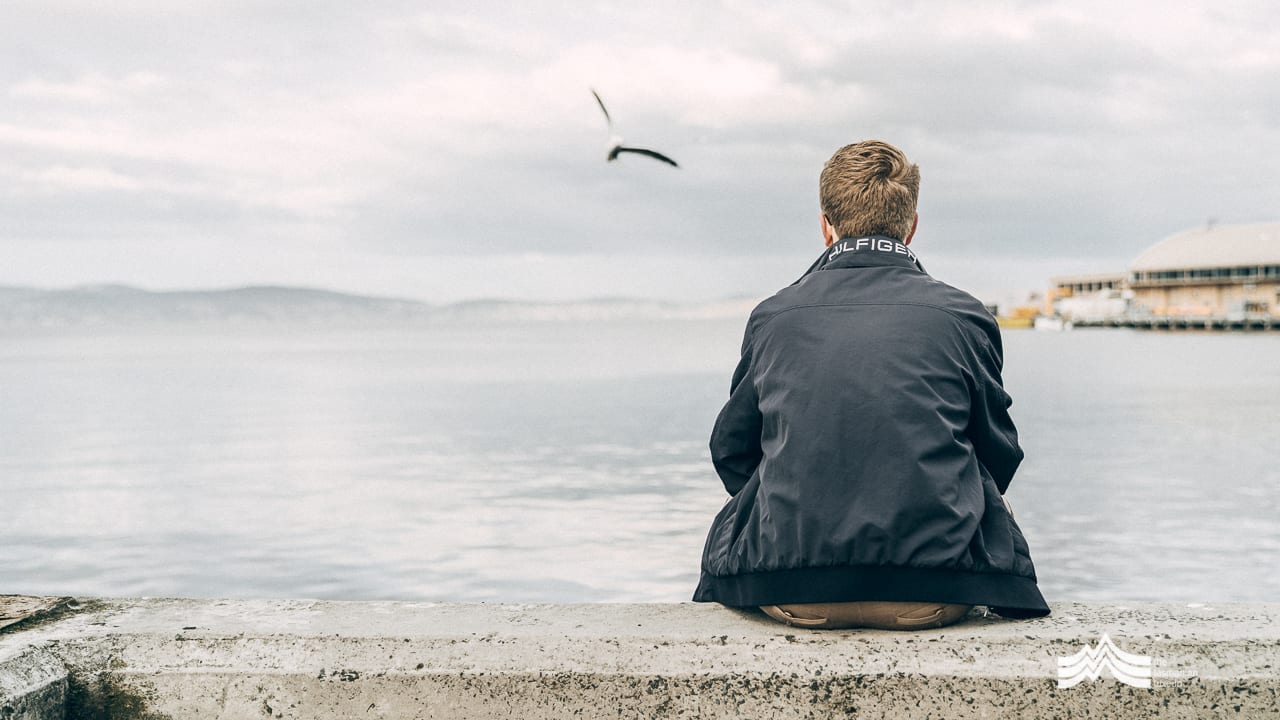 The trip was a catalyst for further growth for this energetic and intelligent young man. Sam says, “Since then I’ve actively sought out experiences to broaden my understanding of the world. That trip sparked a real interest in political and international relations and I’ve jumped at opportunities to be involved in events like the UN Youth, the Global Young Leaders Conference held in the USA, Youth Parliament, Lions Youth of the Year, My First Speech Competition, Tasmanians United for Marriage Equality, HEYWIRE and Australian Young Labor. They’ve all been great experiences – I’ve been able to learn and develop while influencing positive change.”

Sam speaks with a confidence and maturity beyond his years. Telling his story in an articulate and engaging manner, his enthusiasm for inclusive and welcoming communities is infectious. “Coming out wasn’t easy, but I’ll always be grateful for the support I received.” 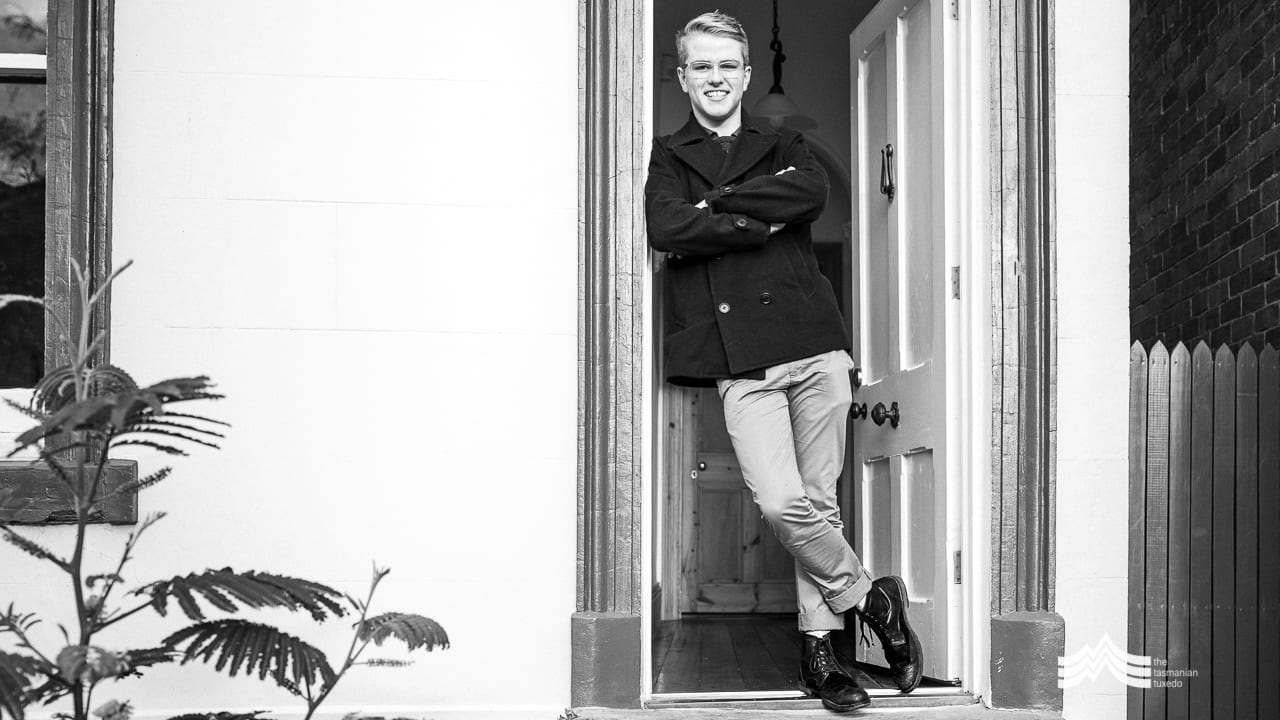 During Year 9, Sam opened up to his family and friends about his sexuality. “I’d always been pretty open and flamboyant but coming out on the North West coast as a young gay man was a risky move. Historically it’s been a pretty sheltered community with attitudes that have traditionally been less than supportive. My home town, Ulverstone, was once labelled the most homophobic in Australia.”

“I always knew my family and close friends would be supportive. It was more the reaction of my Catholic school I was concerned about. It was taken out of my hands one day…I’d walked out to recess to join a group of girlfriends…that morning they said ‘we know you’re gay, just tell us’…I panicked and ran off to the bathroom to calm down for a while. After I finally plucked up the courage to admit it to them, they were fine and we carried on as if nothing was any different.” 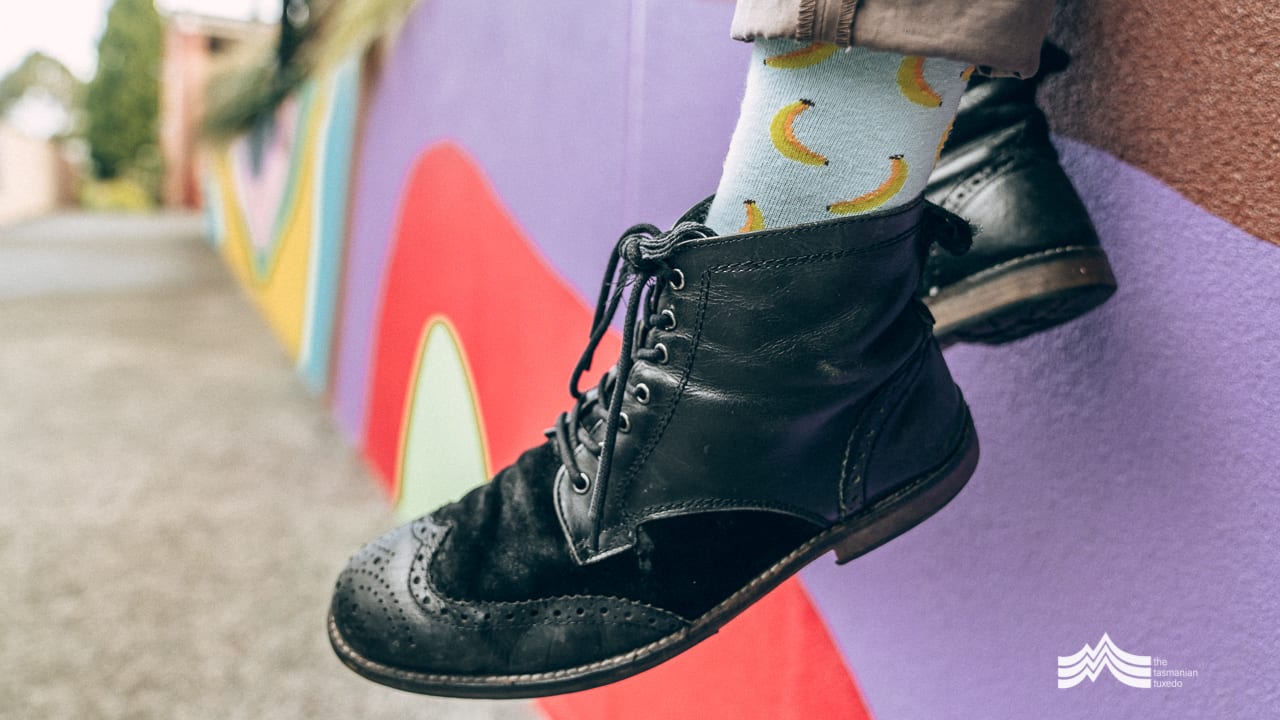 Sam’s voice slows as he continues his recollection, “But it wasn’t all happy endings. The sad part was many of my straight male friends remained silent about the subject. The fact that they didn’t say anything was really challenging for me. Often they stopped getting in touch and took a step back. It was probably a reflection of the broader North West coast mentality, but it still saddens me when I think about it.”

“I guess I noticed a little bit of backlash, but being the youngest of five I think I’m pretty resilient.”  Sam goes on to explain, “I will always be grateful for the support I received from my teachers at school, however their personal support was not reflected by the Catholic Diocese. Just a few short weeks after I came out, they sent home a booklet to all families explaining why same-sex marriage was wrong. It was then that I knew I needed to speak out.”

Sam’s political ambitions soon kicked in and he decided to get serious about campaigning for change. An issue so close to Sam’s own heart was not only set to benefit from his debating, campaigning and negotiating experience, but also from his youthful enthusiasm. “I really felt like if I was serious about taking on this issue, then I needed to be in Hobart and in a more supportive school. It was a really tough decision to move away from the community I had grown up in and wasn’t one I made lightly.” 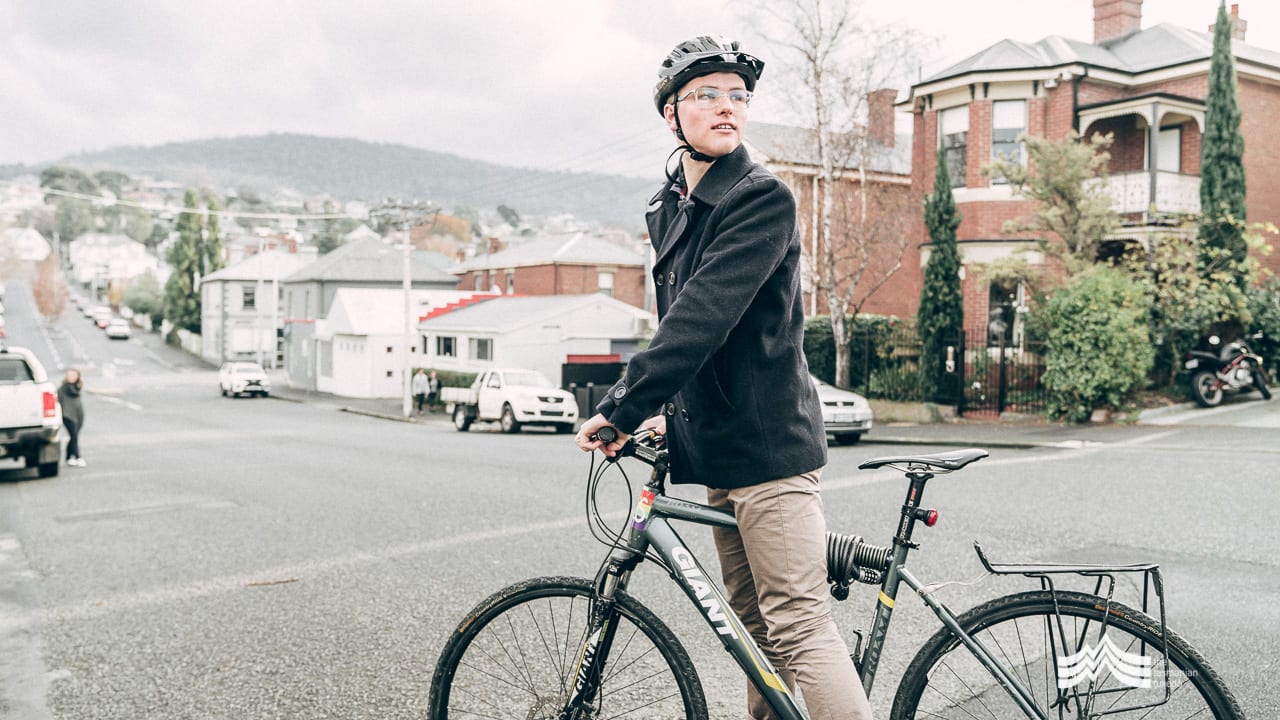 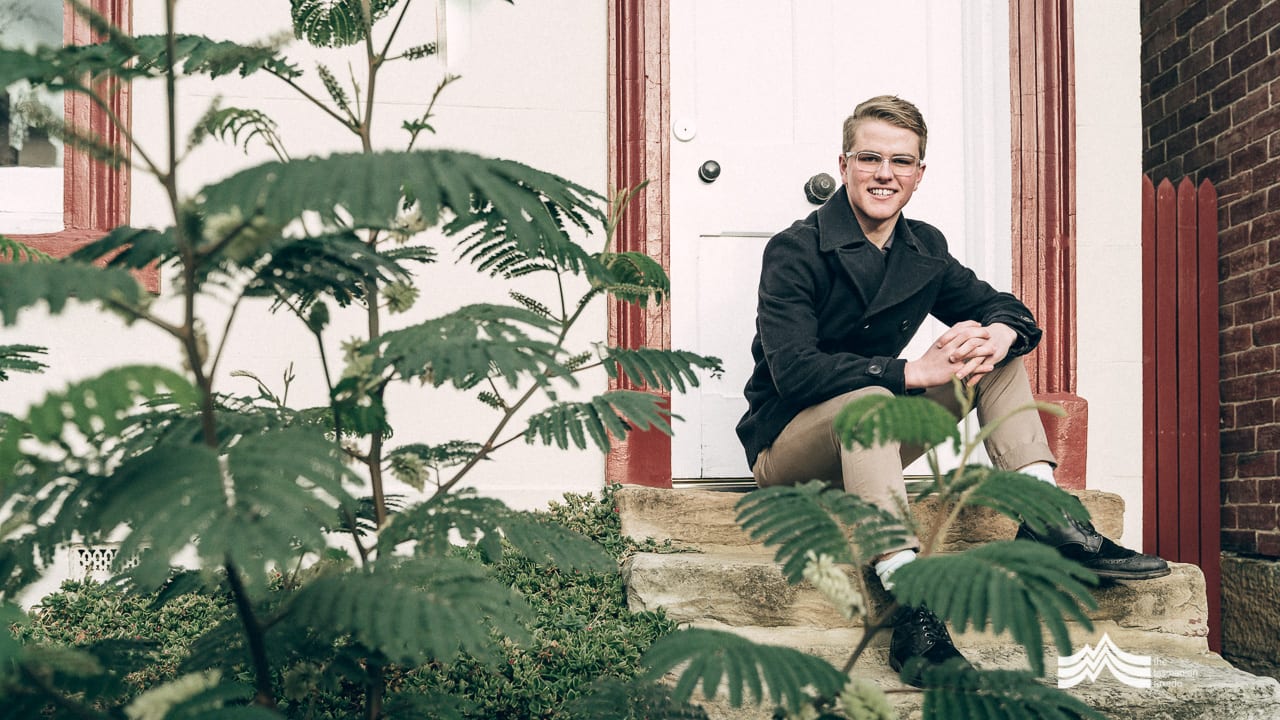 A move to the state’s capital saw Sam land at The Friends’ School. “It was definitely the right move for me,” smiles Sam. “It opened up more doors in terms of what I wanted to achieve on a campaign level, and also provided me with a great platform for personal growth.”

Sam speaks proudly about his role heading up one of Tasmania’s leading independent schools. “I was very surprised when I was elected Head Boy in my final year, 2018,” he grins. “Friends’ allowed me to extend the realm of student leadership. We hosted events and initiatives that really pushed students to inquire, and I could feel the community behind me whenever we did something to promote diversity. At our graduation last year, I encouraged the entire student body to use the fantastic education they were receiving to change the world for the better… and that’s honestly how I feel. I’m so grateful for what I received there.”

“Since then I’ve spoken out for the right of every student to feel safe, supported and accepted.” 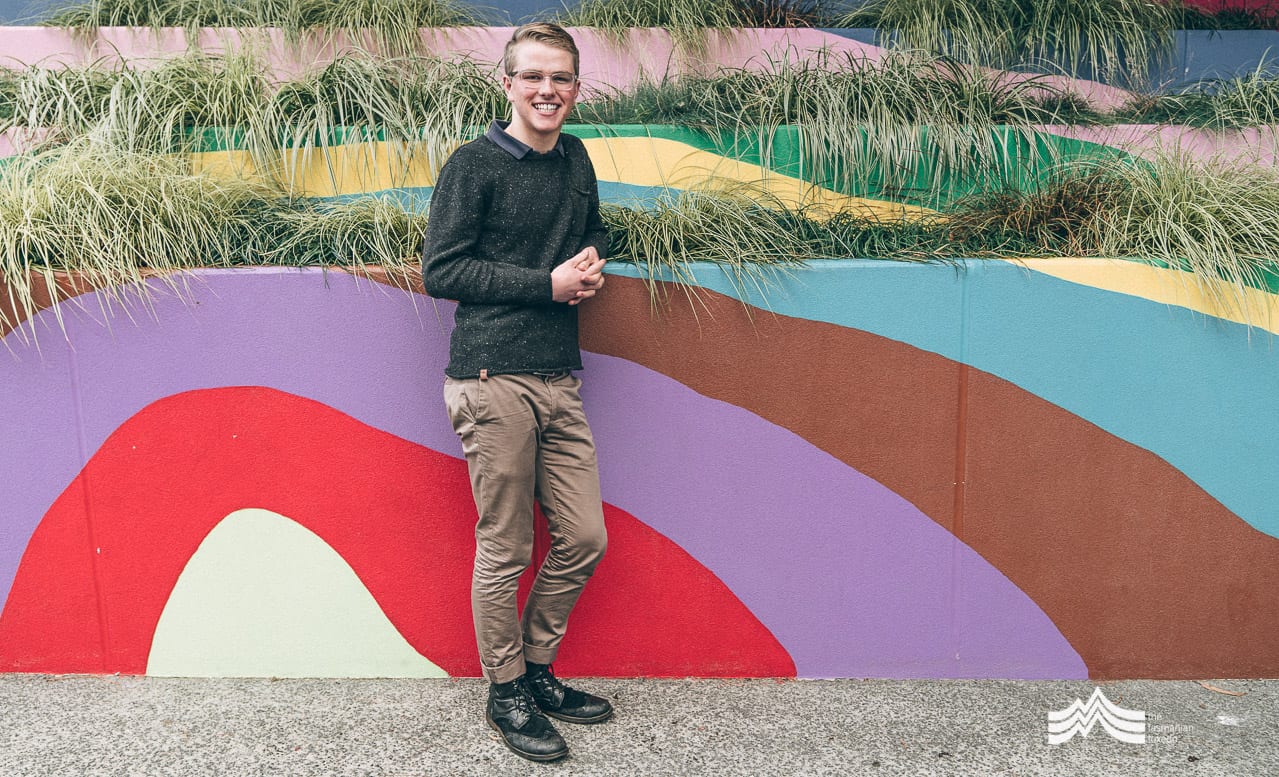 Surrounded by support, Sam channelled his energy into being the Young Spokesperson for Tasmanians United for Marriage Equality. “I was heavily involved in the campaign leading in to the postal vote and it allowed me to speak up for the rights of diverse young people. Campaigning is essentially a form of storytelling, so I got really good at telling mine.”

Recalling that period, Sam explains, “I was on my way to training one day when my friend told me his Nan wasn’t going to vote yes until she read my story. I knew then that if I had just managed to change one mind, then sharing my own story was worth it.” He laughs as he speaks about his own family, “All my family have been great. I remember Nan ringing to tell me she’d run all the way to the post box to vote yes.”

Despite the positive outcome of the postal vote, Sam says it took its toll on many in the community. “The fact my home voted yes really made me feel supported, however the bitter debate that ensued throughout the campaign came at a cost and damaged people in ways that will take years to repair.” 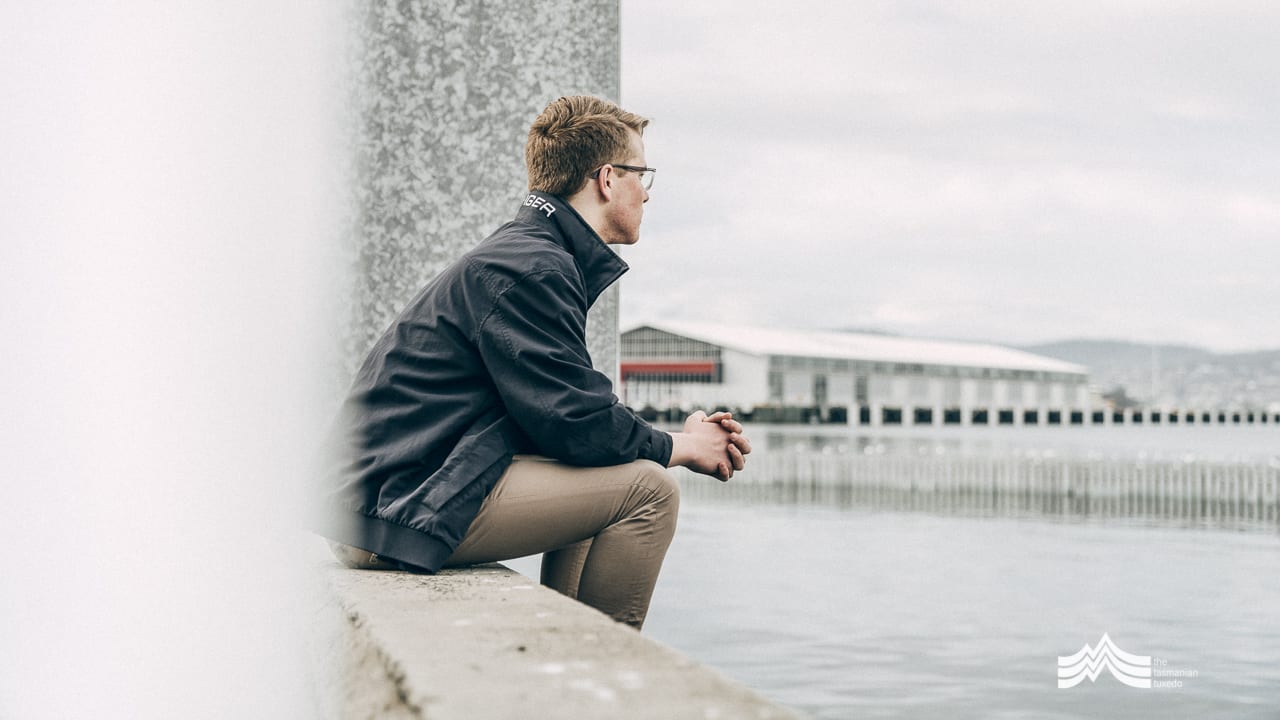 Sam embraced the chance to document a raw and honest account of his experiences by submitting an audio recording for ABC’s Heywire competition. The annual call for stories from youth in regional areas puts young Australians at the centre of conversations that shape their communities. Sam laughs about the response he received from the organisers, “They called me to ask two questions… ‘Is this actually a true story? And ‘Are you really from Ulverstone?’ When I answered yes to both, they said ‘Well guess what, you’ve won.”

“It was nice to finally tell my story like that,” says Sam of the Heywire experience. “While my friends had their girlfriends and public kisses, I had to keep mine secret – we shunned each other in public. Ulverstone was declared the most homophobic town in Australia by Lonely Planet, that gives you a pretty good idea of what I was dealing with. Only a few years before I was born, anti-gay rallies were still being held in the civic centre in town and being gay was a criminal offence.”

Tasmania imposed harsh penalties for homosexual activity right up until 1997, at which point it became the last Australian jurisdiction to decriminalise homosexuality. Following the change, political and social attitudes morphed rapidly, favouring LGBTQI+ rights and leading to Tasmania becoming the first Australian state to introduce a relationship registration scheme to include same-sex couples.

This vibrant and confident young man is optimistic about the future. “I really hope to reach others and promote more open conversations,” says Sam. “Tassie has had a 25 year transition…we’ve gone from homosexuality being a criminal offence to us now having the best laws in the country. That’s great progress, but there’s still more to be done.”

Sam’s quick to identify some of the gaps. “While winning the debate and legalising same-sex marriage was an important step forward, we have a way to go yet and it’s why I continue to advocate for LGBTQI+ support in schools, especially for youth living in rural Australia. I know my home town still has a lack of role models and support services,” he states. “There’s no same-sex sex education in schools. Yes, we talk about being accepting, kind and welcoming but that’s just part of it. We have a lot more to do in terms of support services and visibility.”

As he contemplates university study and options for the future, Sam is taking a gap year and working in Hobart for Labor Senator Carol Brown. “This is a great opportunity for me to gain further experience in the political sphere. Senator Brown is Shadow Assistant Minister for Infrastructure and Regional Tourism, and Shadow Assistant Minister for Tasmania, so I’m learning a great deal and giving it my all…it’s been a whirlwind so far with the election campaign taking up a significant portion of time to date. I also feel honoured to have recently being recognised in The Tasmanian Young Achiever Awards, earning the First National Real Estate Leadership Award.”

“It’s so nice when those you least expect come up to me to say ‘great speech’. Support often comes from the most unexpected people and that’s really touching.” 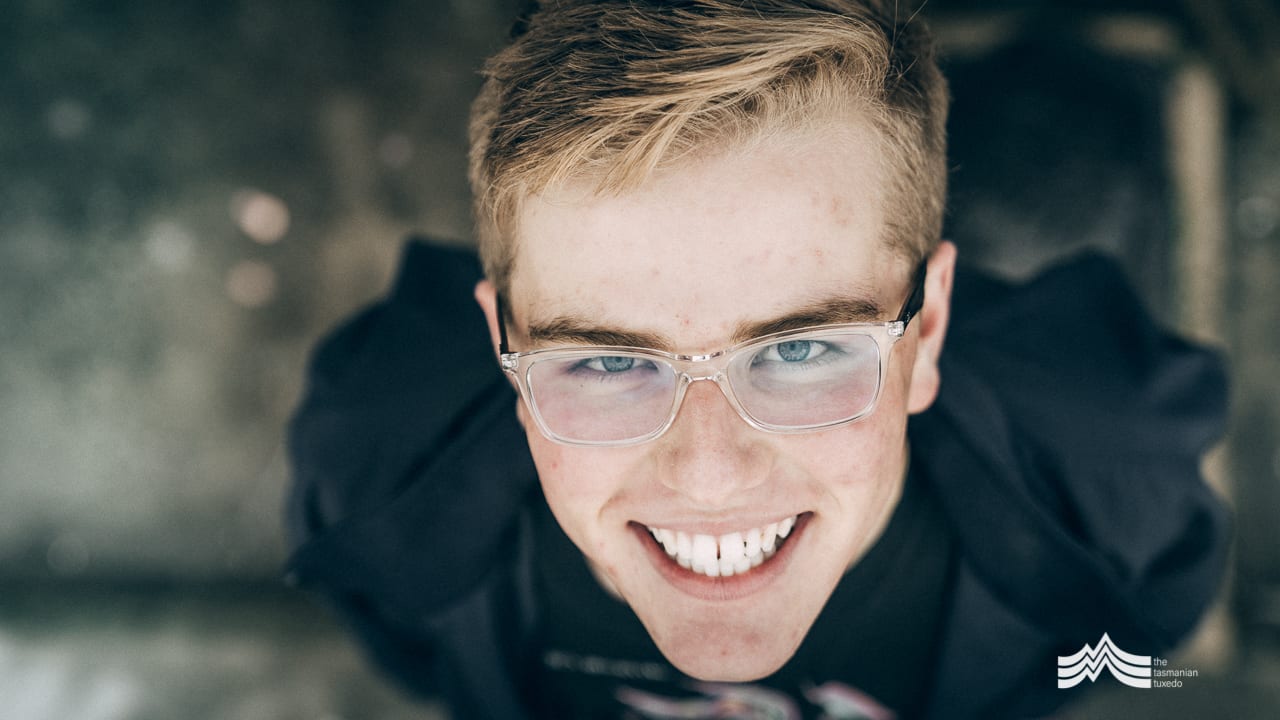 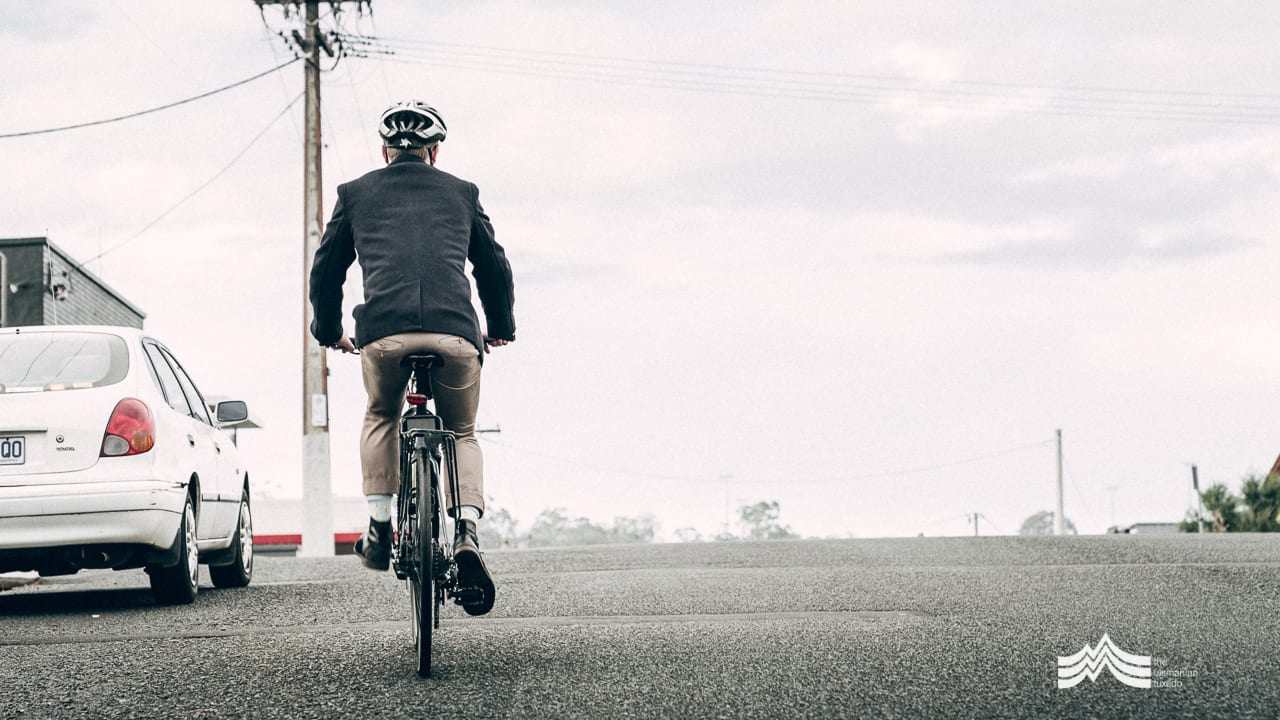 Listen to Sam’s Heywire story, and keep up with all the latest by following him on Instagram.