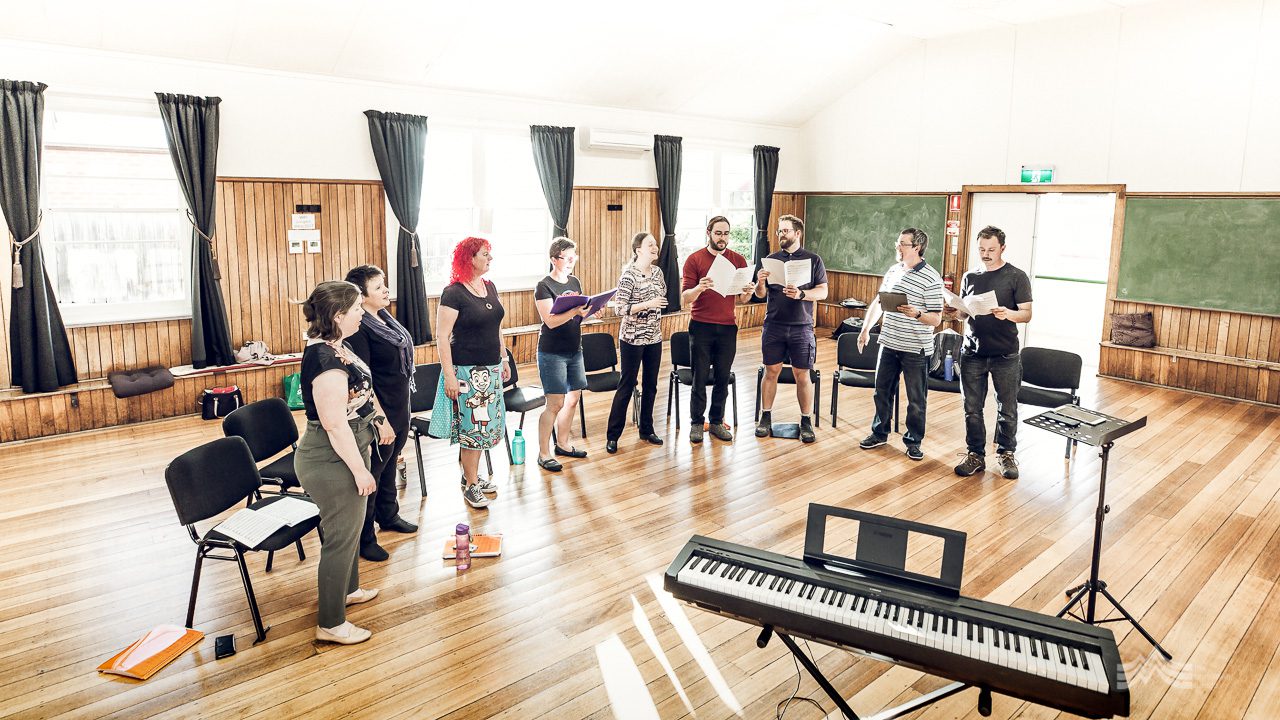 ThylaSing burst onto the Hobart music scene just over two years ago. This energetic vocal ensemble is a dynamic mix of voices dedicated to pushing the boundaries of contemporary sound. In the words of founder, Aaron Powell, “We’ve been ambitious in a sense, but have quickly become well known and are now starting to receive a steady stream of performance requests.”

ThylaSing are an acappella group, meaning they sing unaccompanied. It’s a refreshing sound, sometimes haunting, but beautiful in its many different forms. With a focus on modern arrangements, it’s particularly interesting to hear their take on a collection of well-known tunes.

Involved in a plethora of local events Aaron explains his drive to bring together what has quickly become a group to hold its own on the Hobart music scene. “Festival of Voices, Australia’s premier celebration of song, was a turning point for me,” he explains. “I was watching all these amazing interstate groups perform in a range of styles, each with their own different focus. I realised that although in Hobart we have lots of great community groups and classical choirs, there were limited avenues for vocalists to perform contemporary pieces.” He pauses for a moment, “I could really see a gap in the local market for our vocalists.” 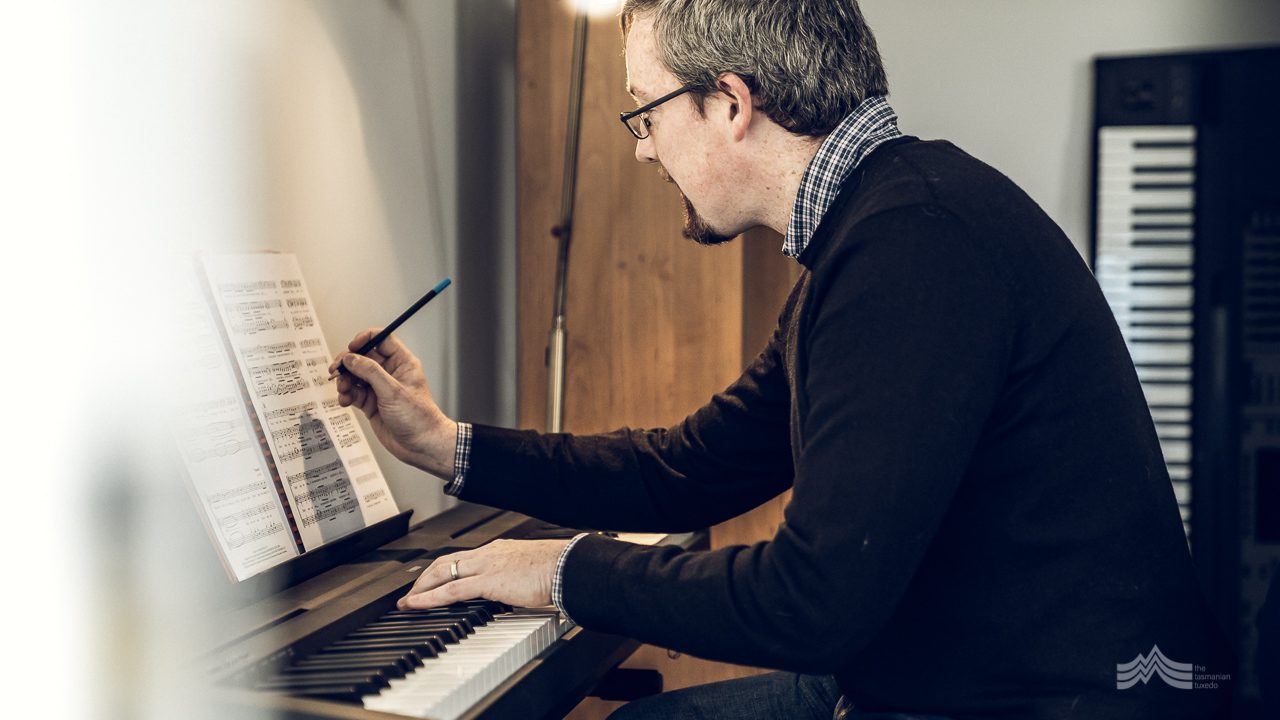 Growing up playing the piano at home and then singing his way through high school, Aaron threw himself into musical theatre in his mid-late teens. “My interest in theatre quickly led me into the role of Musical Director, and rehearsing and directing the music for shows turned out to be a fantastic experience,” he says. “But as I went on to my first real choral directing roles I really found myself facing a steep learning curve. I took on the Rosny Children’s Choir and then the ABC Giving Tree Choir, amongst others. I loved that period and certainly learnt a lot working alongside visiting music directors from further afield.”

Aaron’s passion for music is clearly evident. Whilst completing his training as a classical pianist here in Tasmania, he maintained his love of song by lending his tenor chords to vocal groups whenever an opportunity arose. “After getting involved in some vocal coaching I realised how much I enjoyed it. A Bachelor of Teaching just seemed like a logical progression for me and today I derive so much joy from working with young musicians and vocalists.”

It’s not just his day job as one of Hobart’s most skilled music and performance teachers that keeps Aaron buzzing. “ThylaSing has bought together some outstanding professionals. They all share a genuine passion to try new things and to push themselves. It’s really exciting to work with such an energetic and talented group of performers.” 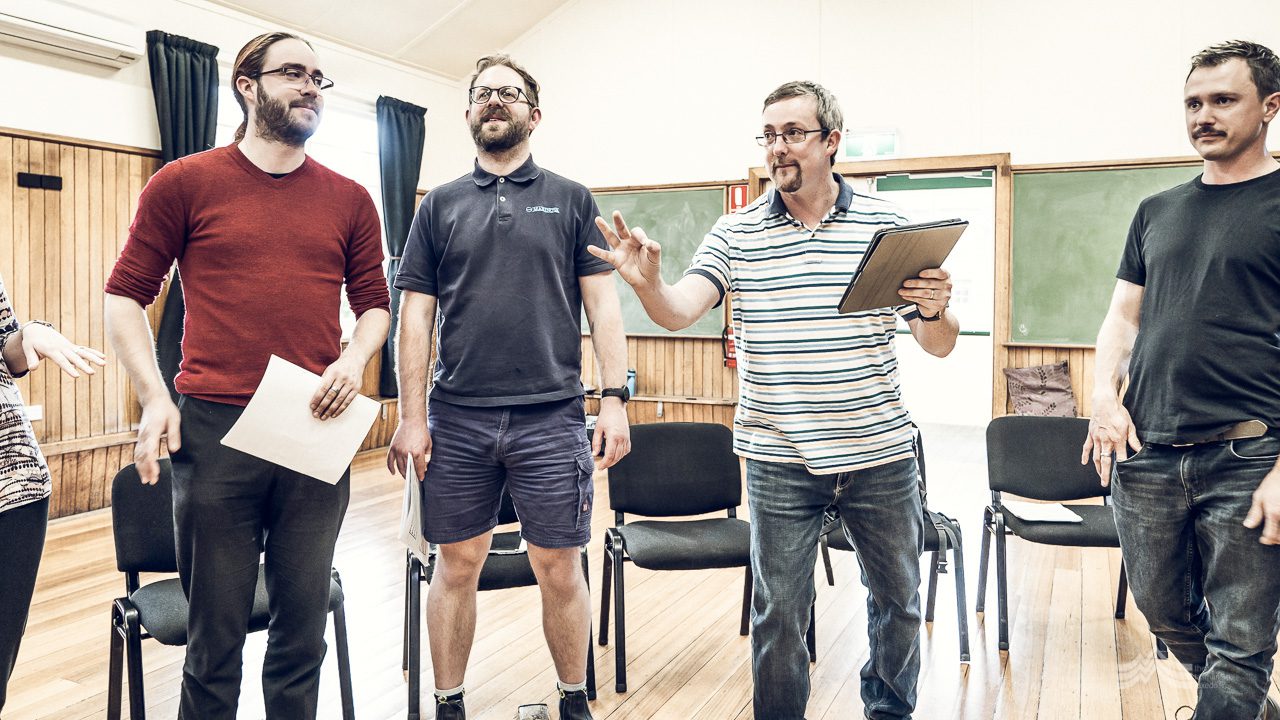 “The majority of the group have turned out to be music teachers, conductors of other choirs, or instrumentalists who also like to sing,” says Aaron. “They are all experienced performers who were looking for a high quality vocal outlet. It’s been really exciting to bring them all together and to hear everybody express their appreciation at their involvement in being in a group like this.”

ThylaSing’s repertoire consists of primarily contemporary pieces, however they do experiment with a range of different styles. With a regular line up including artists such as Queen, Coldplay, Sting, Phil Collins and Toto, the group are hitting the mark with a wide local audience. “We always have heaps on the go in rehearsal and then we choose select pieces to really polish in the lead up to a concert. Occasionally we’ll through in some body percussion too. It’s a bit of fun.”

“At any one time we usually have about 15 singers. We cover all voice types and are the envy of a few groups at present as we have more tenors than bass voices,” Aaron laughs. “The group’s a great balance as we have a pretty even gender split and a variety of ages as well.” 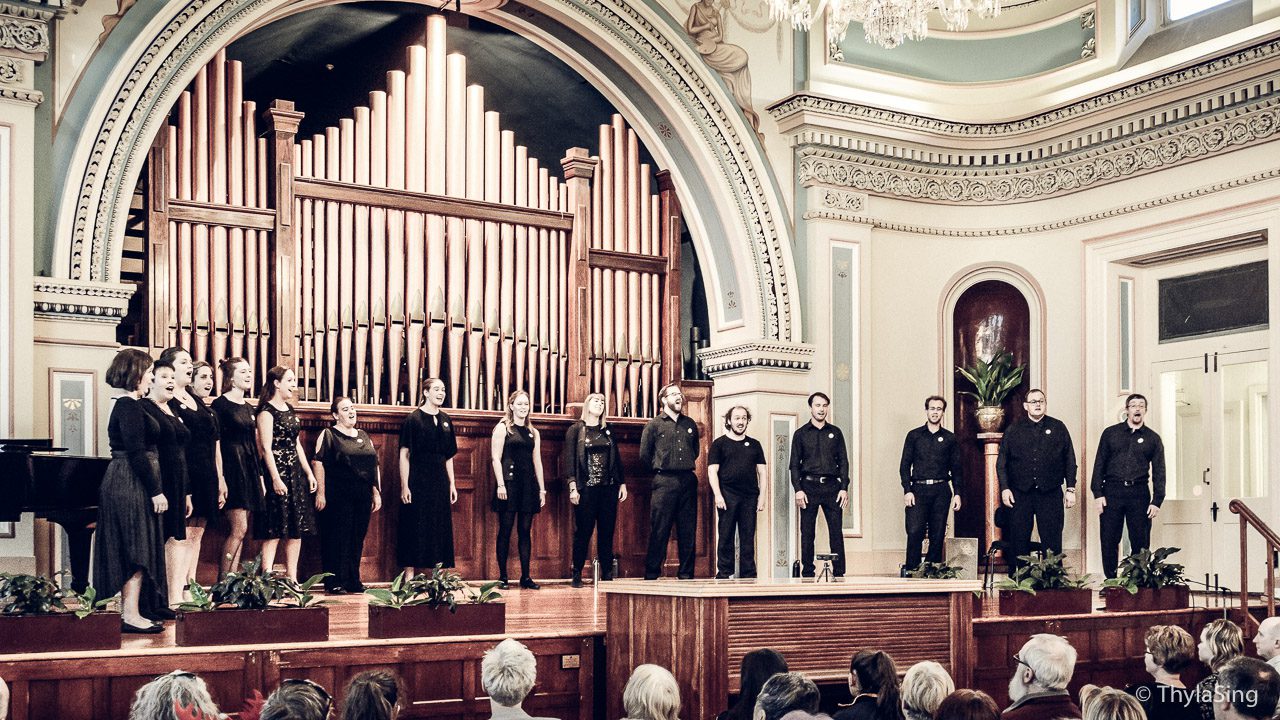 Weekly rehearsals see Aaron challenge his peers with his arrangements. “The beauty of ThylaSing is that we all work together,” explains Aaron. “It’s very collaborative and everyone suggests ways to overcome problems in a piece. I think what we’re doing is pretty innovative and exciting. It’s a great environment for professionals to enrich their skills and bounce around different approaches.”

ThylaSing’s challenging repertoire sees them singing music in at least four parts, often in six or seven. Most members read music well and can sight-sing. “We learn music quickly and work hard to polish and refine our pieces,” says Aaron thoughtfully. “Everyone loves taking a favourite piece and giving it new life. We also all really enjoy the challenge of singing from memory.”

“We really are a vocal ensemble, not a choir,” Aaron continues decisively. “Our aim is to be the premier Tasmanian vocal ensemble and I think we’ve gotten off to an amazing start. The response has been very encouraging and we’re now starting to build a strong event base and see performance requests come in regularly.” 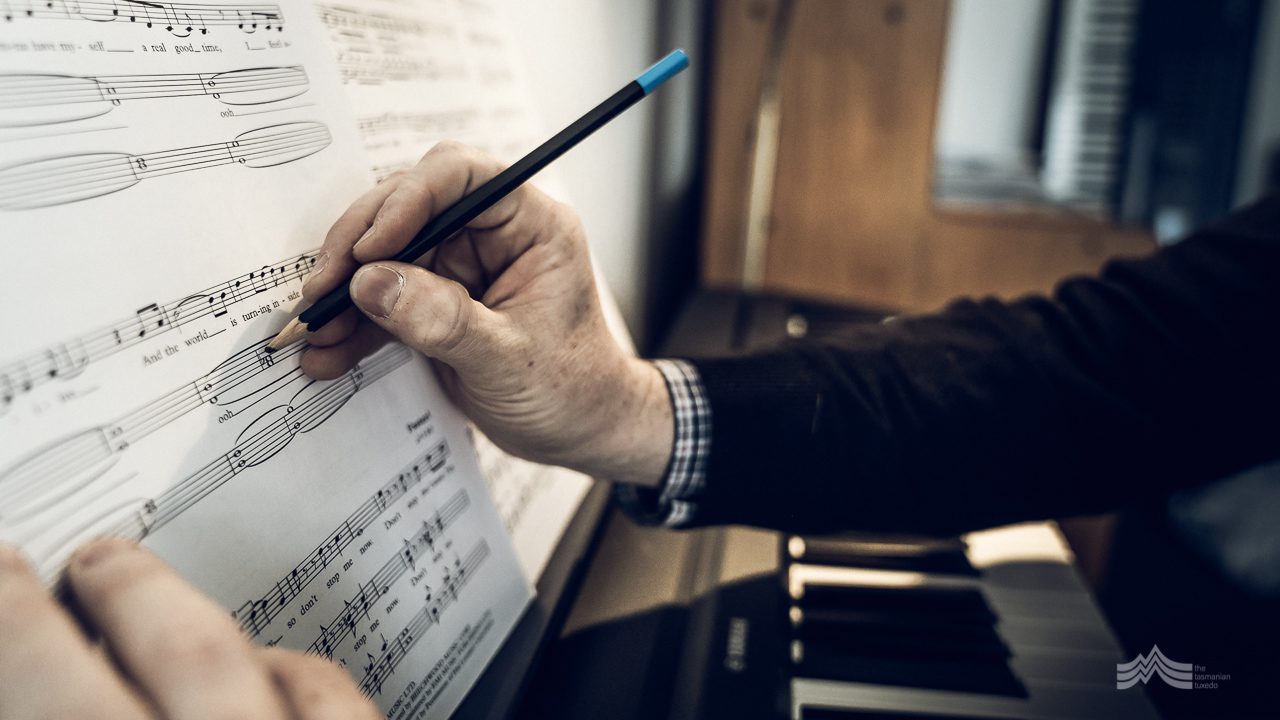 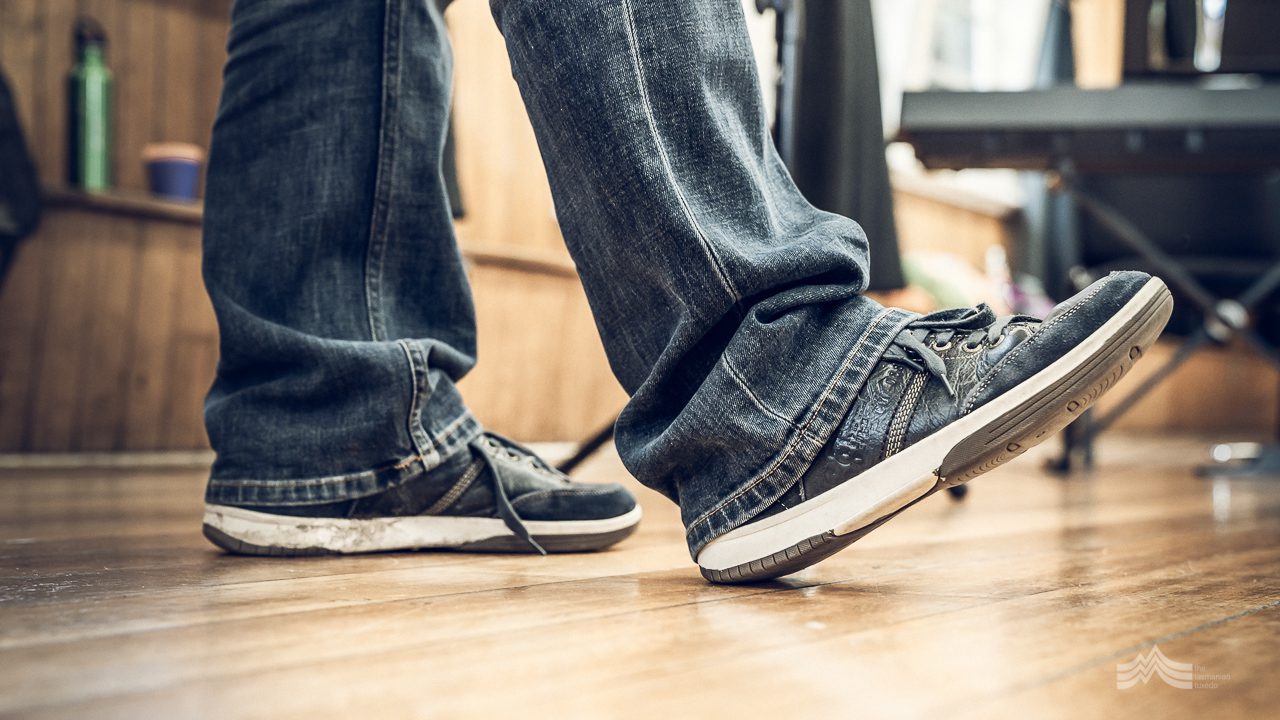 ThylaSing has enjoyed a busy two years. They’ve taken centre stage at events for the Cancer Council, the Tasmanian State Government, and this year’s Festival of Voices. “Being approached to perform our own concert as part of the Festival of Voices was really the feather in the cap. The festival was where my inspiration started and to be heavily involved this year was really exciting for us.”

It’s clear ThylaSing gives back to Aaron just as much as the group gives to its audience. “I’ve loved the chance to sing with likeminded people,” he says. “Everybody contributes and together we make decisions about phrasing and breathing dynamics. We all work hard and appreciate each other’s efforts, but at the same time it’s also a social outlet and we have a lot a fun too.”

And the name? “We wanted something uniquely Tasmanian. It had to reflect our style and our location,” recalls Aaron. “It actually took a really long time to find something that seemed right. There were a lot of options thrown on the table and in the end this one rose to the top.” 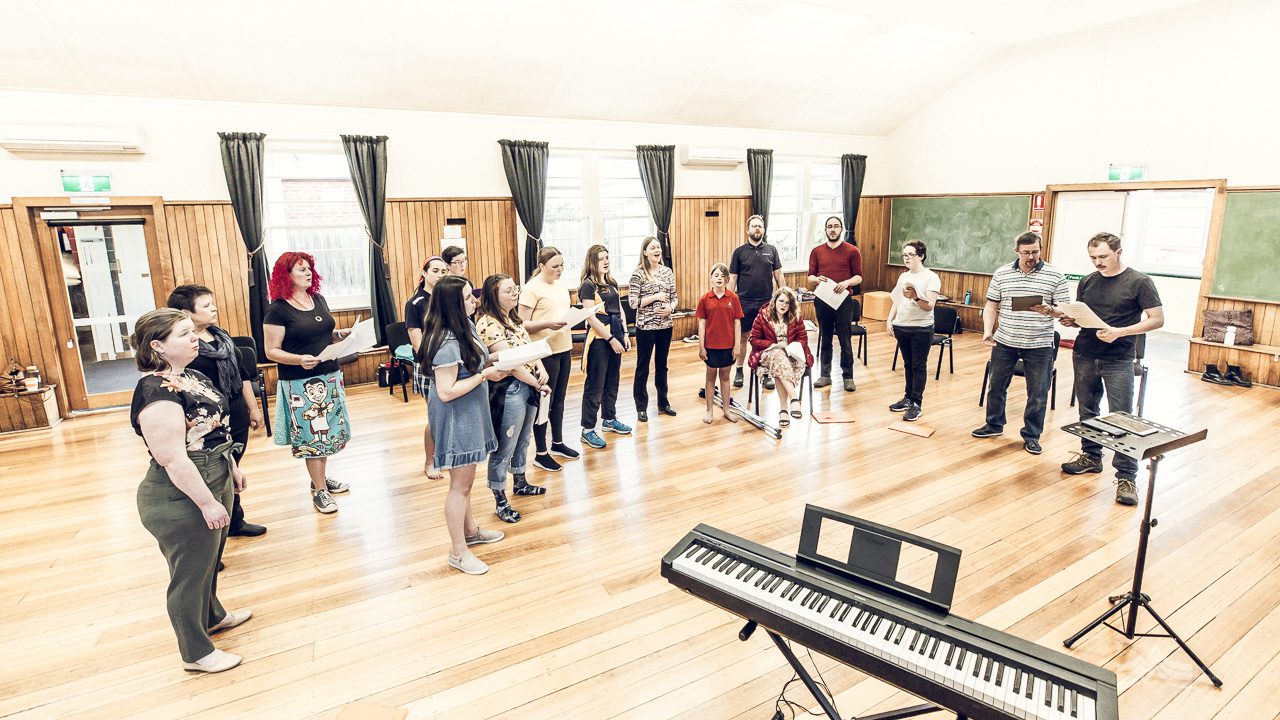 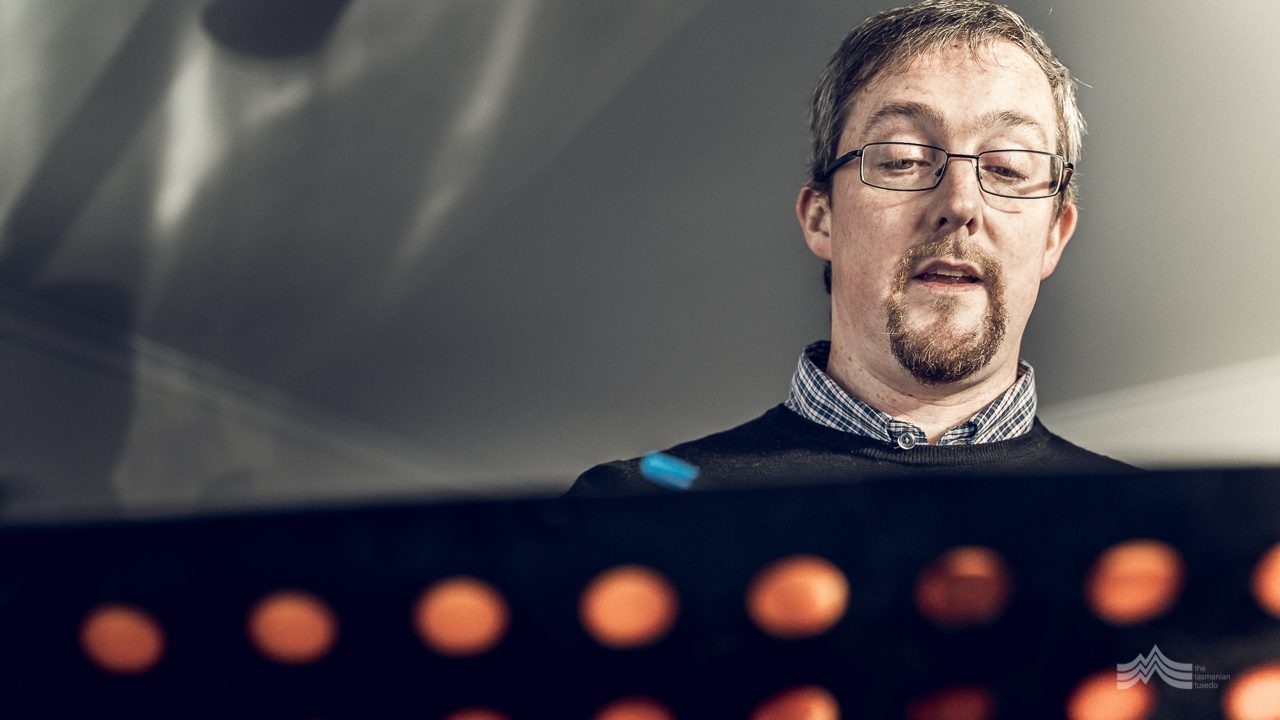 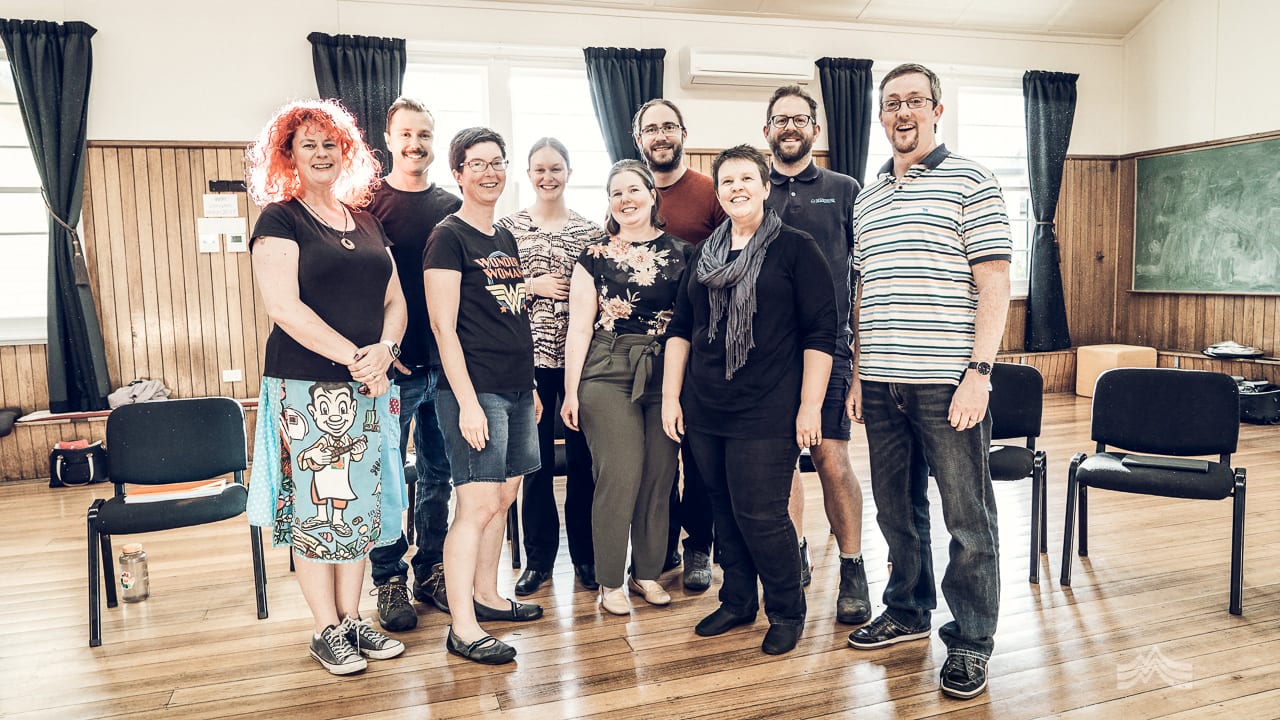 ThylaSing’s next performance is at the Hobart Town Hall on Monday December 9. Tickets are available here.