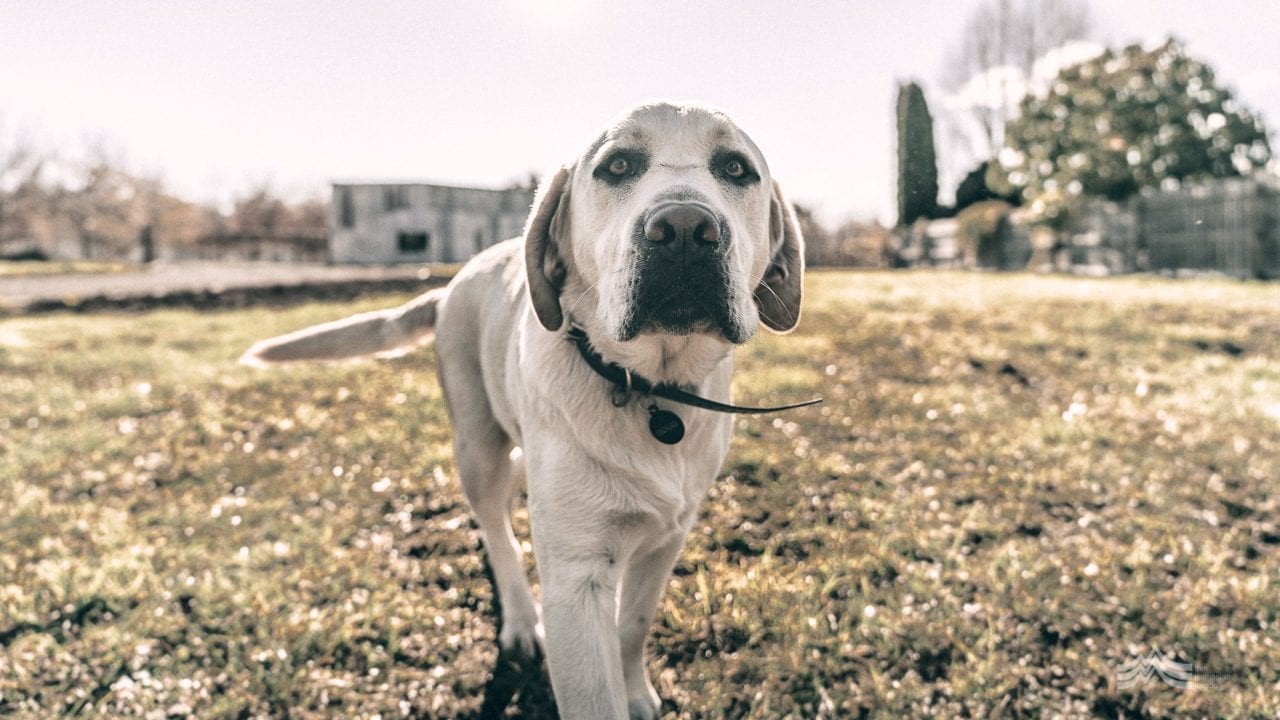 He’s everyone’s best mate. Happy, friendly, and oh so social. His kind eyes will follow you through the paddocks, and he loves nothing more than a chat and a long afternoon lazing in the sun. But when work calls, he’s focussed and clearly on a mission. With a determination for success and a passion for Tassie quality, his sense of smell is finely honed. Welcome to the world of Doug the truffle dog.

This two-year-old golden Labrador calls the Terry family property home. Doug reigns supreme over 400 acres of picturesque farming country nestled in the foothills of the Great Western Tiers. His nose is key to the success of Australia’s first black truffle farm.

“Our parents planted the first trees back in 1994,” explains Henry Terry, who now manages the family business alongside his sister Anna. “Growing truffles was previously unknown here. They’re traditionally the domain of the French and this was a completely new industry, not just for Tasmania, but for the entire southern hemisphere. Our first harvest in 1999 was quite ground-breaking. I remember that time well, and how it kickstarted a need for our parents to explore the markets and build new business relationships entirely from scratch. It was a real challenge but very exciting at the same time.” 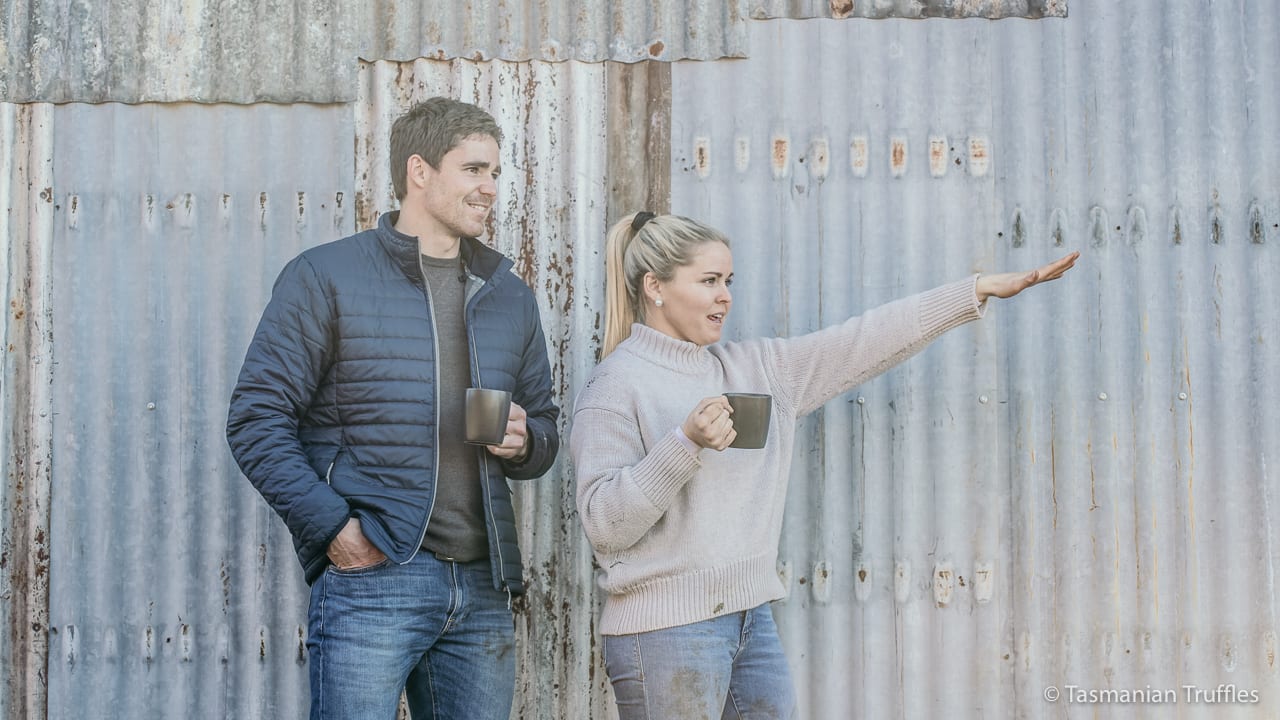 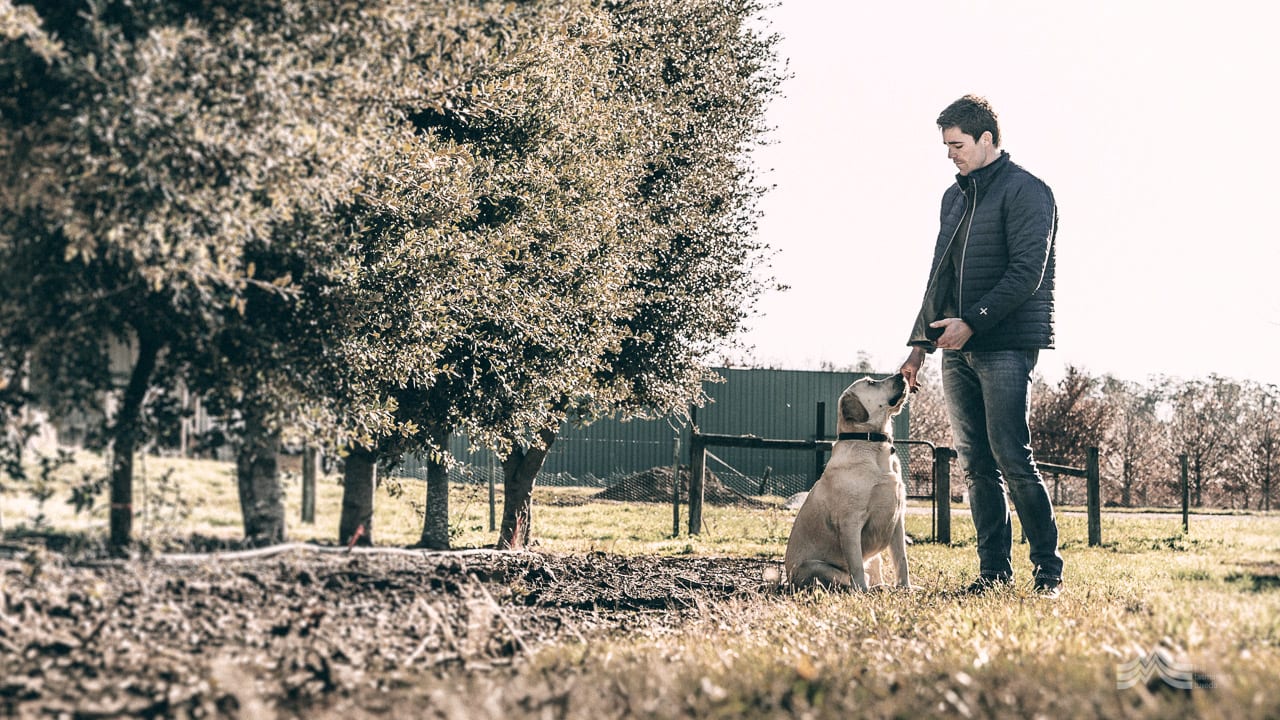 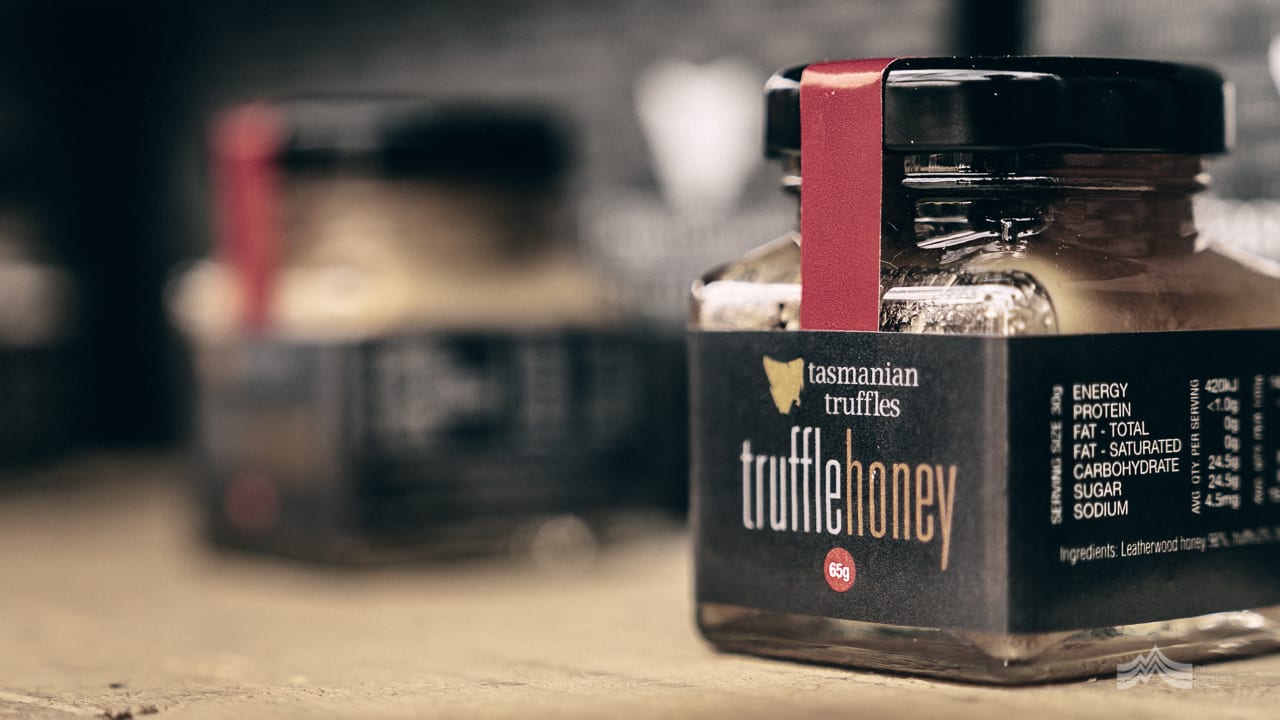 “It’s a bit like the regional nature of champagne,” continues Henry. “Black truffles have have been grown in the southeast of France for centuries, so producing them in Tasmania was a real coup.” Whilst over 80% of the world’s supply is still maintained by the French, it’s intriguing to watch truffle groves emerge in other locations across the globe. Clearly the right conditions for successful cultivation also occur elsewhere.

This rare and almost mystical delicacy is essentially the fruiting body of a fungus. Often referred to as ‘the diamonds of the kitchen’, truffles are subterranean wonders that develop underground among the roots of certain species of trees. “Our trufferie consists of mainly English Oak,” explains Henry. “They are used widely throughout Europe and also grow really well here in Tassie. Black truffles tend to be associated with oaks and hazelnuts both of which do very well here.” Henry continues his explanation, citing the growing conditions that support fruitful truffle production. “We see optimum yields after hot summers and cold winters. The heat initiates the fruit and then we just have to hope that the winter is relatively dry…waterlogging will cause truffles to rot.”

A culinary delicacy for centuries, truffles remain a sought after commodity for high end restaurants. “They really are a celebrated ingredient and after the change we’ve seen in the food industry in recent years, they’ve now become so much more accessible to home chefs as well and that’s really exciting for us.” 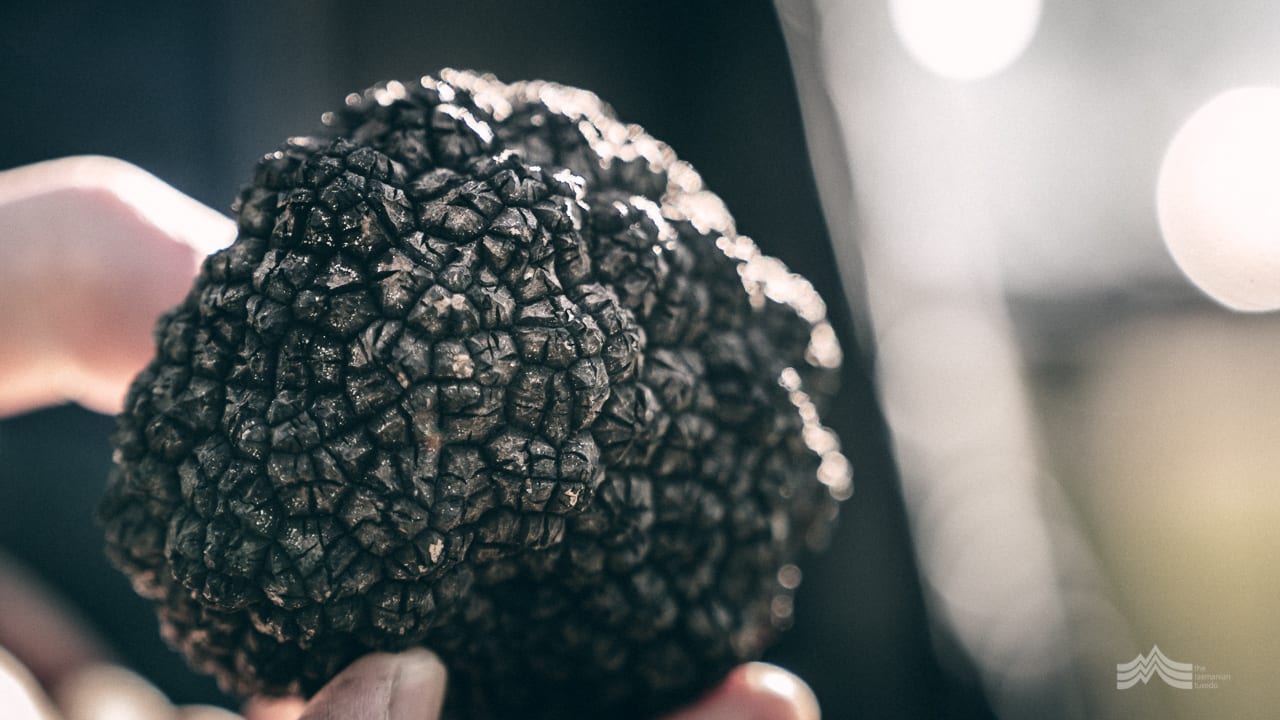 Indeed, this energetic young duo should know, having appeared on the Seven Network’s My Kitchen Rules during 2018. “Since that experience, we’ve really noticed Australians opening up to our product. The barriers have been quickly coming down. Home chefs are willing to give truffles a go and they are no longer the domain of high end restaurants. In response to that change, we’ve been able to launch products aimed at the retail market. Truffle oil, honey, balsamic vinegar, mustard, salt, butter, chocolate, ice cream…you name it, we now offer a wide range of options for people to explore with the truffle flavour. That widespread shift in the Australian food culture that’s seen everyday cooks keen to embrace new tastes has been golden for us.”

“We started experimenting a few years ago at home with various products,” explains Henry. “We’d create something new in the kitchen and then test it in Hobart at Salamanca Market. That gave me some really good feedback, and things just went from there. Today we have a commercial kitchen in Deloraine and things continue to evolve as we’re always keen to explore new opportunities. We continue to have a stall at Salamanca too, as that public feedback is so important to us.”

The earthy fragrance of a truffle is quiet overpowering for the uninitiated. “At the height of harvest season you can wander down here on a still day and the smell is really strong,” smiles Henry. “A lot of people are surprised at its intensity.” The pungent and earthy aroma is difficult to describe. A heady combination of musk, garlic and mushroom is perhaps the most fitting attempt.

Henry explains the challenges involved in locating these underground treasures. “In France, pigs are used to sniff out the truffles. They have an innate ability to find them, however they also have a real taste for them and saving them from being devoured can be an issue. We’ve had great success with our truffle dogs and while they do take a bit more training, it’s a method that we’ve found very reliable.” Interestingly, European researchers discovered truffles contain a high level of a male pheromone, thus explaining why female pigs tend to be the best hunters – although once they start digging frantically, one must be quick to intervene and save the treasure buried just below the surface. 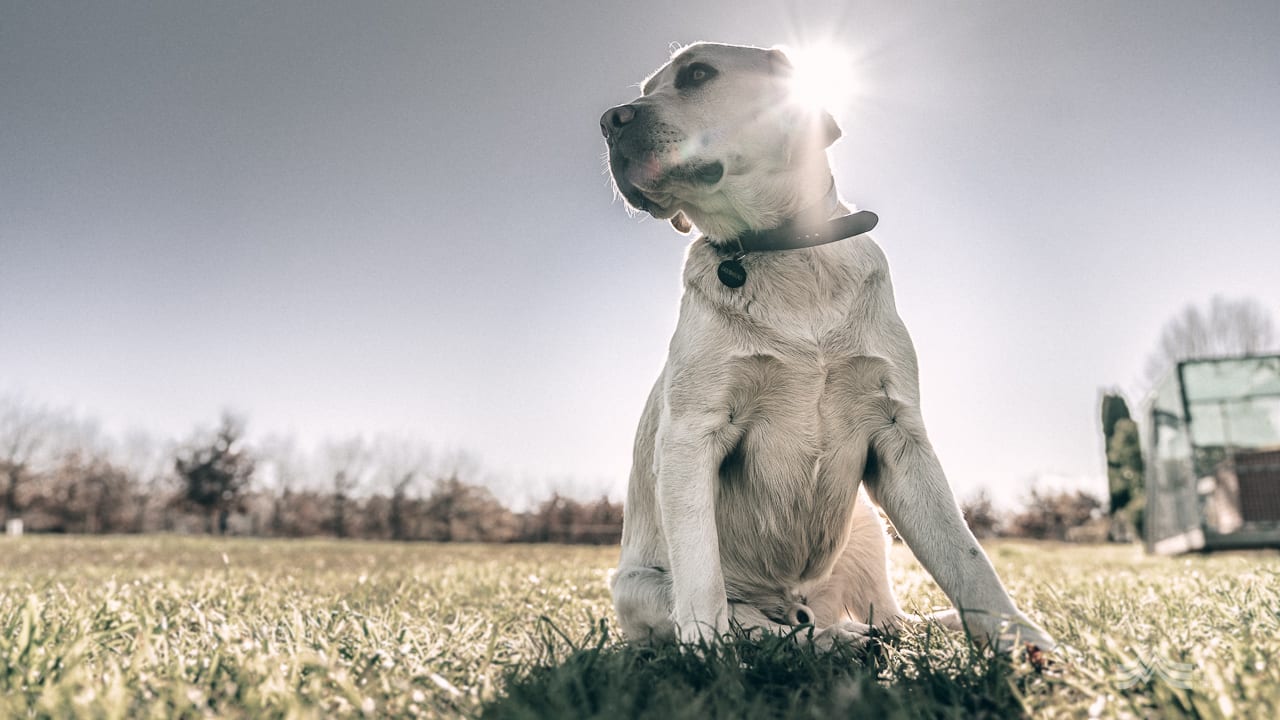 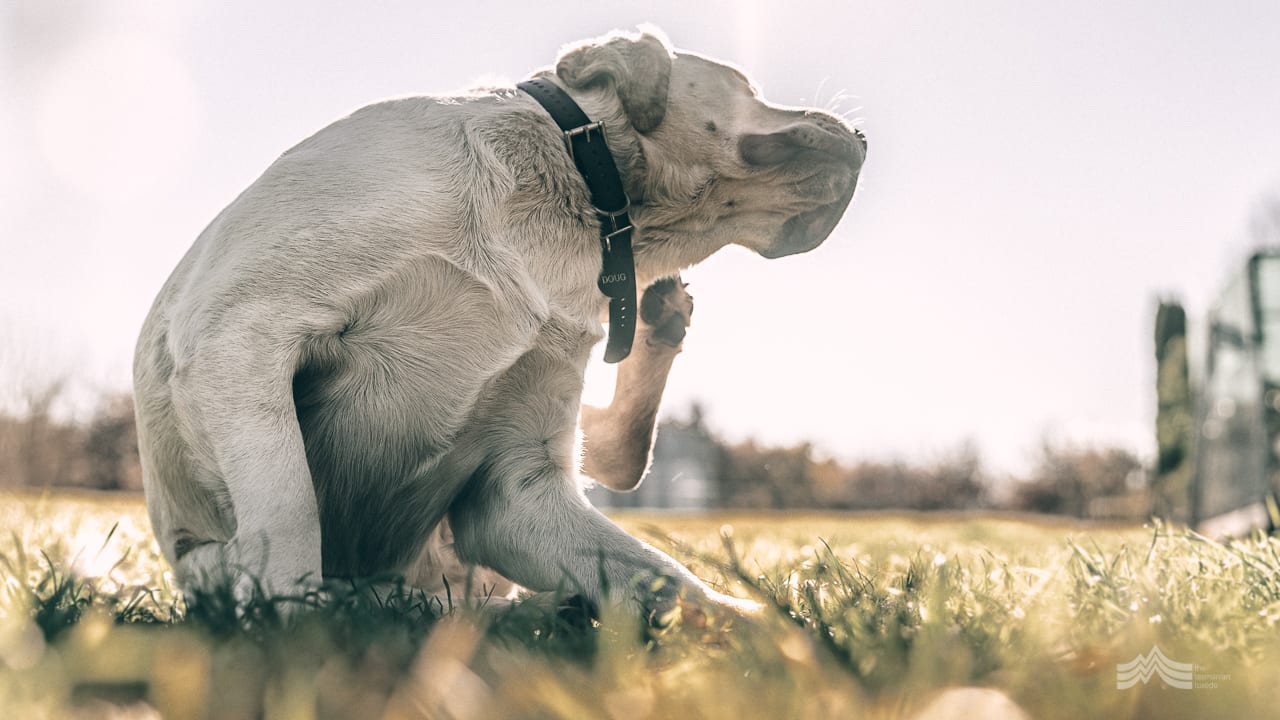 Watching Doug patrol through the trufflery is a delight. He’ll only work under Anna’s instruction and is tuned to her every move. “Truffle dogs are no different to other speciality dogs in that they tend to work with just the one trainer and master…that bond is very strong.” Doug responds readily to Anna’s every command and with nose to the ground, will wander the rows in search of the right scent. A strategically placed paw marks the sight of a truffle ready for investigation and alerts Anna and Henry where to gently dig.

Selecting and training a new truffle dog is clearly time intensive. “You tend to look for a puppy that loves to do the same thing over and over again and not get bored. The dogs that are happy to fetch a ball for hours on end and not tire of the game are the strongest candidates. So are the ones that show persistence and will hunt endlessly for a lost ball in long grass and never give up,” says Henry, stroking Doug’s velvety soft ears. “We teach them about the scent and reward them with treats, rather than letting them get a taste for the truffle itself. Dogs can be well trained just to indicate the site by placing their paw over it.”

Bending to smell the ground, Henry explains how the fragrance is key to a successful truffle harvest. “We’ll check the scent once Doug locates a site,” he says. “Truffles grow very close to the surface, from right under the surface down to about 30cm. You get to know from the intensity of the aroma whether it’s ready to be harvested or whether to leave it for a couple more days. There’s not much in it in terms of harvesting at the right time, it can just mean a wait of a day or two. We don’t want to do it too early…timing is critical.”

With both a summer and winter season, production on Henry and Anna’s farm is rarely at a standstill. “The summer harvest yields truffles that are more earthy and mushroomy, whilst in winter you’ll find they are a little sweeter and fruiter. There’s a short break in between where we have a month or so to complete some maintenance on the trees, however we have to be careful with that as too much interference can cause disruption to the growth of the new truffles. It’s a balancing act.” 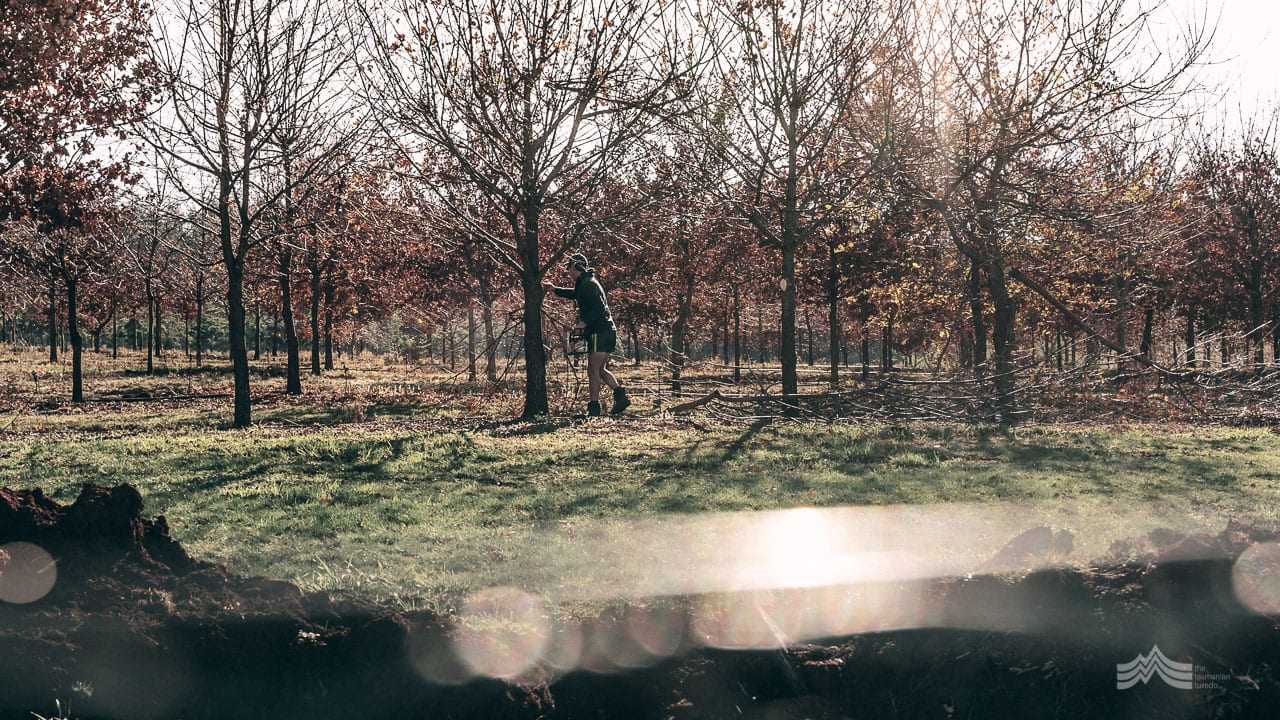 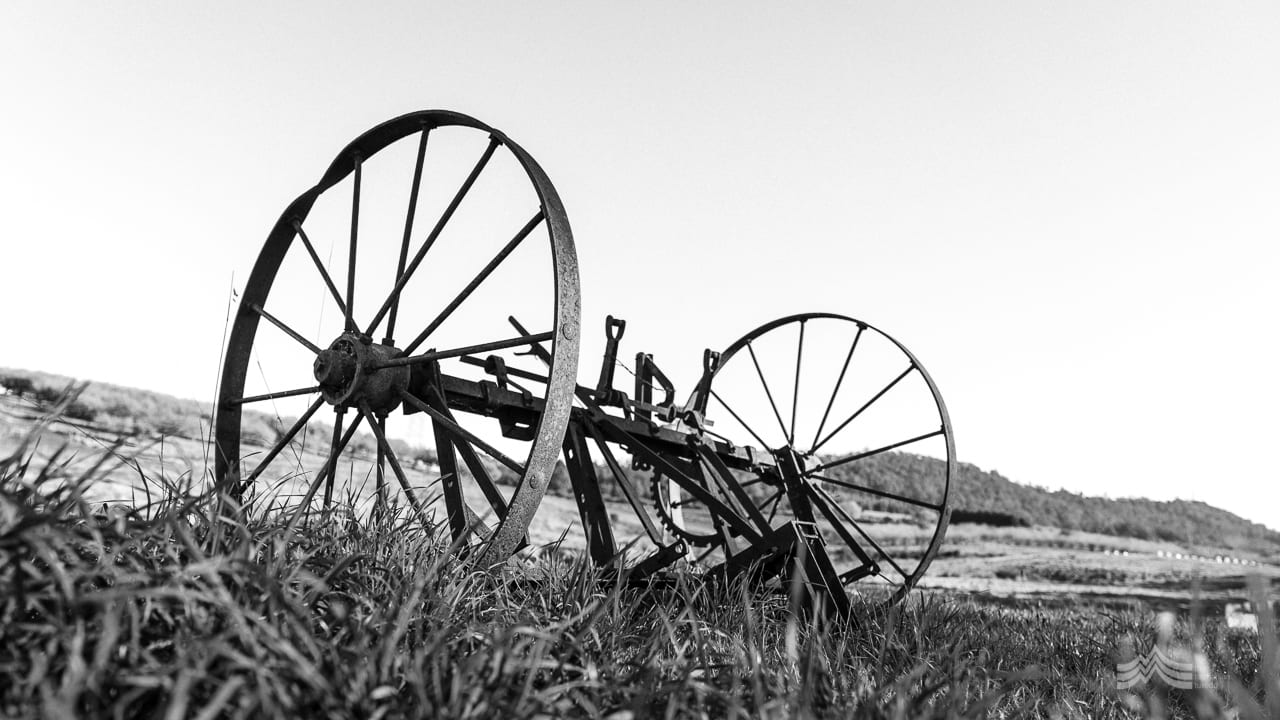 Taking the reins for the next generation, Henry is now back on the farm putting his agricultural science degree to good use. “Well, there’s not too much covered in terms of truffles in a standard ag degree,” he laughs. “But I definitely have been able to apply the knowledge I did gain whilst studying and transfer it to our specific circumstances.” He bends to inspect the base of a tree that Doug has drawn to his attention. “Anna and I grew up here…following dad around on the farm, always learning. Although we’ve both lived and studied away at various times, we’ve always come back…I feel very lucky that we’ve been trusted with the farm and are now able to further build on something that our parents established.”

With an infectious enthusiasm for both his industry and his property, Henry is a young Tasmanian leading the way in this niche agricultural sector. “Whilst Anna and I have lots of plans for the future, we’re also keen to maintain the integrity of what we have here. We love sharing the farm with guests at various points throughout the year…people really enjoy our truffle hunts, but we really want to maintain the boutique nature of what we do. For us it’s definitely quality over quantity.”

As Tasmanian Truffles continues to stand as the country’s premier producer of black truffles, Henry is humble in his acceptance of praise. “Anna and I feel really lucky to now be managing what our parents began. We hope we can do it justice and continue the tradition of innovation.” Bending to ruffle Doug’s coat he finishes, “And with a backdrop like we have here, it’s not hard to find inspiration for the future.” 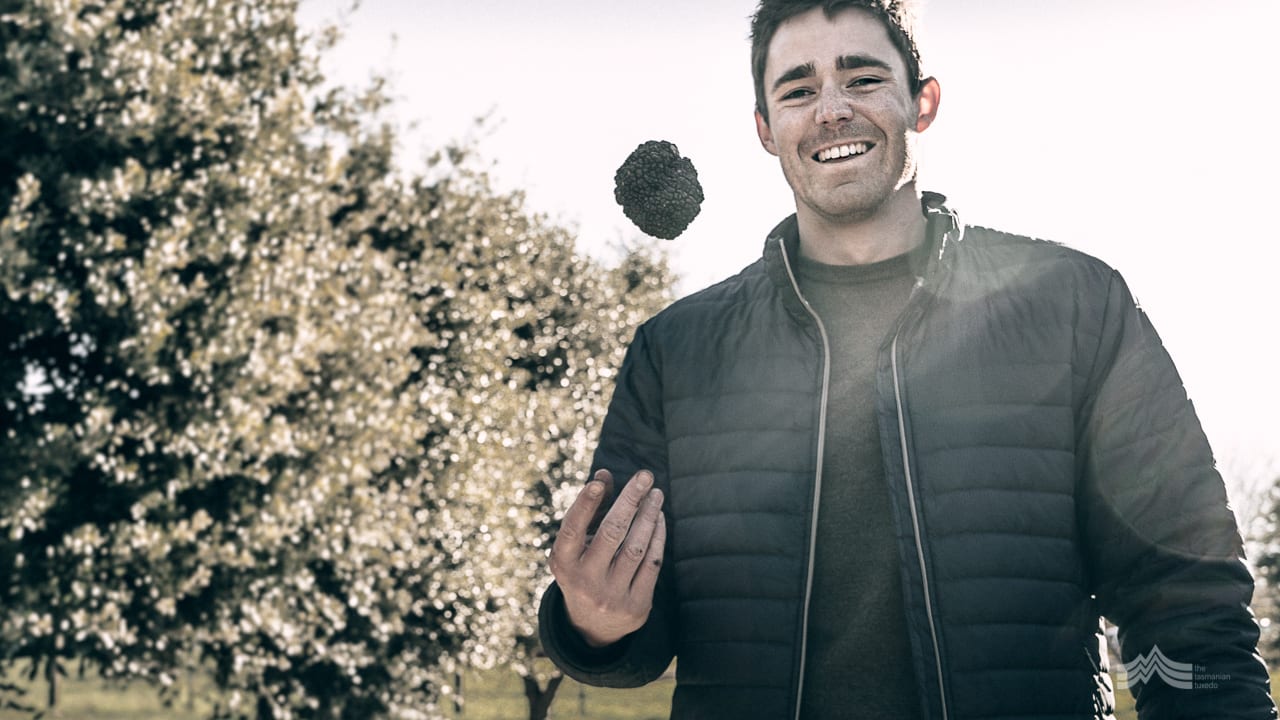 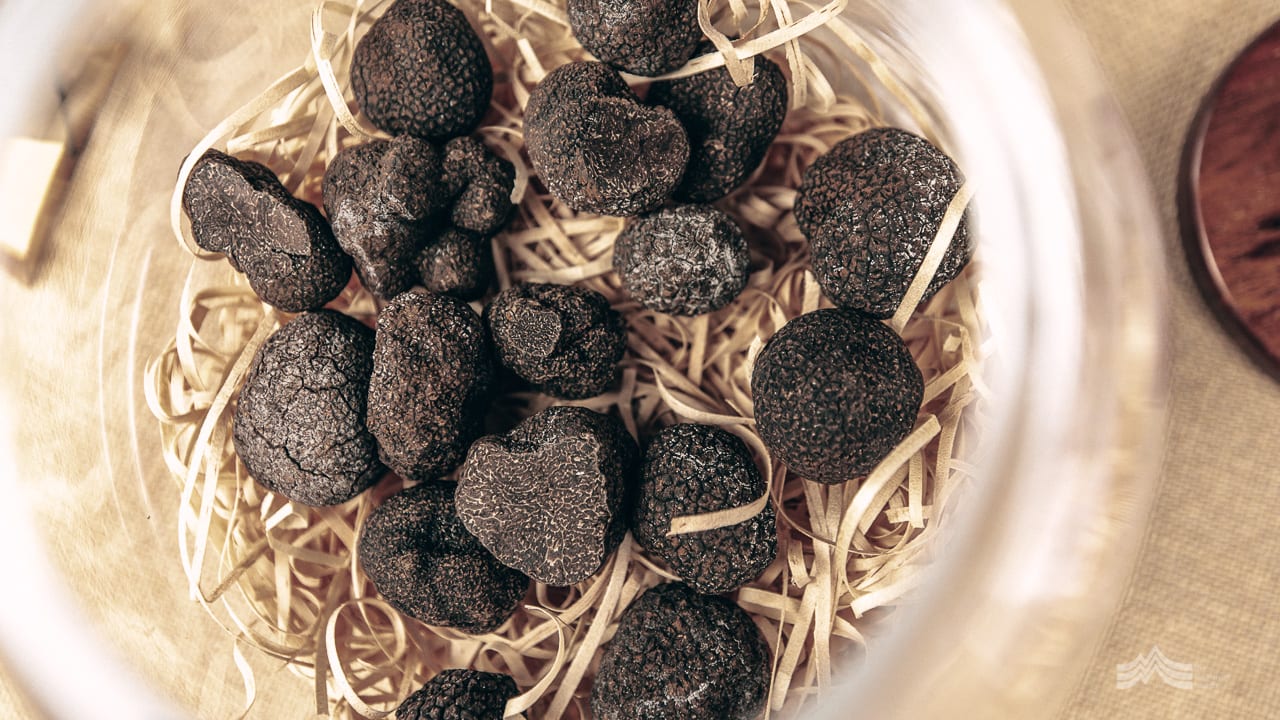 Truffle hunts on the farm are advertised during harvest seasons. Visit the Tasmanian Truffles website for further details and to explore the full product range.