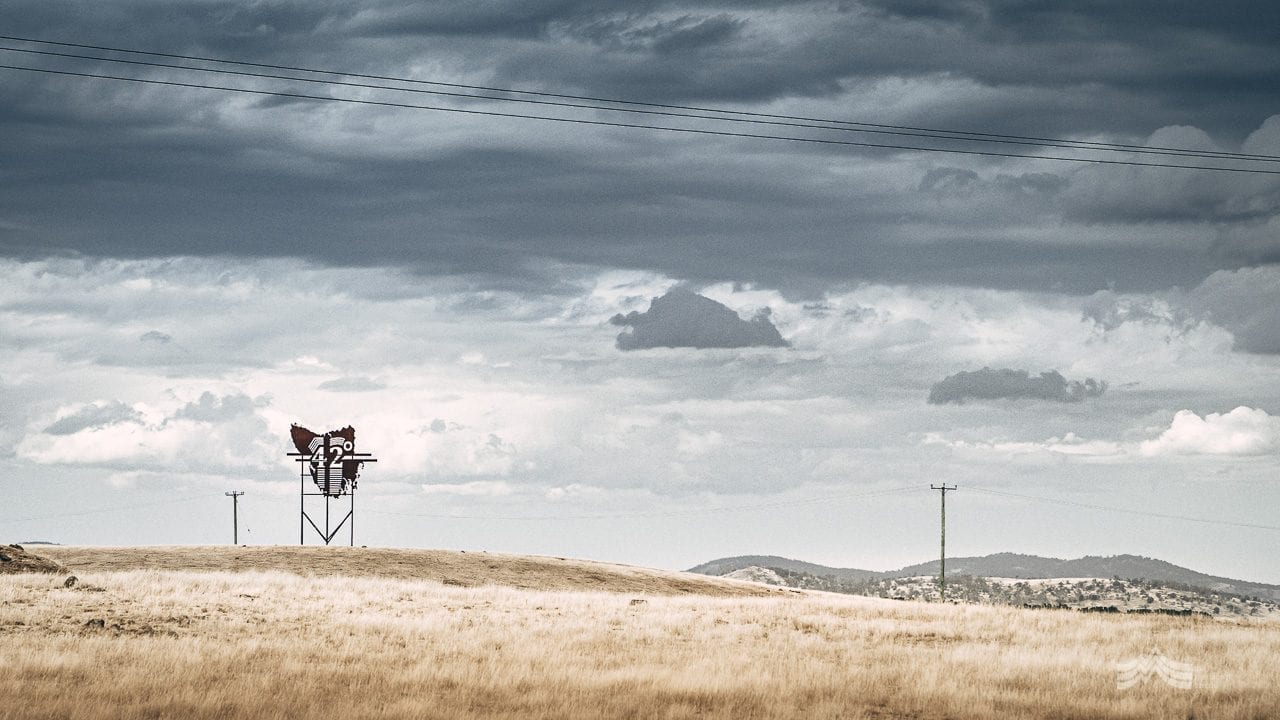 Our island home is characterised by an enduring divide. Conflict and rivalry has existed in Tasmania between those in the north and those in the south for over two centuries. Although formal documentation can be traced from the beginnings of British settlement, we also know that Aboriginal tribes defined their territory by the use of physical features of the landscape such as mountain ranges and rivers. Such geographical features reflected their access to resources and influenced their trading capacity.

The north-south legacy that exists today is an intriguing mix of geology, geography, demographics, economics, politics and social spirit. The imaginary line that runs through the centre of the state is alive and well in the hearts and minds of many Tasmanians.

The first political boundary came into play in Tasmania between 1804 and 1813. Lieutenant-Colonel William Paterson was sent to Port Dalrymple in the north of Van Diemen’s Land. He was not happy with the idea of being under the control of Hobart’s Lieutenant-Colonel David Collins, a navy man. So in the interests of keeping the peace, the NSW Governor of the day subsequently decided to split the island in half, establishing two counties of equal size – separated along the line of the 42nd parallel.

The great divide occurs where the Macquarie River rises, in the heartland of the tyerrernotepanner people. It’s midway between Hobart and Launceston and today recognised as prime agricultural country – lucerne, pasture seeds, cereals, potatoes and poppies are all commonly farmed in the district.

The line of 42֯ passes through Tasmania, through the south island of New Zealand, and through Chile and Argentina. Our little hamlet of Ross is the only town of any real size close to 42 ̊, about 3km to the south of the official line. If you’re driving along the Midlands Highway today, you’ll notice a lone sculpture marking the 42nd parallel. The artwork, Drawing the Line, standing just to the north of Ross in an iconic Midlands paddock, was an initiative of the Tasmanian Region of the Surveying and Spatial Sciences Institute and recognises the significance of this line of latitude in Tasmania’s history.

In the early 1800s the two counties, Buckinghamshire in the south and Cornwall in the north, had little direct contact. The administration in the south benefitted from Hobart’s capital city status and excellent natural harbour, however success was also evident in the north with many of the surrounding settlements flourishing. Independent governance continued until such point as the Surveyor General of NSW suggested that the ongoing administration of two separate zones was unnecessary. In 1810, following the death of Collins and the departure of Paterson, it was decided there was no ‘better period for uniting the two settlements.’

Despite the demarcation of the political boundary, north-south rivalry continued to influence Tasmanian life. By the mid-1800s the Hobart population was about double that of Launceston and the capital received extensive funding from the British government to develop infrastructure. However upon the discovery of gold, tin and other metals, the northern half of the island enjoyed rapid economic growth and the mining boom benefitted the north much more than the south. Long has the balance of power swayed between the state’s two largest cities.

Contributing to the separation is the state’s unique topography. Tasmania is Australia’s most mountainous state and it’s not unusual for visitors to the island to commonly assume travelling distances between population centres are much shorter than they actually are. Throw in the fact that over 50% of the landmass carries some form of reservation classification, be it national park or reserve, and one can begin to understand the transport and communication challenges. Whilst government arrangements and economic activity in each Australian state are centred on the capital city, this pattern does not suit Tasmania particularly well. Regional tensions easily flair when inequity in the delivery of services becomes evident.

This interesting phenomenon continues to this very day, sometimes to the point of hindering the overall wellbeing of the state. Tasmanians are a warm lot, passionate about their island but just as passionate about their own home towns. This historic pattern has become culturally defining. On the surface it centres around economic activity and government services, however dig a little deeper and you’ll discover it influences all manner of community values. Ask a Tasmanian which beer they drink and you’re likely to spark a debate bigger than Texas.