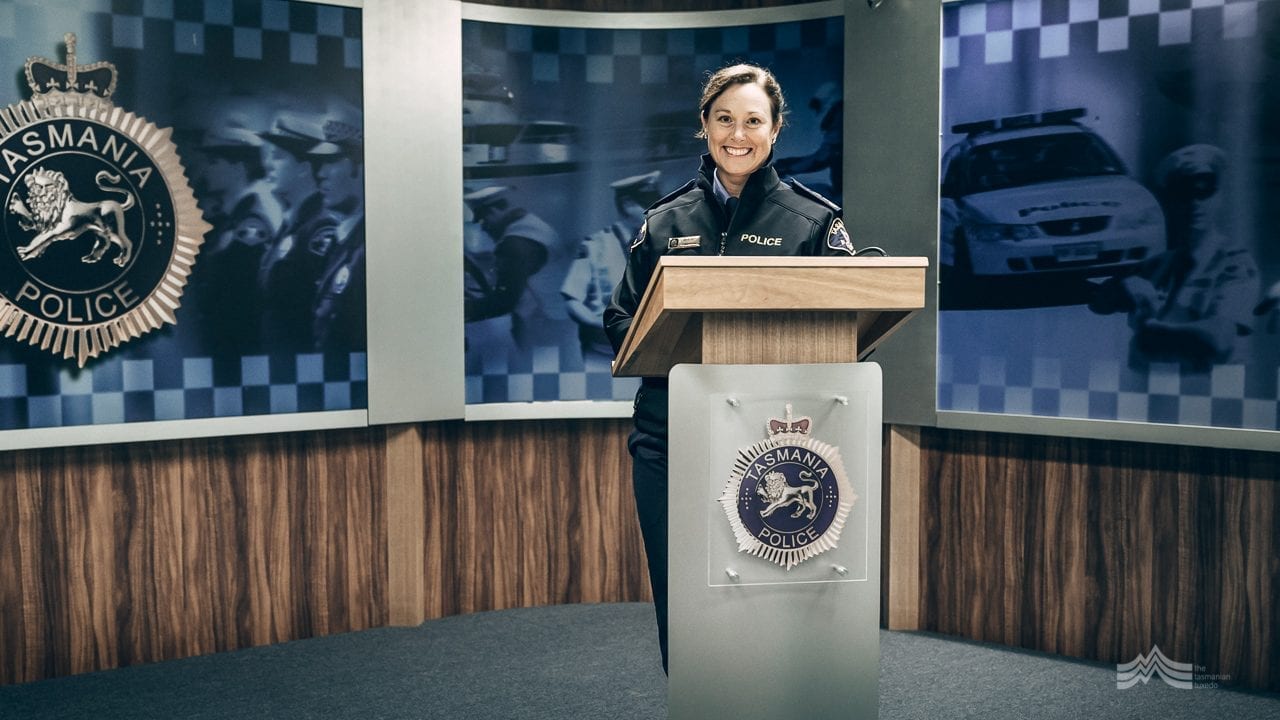 With a tribe of young boys in tow, expertise in emergency management, counter terrorism and negotiation are useful skills for Joanne Stolp. “The kids think I’m psychic,” she laughs. “They are always baffled as to how I find stuff out…the skills that I’ve honed at work are equally handy at home.”

In late 2018, Jo was appointed Commander of Special Response and Counter-Terrorism. Her career with Tasmania Police spans close to 25 years and despite a plethora of different roles, her passion for the job remains grounded in the very same values that saw her enter the force in her early twenties. 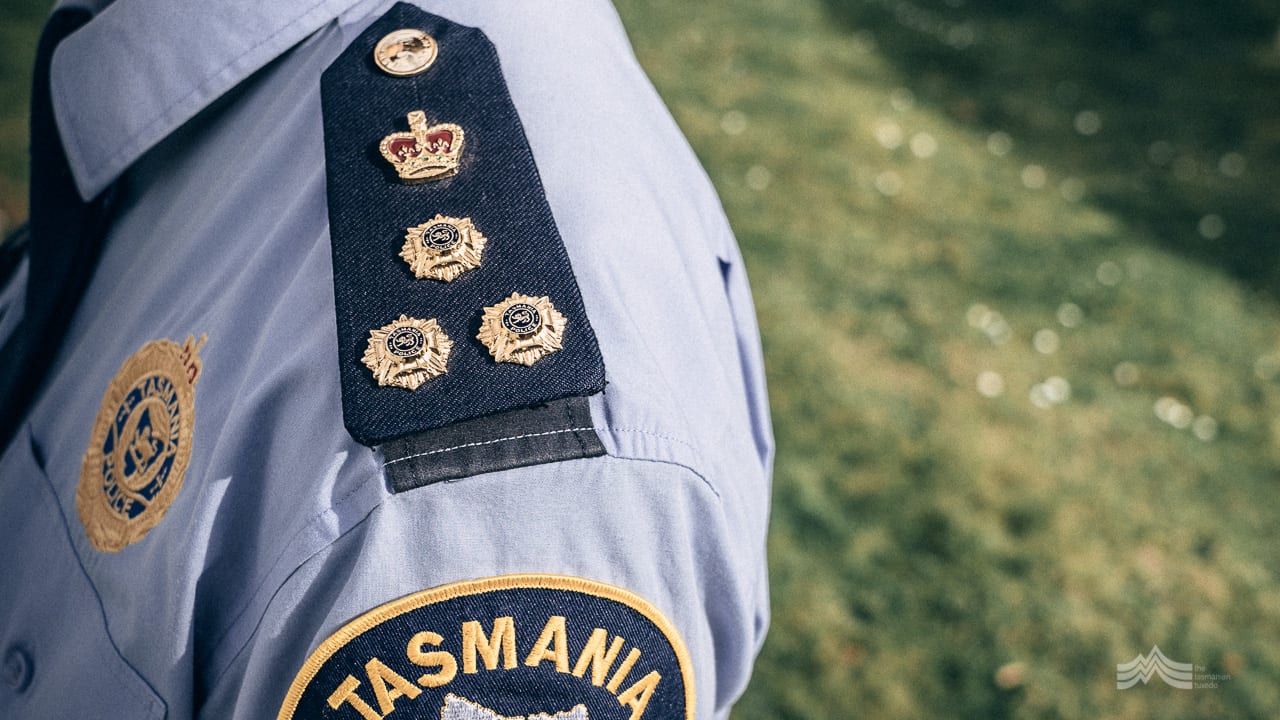 “Growing up, my dad’s job as a bank manager took us all over Tassie. Mum used to joke that after two years the furniture would pack itself…that’s how much we moved,” she recalls with a warm smile. “However by early high school we settled in Hobart and my sister and I completed our secondary education in Taroona. I first considered policing at around age 17, as the community service aspect really appealed to me, however there were no recruitment opportunities at the time. So I started a traineeship with Tasmania Bank and went on to gain a few years’ experience in administration. Yeah…I followed in dad’s footsteps I guess.”

Like many young Tasmanians, Jo took off overseas to broaden her taste of the world. “Coming back home after that experience, I knew that I wanted a challenge. I was looking for a role in which every day didn’t look the same. As fate would have it, just as I arrived back from a year away, Tasmania Police had a recruitment drive…much to my mother’s dismay.”

Jo describes how her mother worried endlessly about her daughter’s career choice. “In those days the recruitment staff visited your home as part of the process. Mum pretty much tried to talk them out of it,” she grins. “I know that in the early days of my nightshifts she would sit up late, wondering what I was dealing with and waiting for me to come home.”

The group of 20 recruits that Jo trained with included seven women. “That was a great number at the time, and actually pretty reflective of the gender balance we see overall today. Just over 30% of our police force is female,” says Jo. “It’s something that has changed for the better over time, however there’s still more work to be done in that space.”

It is interesting to follow the gender trends in policing throughout the past century. World War 1 had a significant impact on the role of women in the Australian workforce, and by 1914 there were reports in Tasmanian newspapers that British women were contributing to active policing. Led by the formidable Emily Dobson, the Tasmanian National Council of Women took up the mantle and campaigned for the introduction of female police officers. Success came in 1917 when Tasmania’s Attorney-General William Propsting supported the appointment of women to influence female offenders. By recognising young women would benefit from the advice and support of female police officers, and acknowledging the success that was being had in other jurisdictions, the stage was set for change in the Tasmania Police Force.

“As a woman, and a mother, I’ve always been really supported in my work,” says Jo. “I’ve had opportunities to work around my family. So now I try to do that for others wherever I can. I’ve adopted the approach that the answer is generally yes, but if it can’t be, then I really take care to consider why and work through it with my colleagues.” 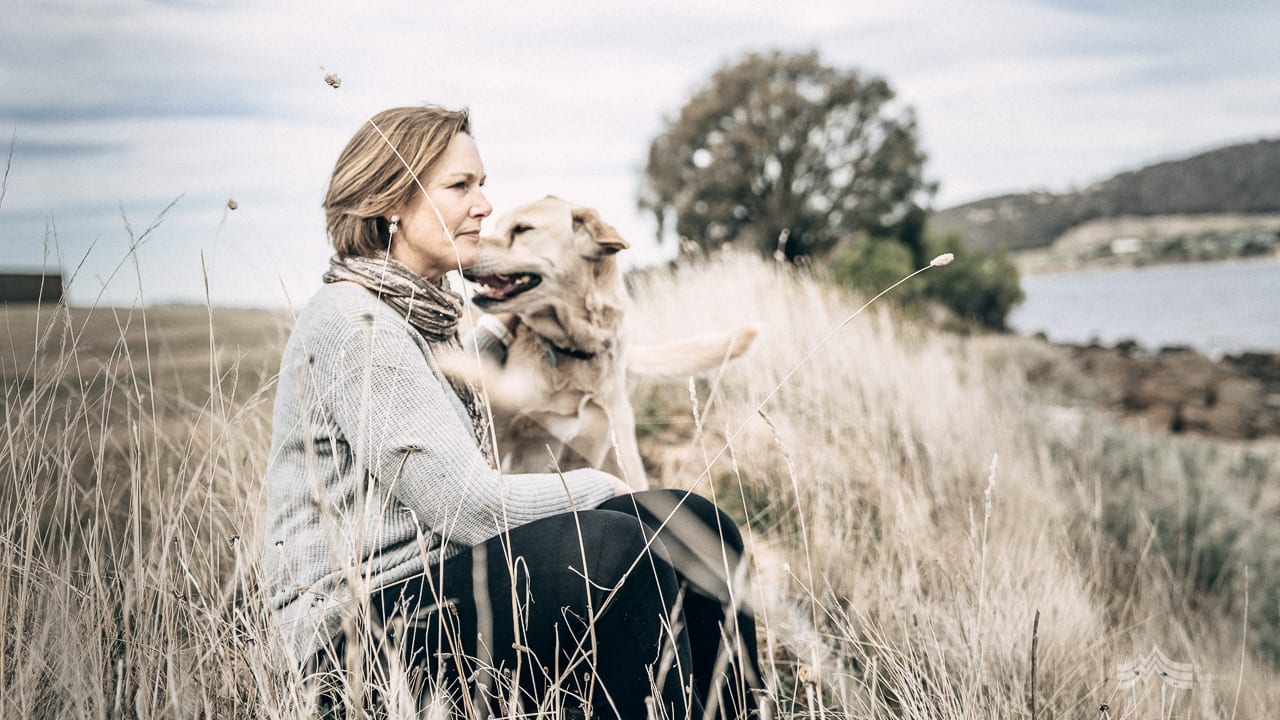 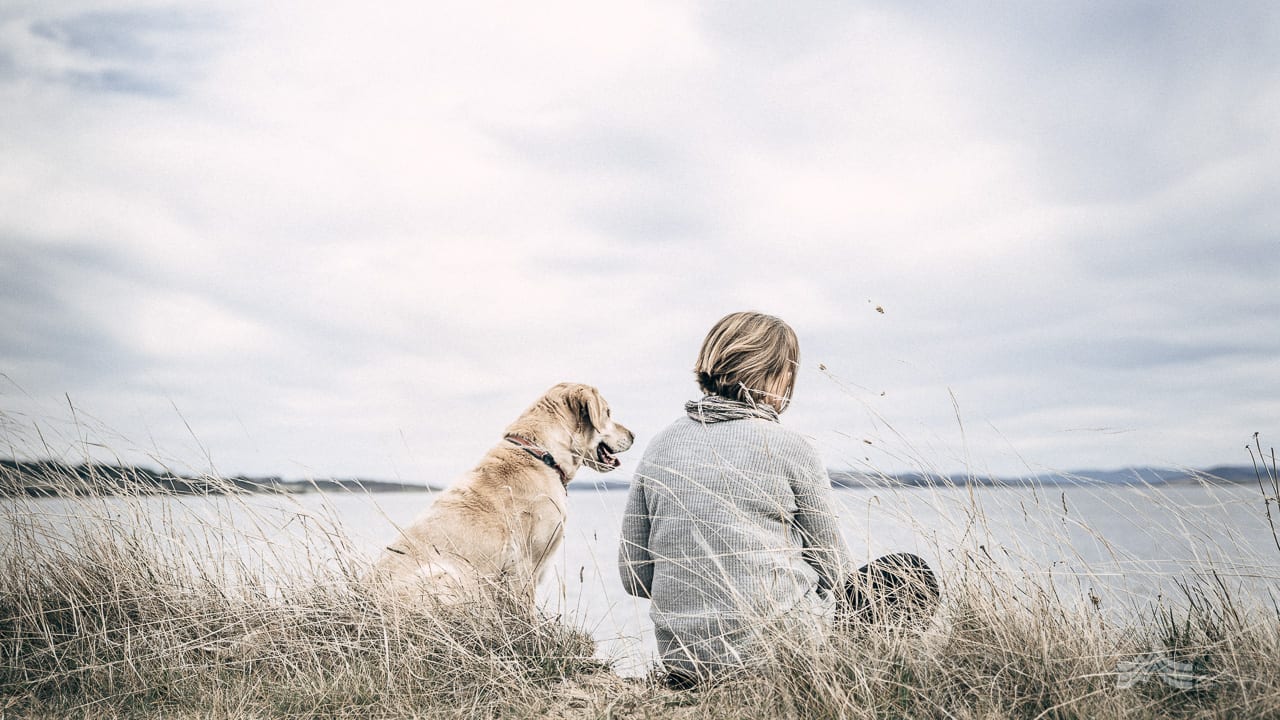 Jo describes her average working day. “I get up at 5am and walk with my husband, it’s our bit of time together. Then I make the lunches, sort out the clothes and feed the animals. It’s no different at the end of the day…I pick up the kids, we often rush off to their sport, and then it’s home to do dinner. Don’t get me wrong, I have a wonderful husband who really contributes, but sometimes I look at my male colleagues and wonder how many loads of washing they did this morning before work. I do wonder if it’s the same for them. It’s not a criticism, and to be fair, many of them don’t have young families…it’s just an observation.”

“Although we see good numbers of women joining our service, the gender balance really drops as you move up the ranks and staff progress to specialist areas. We have Donna Adams in the Deputy Secretary role and along with my recent appointment, Debbie Williams was also appointed to Commander of the Western District,” explains Jo. “We make up the three highest ranking women in the state.” Considering her career, she continues, “As things have progressed for me, I’ve found all my colleagues to be welcoming of me as a woman. I think we do think differently and challenge the norms…it’s not to say a male dominated service is wrong…just that it’s different. My experience has definitely been that Tasmania Police have welcomed the diversity of thought that a greater gender balance provides.”

“As a young constable I was really attracted to investigation and the CIB,” describes Jo, speaking passionately about her work. “I landed my first job in the CIB in 1999 and it quickly shaped my future. I’ve actually spent more than half my career focussed on criminal and drug investigation. The drug work I love as it’s one of the last proactive areas of investigation…most other police work is reactive – a crime has been committed and then we investigate – whereas the drug unit allowed me to predict issues and be very proactive. That was a satisfying way in which I felt I really could make a difference.”

A large portion of that experience was gained on Tasmania’s North West coast. “I was promoted to the Western District in Devonport to work in drug investigation. While initially I had no specific drug knowledge, what I did bring was experience in running a solid investigation and that really helped as the skills were very transferable. I settled into life there quite quickly and loved the challenges I was presented with.”

Meeting her husband Michael and starting a family was a turning point in Jo’s career. “When I met Michael he had two beautiful girls. Before long we added to that and our three boys are a great balance to the mix. Becoming a mother does change you though, and I soon found myself looking for a slightly different focus. I completed my Inspector training whilst pregnant with our twins and I was keen to relocate the family to Hobart and gain just a little more anonymity in my day to day role by being based in a larger city.” 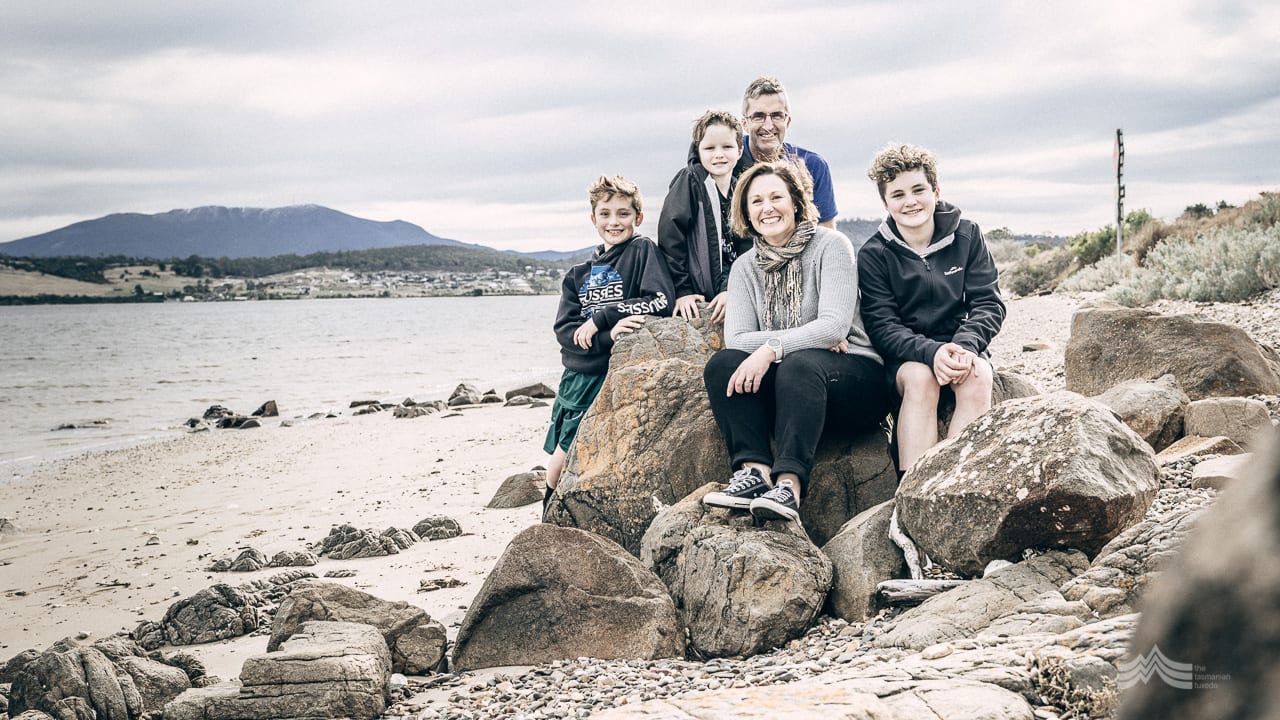 “Going into the police force I always said I wouldn’t change,” recalls Jo. “But you do. I think I’ve become harder as I see the choices others in our community are making and the impact that those choices have on others. The sad part is that many of these people really don’t need to be doing what they’re doing…it’s very sad. In many cases it just comes down to poor choices.”

A view to promotion saw the family finally make the move south to the state’s capital in 2014. “After arriving back in Hobart and then being promoted to Inspector, I spent time involved in HR, People and Staff Support and all that gave me a really great insight into a wide variety of challenges, particularly around our further integration with the Tasmania Fire Service. I also served as the Officer in Charge of the Hobart Division. Moving to Hobart presented the opportunity to become further involved in the negotiation unit, taking on the role of Coordinator and really honing my skills in that area. Working on a national and international level with other negotiation experts is rewarding and allows me to both share knowledge and acquire additional expertise I can then apply here.”

Jo’s passion is evident as she speaks about her responsibilities, “I work closely with the Australia-New Zealand Counter-Terrorism Committee and am part of strategic preparedness on this level. I know from what I do every day that although we’re a small state, our preparedness and response is just as good as anywhere else in the country. Our officers are extremely well trained and we continue to identify potential risks and action appropriate training and risk mitigation.” Considering the many possible scenarios she may encounter in the future, Jo says, “We train a lot…dogs, bomb squads, counter terrorism, dignitary protection, exercise management… I have subject matter experts all around me for additional support and the level of skill here is extremely high. Whilst I know our training is up there with the best I also hope we never need to activate it.”

Being the Coordinator of the Tasmania Police Negotiation Unit was a responsibility Jo took very seriously. “I’m really committed to this area and whilst my Commander role saw me moved out of the negotiation team, the plus is that now I oversee it. It’s rewarding to work closely with our experts in this area. I assess the professional advice from our psychologists and other related specialists, and am pleased to say our outcomes to date in some demanding situations have been very solid.” 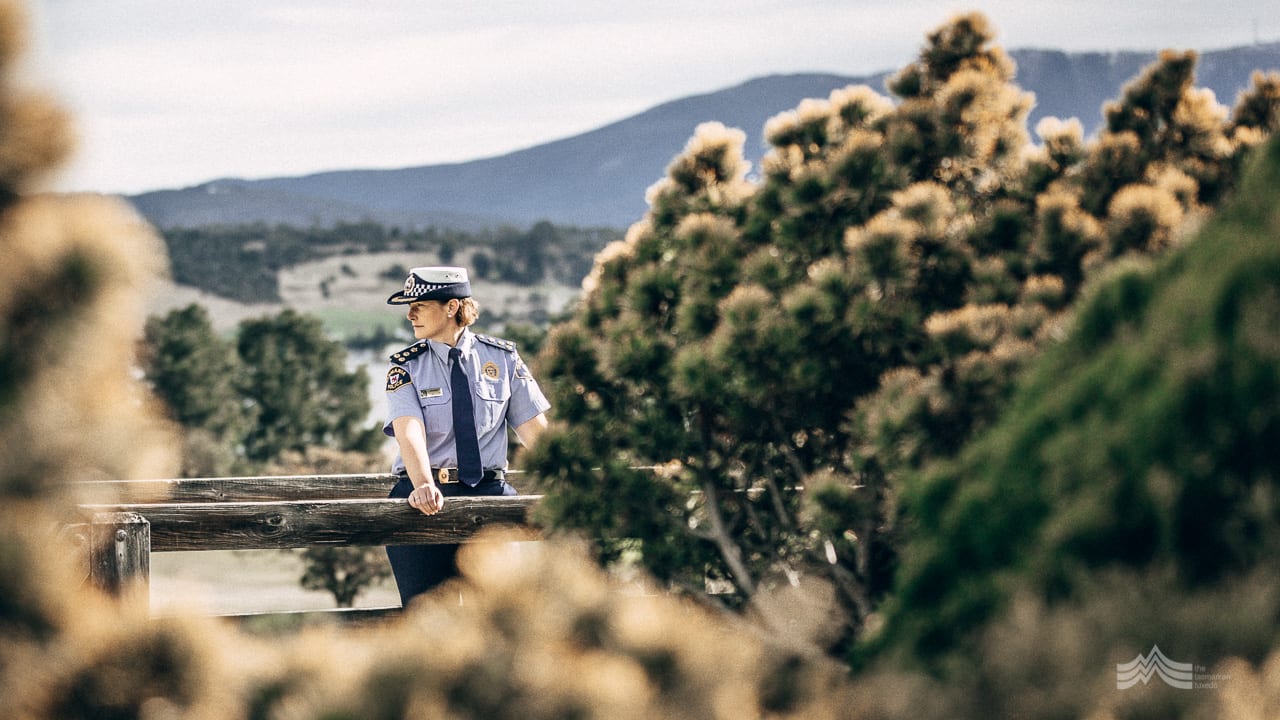 Looking to the future, Jo explains, “I inherited my Commander portfolio in really good shape and it’s my job to maintain that. I also have my own vision for this role and am working hard to improve things for Tasmania’s future. There are significant challenges pending that are currently influencing emergency response in the period ahead. We’re already seeing extreme weather conditions occurring as a result of climate change…fire…flood…to name just a couple. I think these are only set to increase so they are high on my priority list.”

An avid runner, Jo’s passion for the outdoors is part fitness and part for her own mental health. “There’s no doubt running is a way to manage stress for me, but I also love the personal challenge of just me against the clock. I don’t like team sports much, as I hate knowing that I might let others down.” 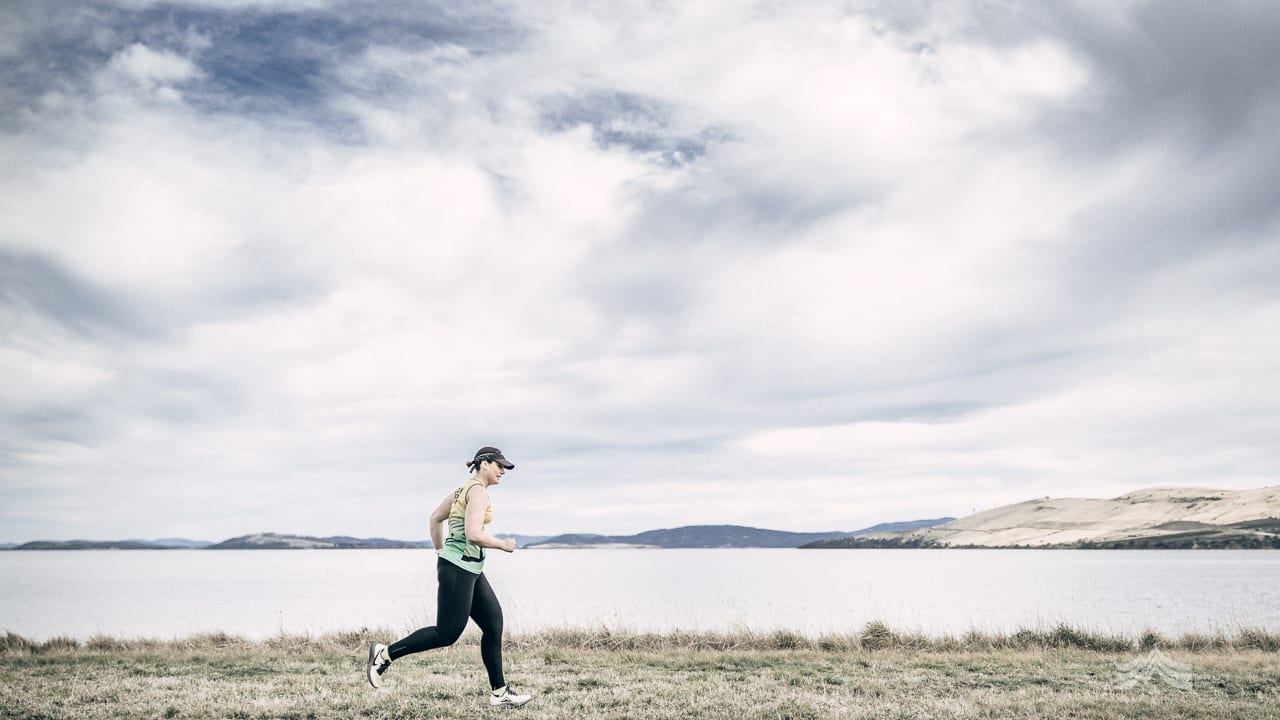 How much does one share of their role with a young family? “It’s a good question,” says Jo. “The boys love my job and have grown up with police cars around and having me as the Adopt-A-Cop at their school, so they just think it’s cool. They’re proud of my job…and I’m proud that their thoughts on gender equality are very contemporary as a result of that. It’s what they’ve grown up with. I do screen them from the news though and shield them from what I don’t want them to see. The girls are older and I know they do worry about me, but I often explain that I am pretty protected in my negotiator role and they appreciate that.”

Speaking of her family, Jo finishes, “I do tend to compartmentalise my life a bit. I have to block my family from some of the things I see and experience. There are some things I wouldn’t want them to know about, but that just comes with the territory.” She pauses as she thinks about her work life balance. “Like all working mothers, I feel guilty when I have to miss a school or sporting event…it certainly happens. I’ve had my fair share of time being called away over Christmas and other special holidays, but at the end of the day I hope my kids see that what I’m doing makes a difference to others and really contributes to our community. For me, that’s what my job is all about.” 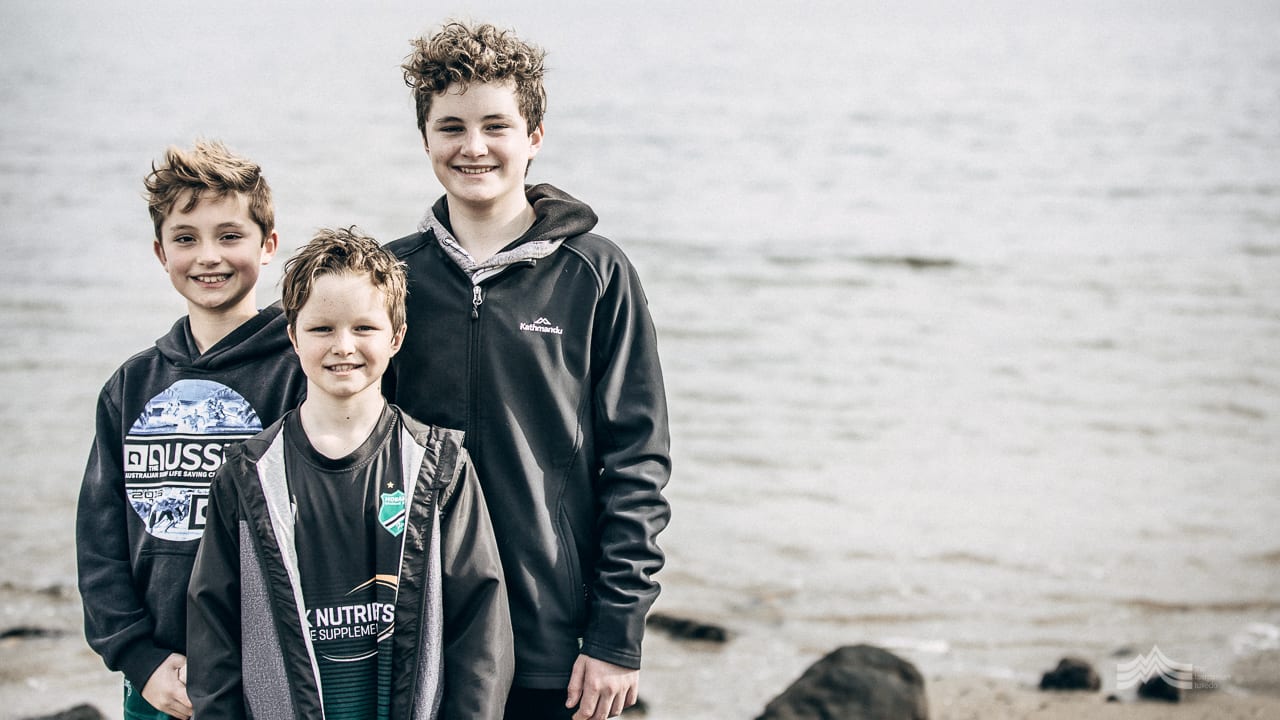 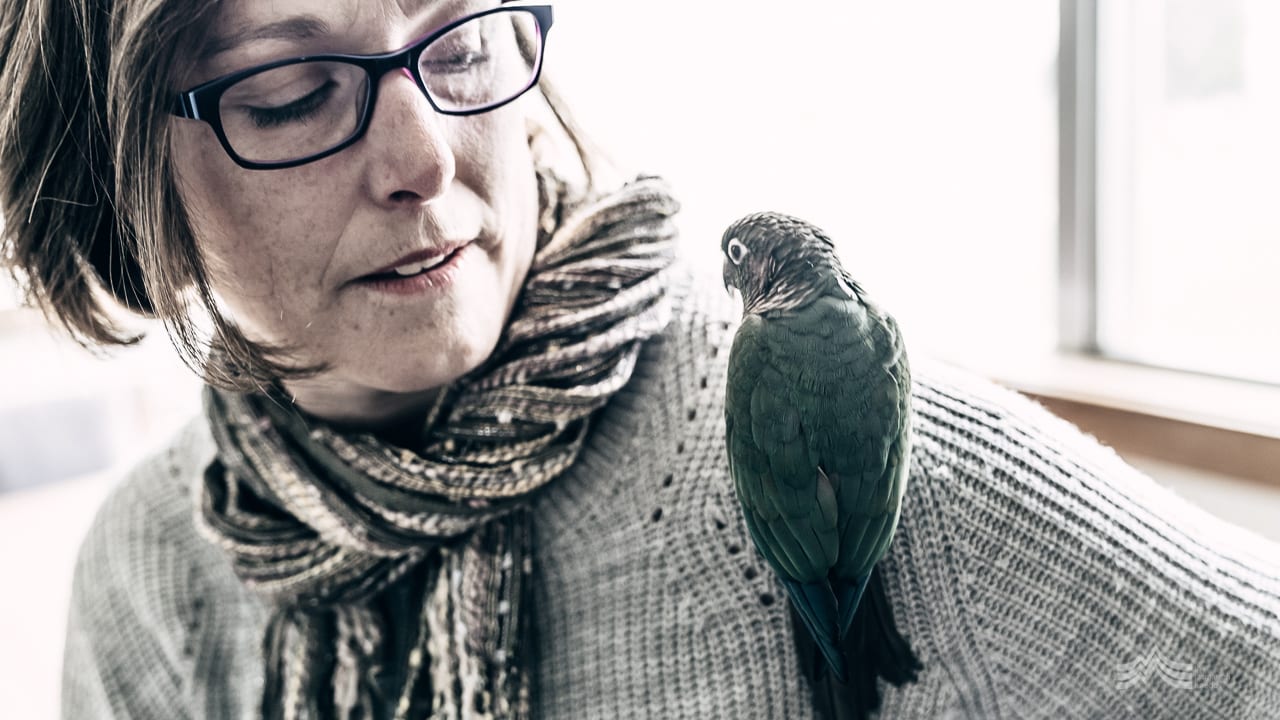 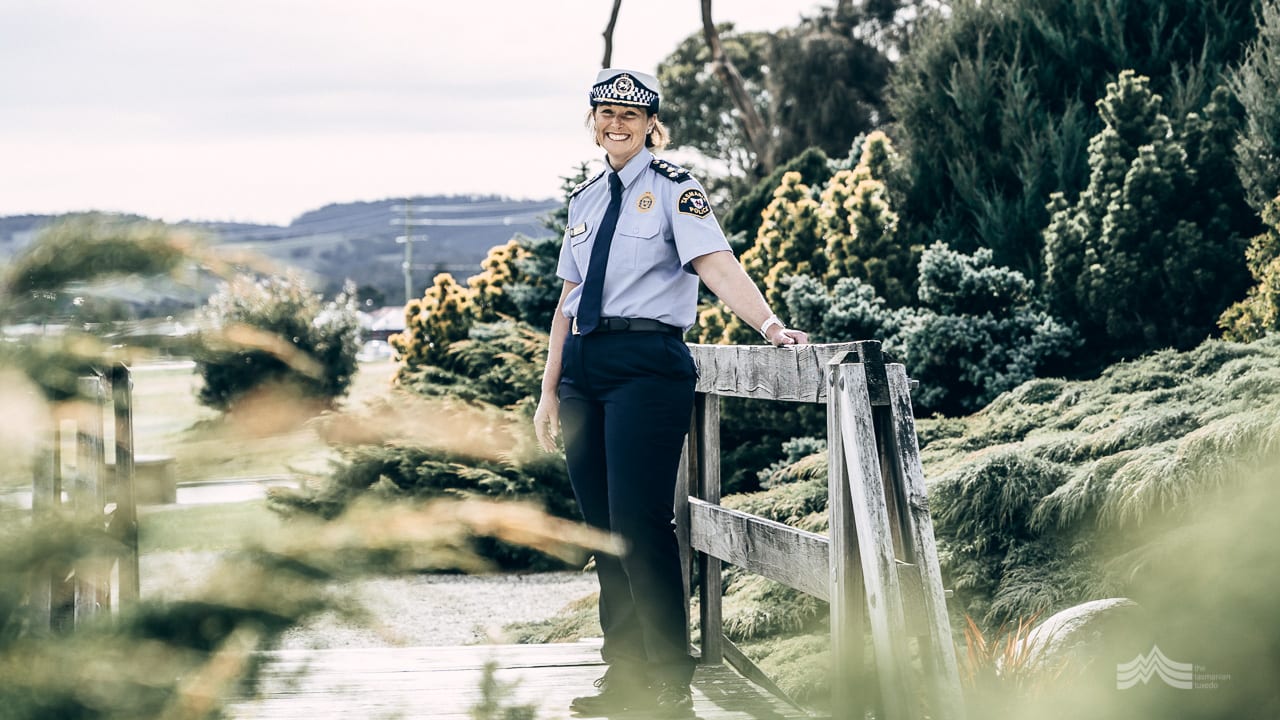