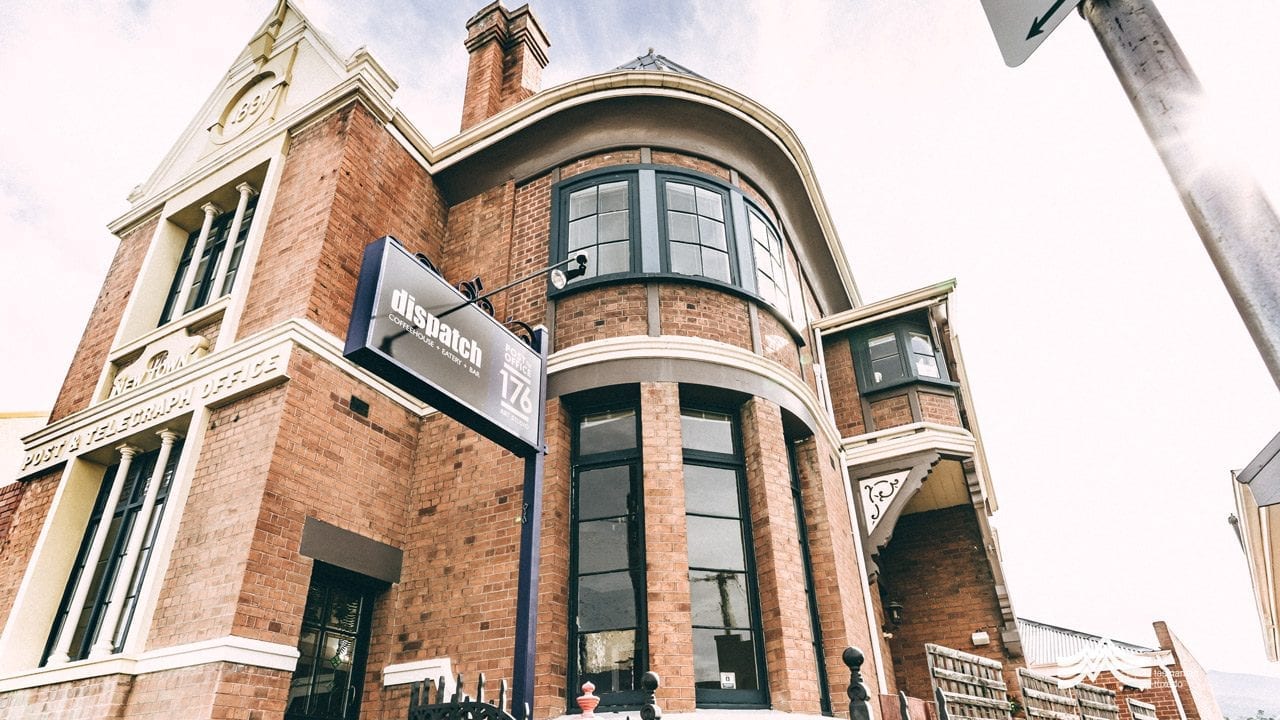 With rich convict heritage, it’s not hard to spot many a grand old dame around Hobart’s oldest suburbs. This particular one is quietly unassuming, not at all flamboyant, but has undoubtedly played a part in some of Tasmania’s most romantic stories.

Set amidst the leafy inner city residential suburb from which it takes its name, the former New Town Post and Telegraph Office is surrounded by federation, colonial and art deco style homes as well as an eclectic mix of businesses – think anything from bakeries and antique shops through to dog groomers and real estate agents. This red brick Edwardian beauty began her life as one of the mainstays of the area and has served most of her time as a communications hub and residence. 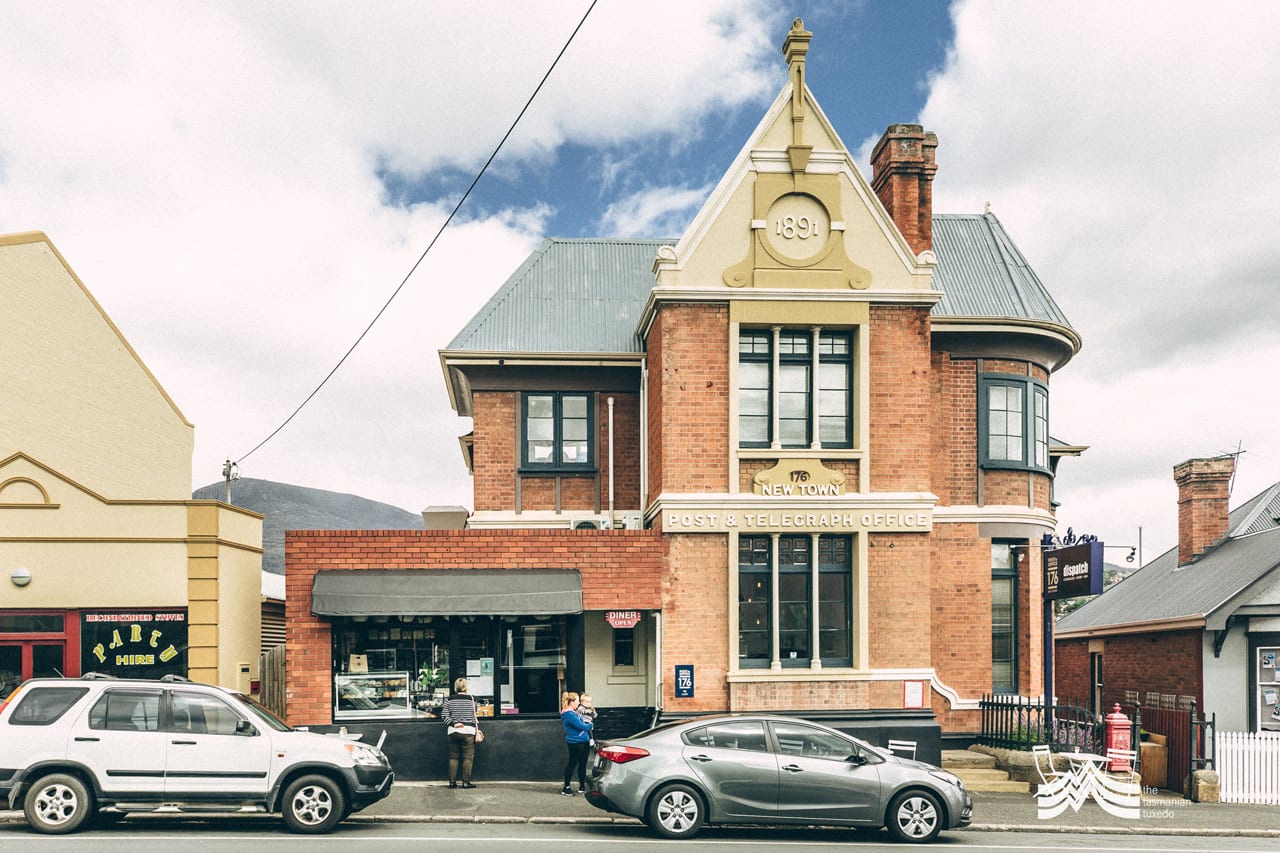 The original New Town Post Office opened in 1842, some 40 odd years after British settlement in Tasmania. At the time postal services formed a vital link connecting Australia and Britain and were often among the first of the infrastructure developed in every new town (no pun intended). Interestingly, the very first mail from Van Diemen’s Land is said to have been carried by whaling and sealing ships.

As the new century approached and New Town continued to experience steady population growth, Tasmania’s Premier Philip Fysh announced the 1890 purchase of land at New Town and that plans were underway for a new post and telegraph office. A subsequent tender process saw Messrs Dunn and Valentine take on the contract for the sum of £1,333 and duly complete the work in the allotted 25 week timeframe.

In 1891 the New Town Post Office and Telegraph Office was officially opened and a postmistress was appointed by the Postmaster-General. One loves to ponder the contents of the mail that must have passed through her hands. Tales spanning two world wars, mining booms, establishment of a university, women’s voting rights and the introduction of the telephone.

Over the years the building has been maintained in excellent condition, retaining its steep iron roof, iron fence, timber windowsills and beautiful curved corner façade. Admiring her from the street, one gets a sense she has kept a quiet vigil over the suburb throughout the past century, a gatekeeper of news both good and bad. 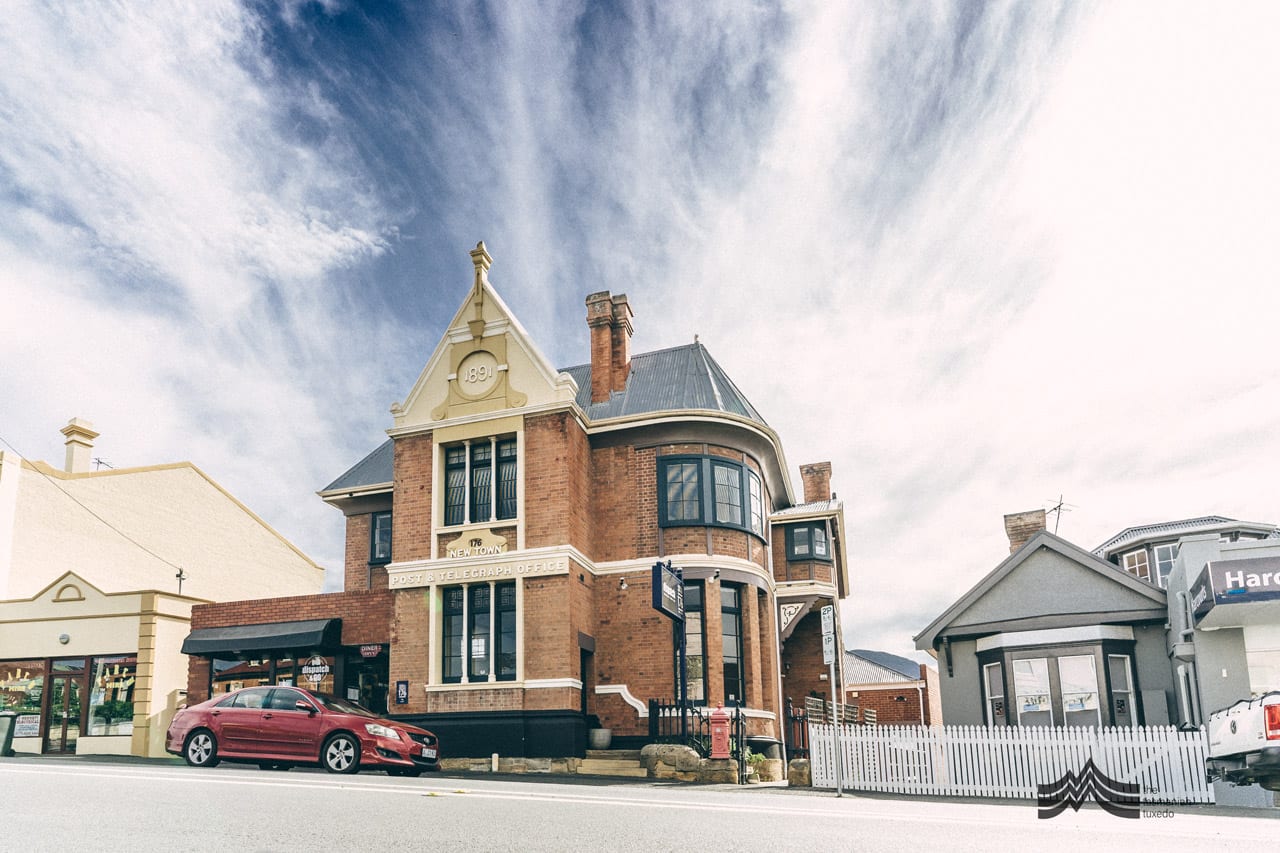 In the 1970’s the Post Office was relocated to smaller premises, making way for a new era for this main road gem. Office space, cafes, art studios and gift shops have all graced her interior from time to time. She had wandered somewhat, a little lost, until finding another way to draw the local community back together again.

A new lease of life has recently breathed into 176 New Town Road. Experienced hospitality duo Tim Daly and Scott Mackinnon have reimagined her as the aptly named ‘Dispatch’ – an inviting café with a touch of quirk that’s receiving thumbs up reviews from locals and visitors alike.

Tim says they were quick to act when the property became available. “There were tea rooms in here before we took over but the place was rundown and tired. We could see the potential and wanted to create an urban fringe café to draw the community together.” 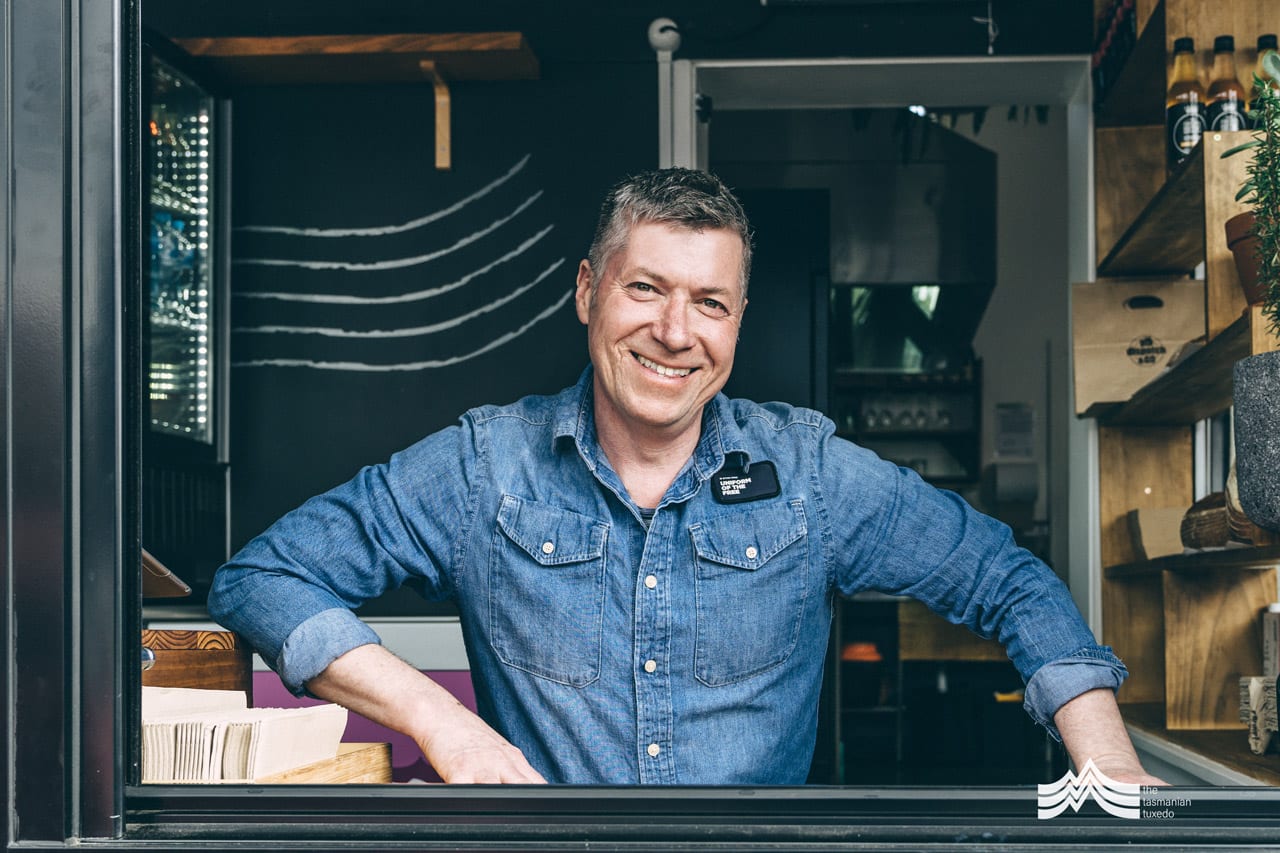 Securing the space just hours after they saw it, Tim explains the sympathetic facelift that the pair undertook together in 2017, “The aim was to maintain the character of the interior but keep it relaxed. People comment that it’s quirky, alluring and friendly. We’re rapt with that.”

This hip little gem has a decidedly comfortable vibe. A mix of retro and mid-century furniture provides welcoming seating and Dispatch has paid homage to the buildings history by showing off its stunning features. High ceilings, timber floorboards and deep windowsills are offset against whitewashed walls and a thriving collection of indoor ferns. 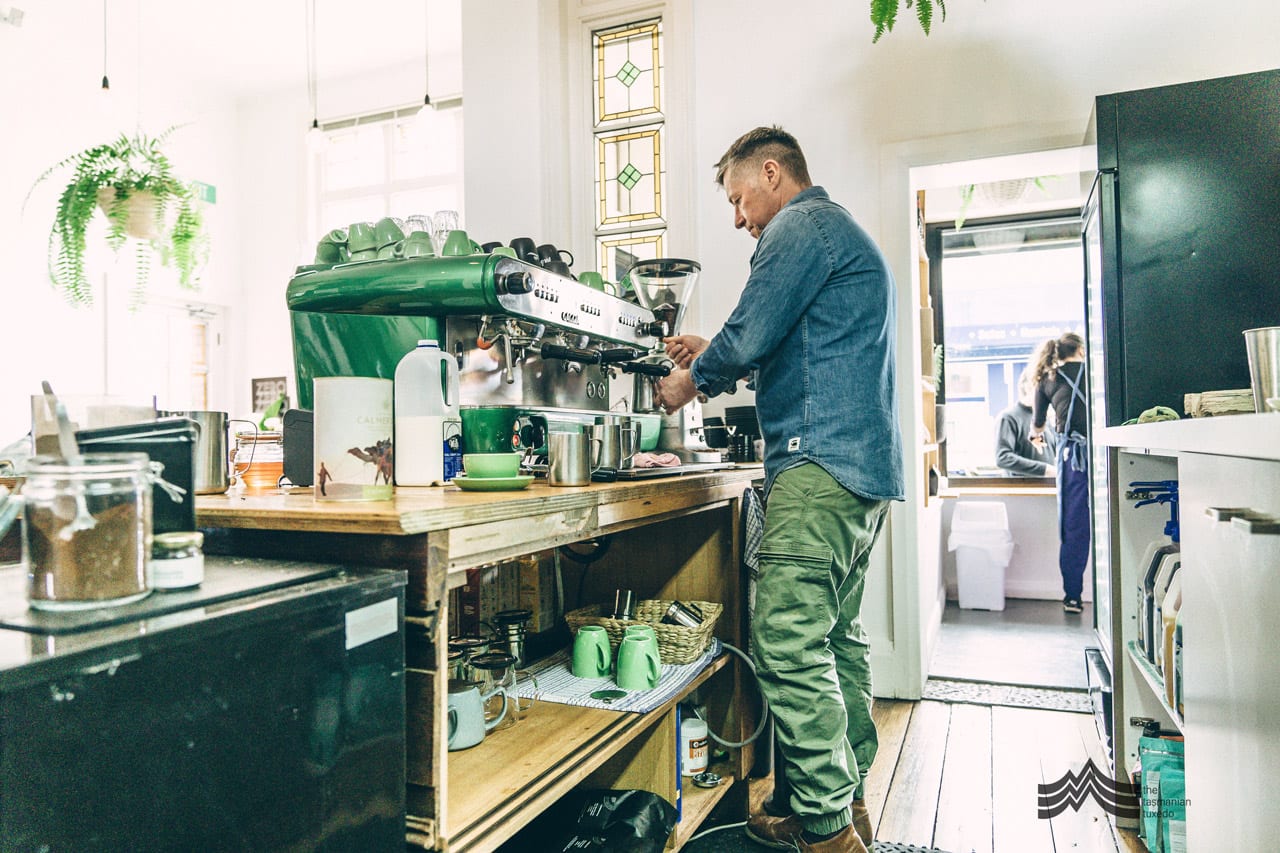 The menu is predominantly local produce, so it changes depending on availability. “We have a great chef, we source locally and have a number of speciality suppliers close by,” says Tim. “The Hellfire Bluff potato vodka is a popular local drop too. Mix it up with what we think is great service and we think we’re doing justice to this great old building.”

Earlier this year, the pair converted the front window to a more useable servery. “Dispatch and Go makes it quick and easy to grab a coffee and snack as you’re passing,” says Tim. “It allows us to take our great range of locally made products pretty much right to the street. Our homemade pies are particular favourites, and we have a reputation for great toasties,” he grins. 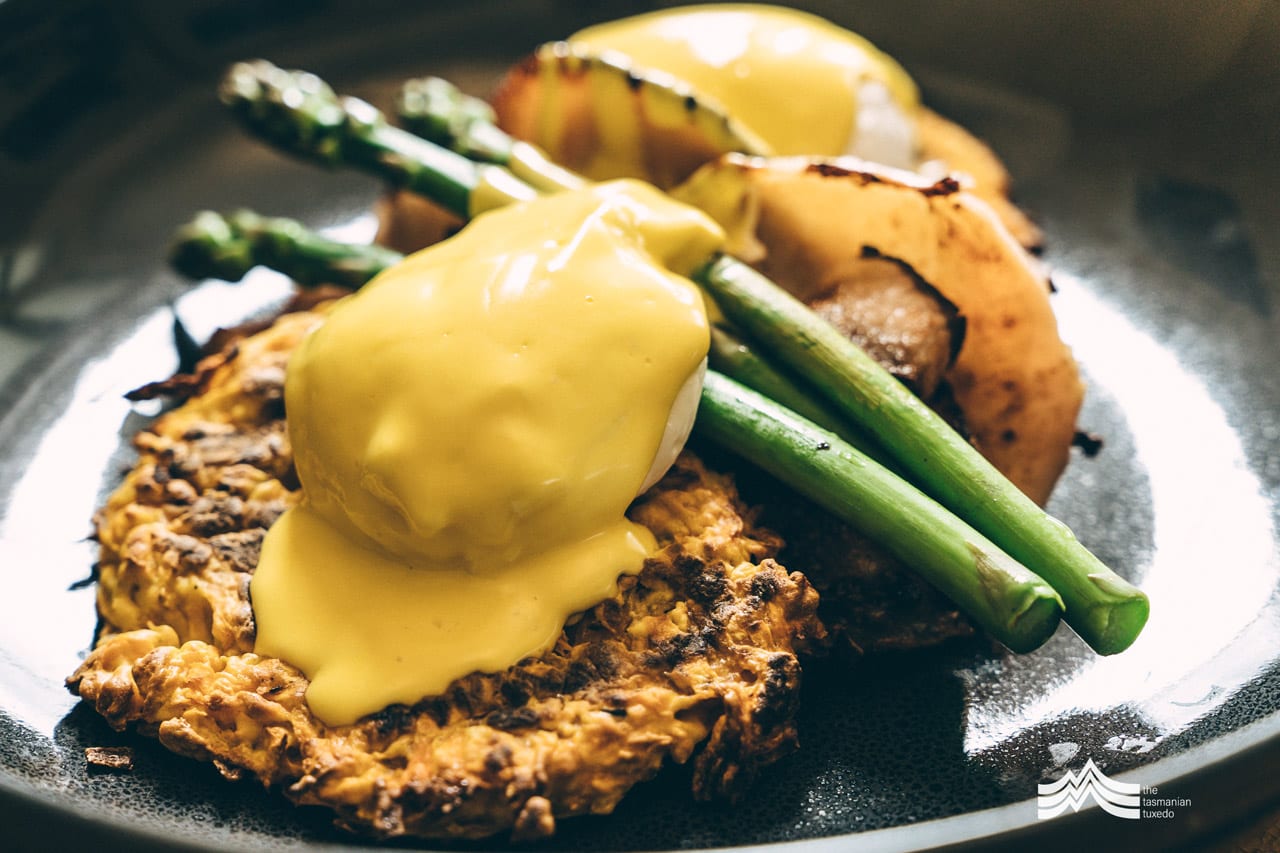 “The convenience of the new servery has been reflected in our customer mix,” Tim continues. “We see a lot more dog walkers, bike riders and families with prams now. Lots of them make the most of the outdoor seating and stay and have a chat.”

In Tim’s own words, “It’s a melting pot of personalities really. People of all ages come in and we’ve quickly got to know the regulars. One of the funny things is that people still mistake us for the post office…every few days I get letters dropped in our mailbox, so I’m often wandering up the road to the post box to make sure they get to their final destination.” 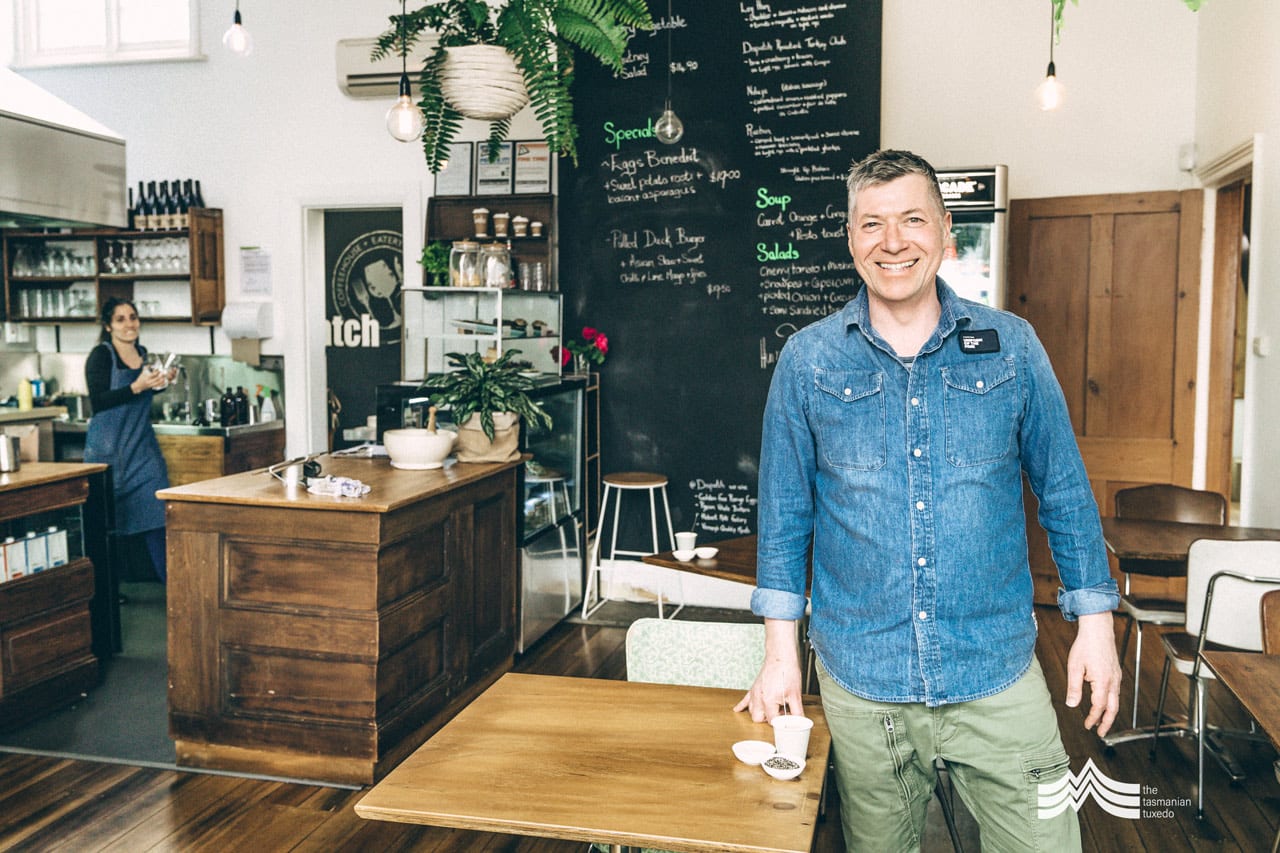 Dispatch is open 7 days a week. Check out the mouth-watering specials via Facebook or Instagram.Author’s tip – try the pies!