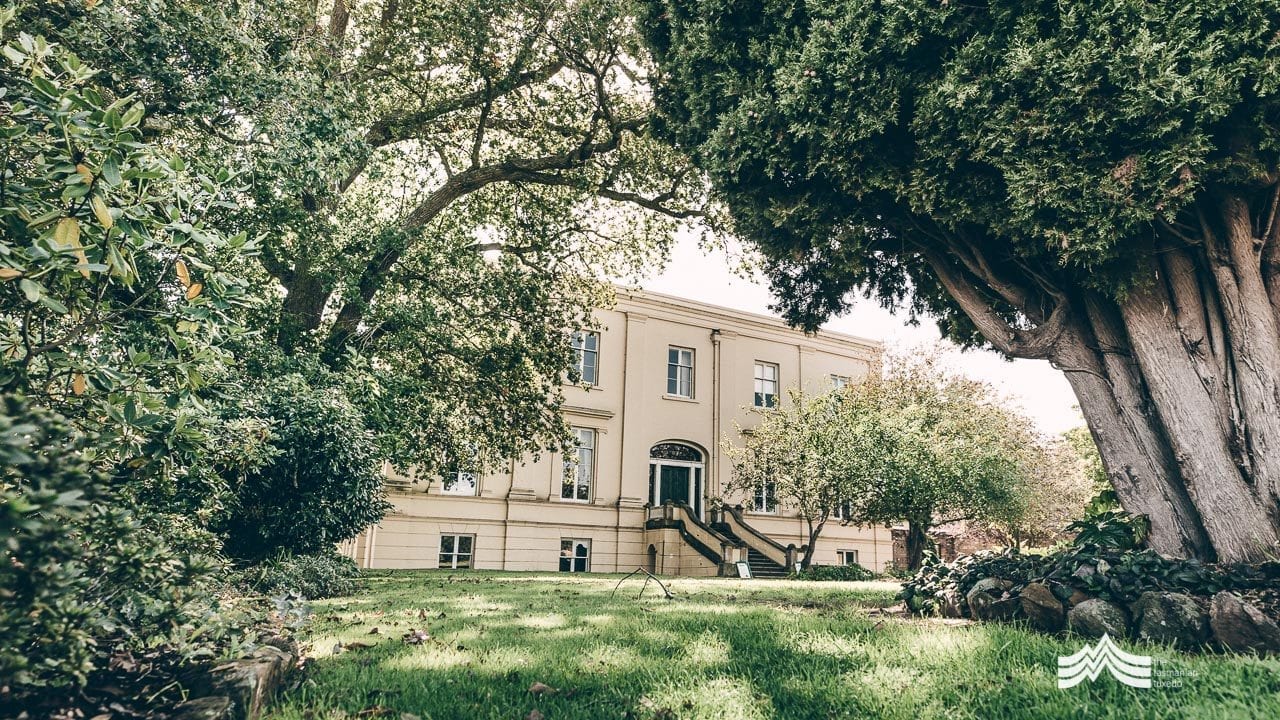 My childhood and girlhood were happy times spent in a beautiful country home, Clarendon. A very large stone house with every convenience and comfort surrounded by spacious grounds laid out as flower, fruit and vegetable gardens, extensive shrubbery and several acres of park where we had fallow deer, emu, kangaroo and also a sort of lake with black swans and Cape Barren geese.

So begins a rare account of life at Clarendon House in the mid-1800s. Penned by Cornelia Cox, daughter of owners James and Eliza Cox, her recollections go on to describe all the expected happenings of a quintessential English country childhood. Similar memories documented by her sibling Rosa, describe their earliest days. The girls tended to their own special garden plots, collected wildflowers and berries, played with their dolls house, and spoiled their very own black and tan terrier. Summers were spent at a seaside retreat collecting shells, pressing seaweeds and bathing in the cool waters of the island’s coast.

James Cox arrived in Van Diemen’s Land in 1814 with new bride Mary. He was a free man and was granted 660 acres of prime agricultural land to the south of Launceston on the banks of the South Esk River. The original home was a wooden structure and it is said that James added a new room each time Mary gave birth to another child. Local tales tell us Mary was unhappy on the property and shaken by the presence of bushrangers and convicts. Indeed, infamous local cannibal Thomas Jeffries roamed nearby, as did Matthew Brady, the well-known bushranger often referred to as ‘Gentleman Brady’ due to his fine manners when robbing his victims. Ironically, the two ended up in the gallows together and were hanged at the old Hobart Gaol in 1826. Brady complained bitterly at being hanged alongside Jeffries, an informer, cannibal and mass murderer.

In 1828, Mary died whilst birthing her ninth child. Not one to waste time, James married Eliza, the nineteen year old daughter of Lieutenant Governor David Collins. He completed Clarendon as we know it today in 1838, the magnificent Georgian residence becoming a fitting home for the family of a wealthy woolgrower and merchant. Assigned convict labour drove both the construction of the property and the subsequent establishment of a thriving wool empire. 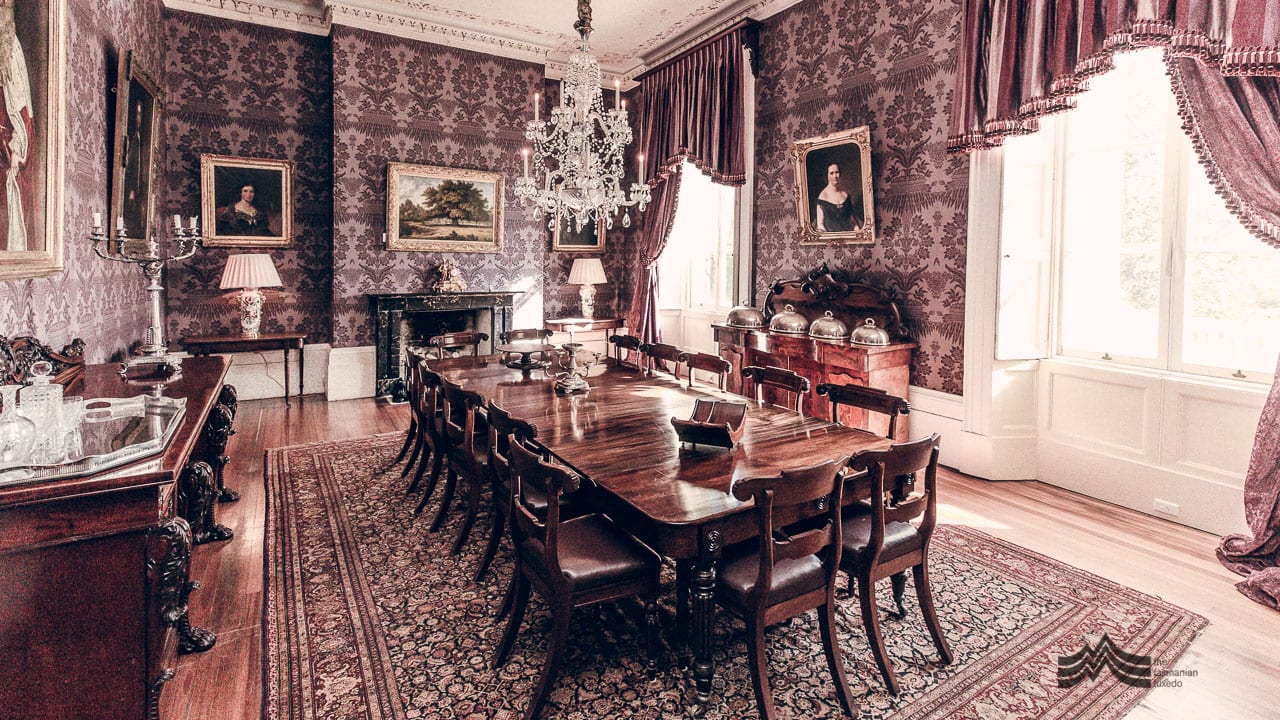 Clarendon House has been in the care of the National Trust since 1962, and though carefully furnished with items of the era, none of its contents are original. Generous donations have captured a snapshot of the time, from rich curtains and extravagant chandeliers, through to lead lined wine chests and even a rare giraffe piano. It’s not hard to imagine the home in its heyday, resplendent in all its glory, however behind its imposing façade lies a range of ongoing restoration issues. Most notably, the shifting that continues to occur due to its poorly constructed foundations.

Visitors today are free to explore one of Australia’s grandest colonial estates, and can wander through all three levels of the house. On the ground floor generous living and entertaining spaces extend off a grand main hall, and at the top of the timber staircase a series large bedrooms overlook the surrounding countryside. Four poster beds and antique wardrobes, chamber pots and precious dresses from the 1830s requiring petticoats and bustles, are all carefully placed to transport you back to the mid-1800s. You can even descend to the cellar and ponder life as a kitchen maid preparing a lavish banquet. 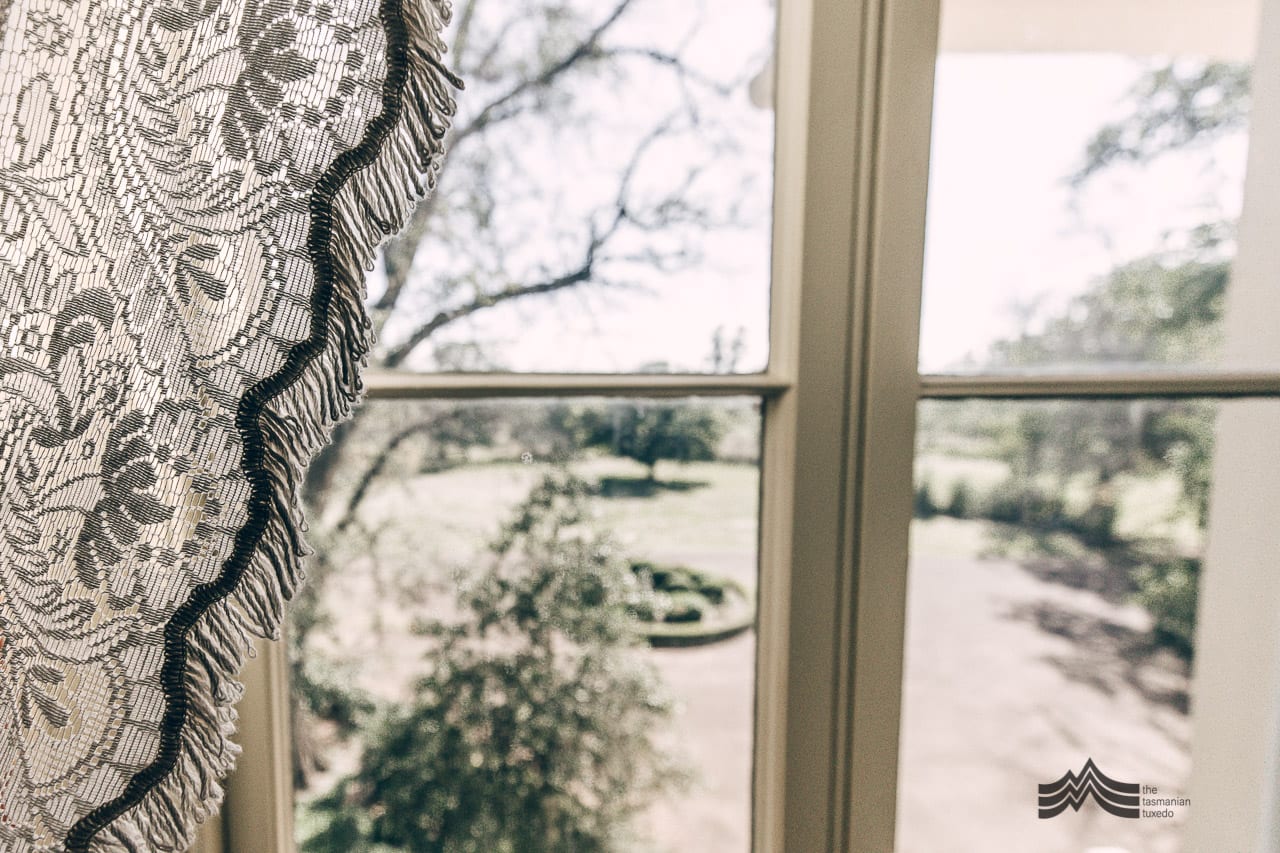 The Cox’s were a hospitable couple. They often entertained, throwing gala dinners and housing guests for festive weekends. The opening of the pheasant season is said to have been a favourite occasion. Guests were treated to an elaborate ball, drinking and dancing until dawn. Following a change of clothes and a hearty country breakfast, they would then set off for a day of kangaroo hunting.

Cox imported merino sheep from New South Wales for the production of fine wool, whilst at the same time continuing his interests in Hereford cattle and stud horses. The estate is still home to extensive outbuildings which help tell the tale of the property’s history, including an impressive coach house and conjoined terrace accommodation that once housed servants, farm workers and convicts. The spacious design of the terraces is considered unique in colonial Australia – a ground floor living and kitchen area, and a first floor bedroom – and are thought to be a reflection of Cox’s care for his employees. Interestingly, Cox went on to become a leading campaigner in the anti-transportation movement. 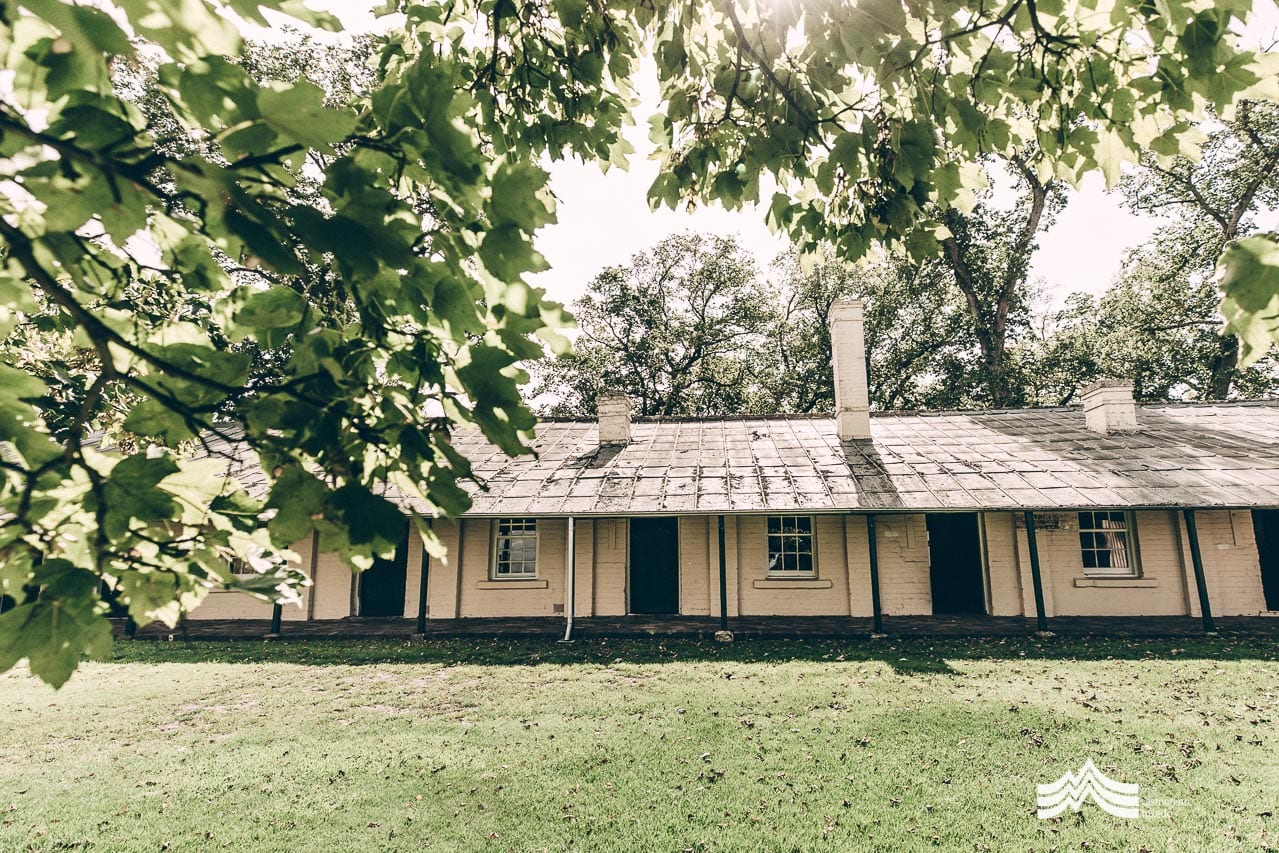 The service wing, adjacent to the main house, housed the laundry, the dairy, the bakehouse, a store and coal cellar, and accommodation for labourers. It made good sense to house the bakery next to the laundry as the use of a central chimney provided a bread oven on one side and a copper firebox on the other. A variety of old equipment is on display today and paints the picture of the multitude of heavy tasks that were carried out daily in this neat row of stone service quarters.

Wander further afield and you can take in the shearing shed, barn, poultry shed and stables. They are all in near original condition and some in need of extensive restoration. The stone barn is simply beautiful and quite significant in its rammed earth construction. Delve further into Rosa’s written account, and you’ll be treated to delightful memories of her early life at Clarendon and her own experiences in these very buildings.

At the end of the shearing, after the wool was weighted and baled – all ready for shipping to the steamers to Melbourne, where the bales were transhipped to the big ocean liners for London – the sheds were given a good cleaning and we were all weighed on the big wool scales and the weights entered in a book to compare with the previous year. There was a cider press in the same building in which was made the supply of sweet cider for the year, while in the house my mother superintended the making of currant, shrub and gooseberry wine and other cordials. 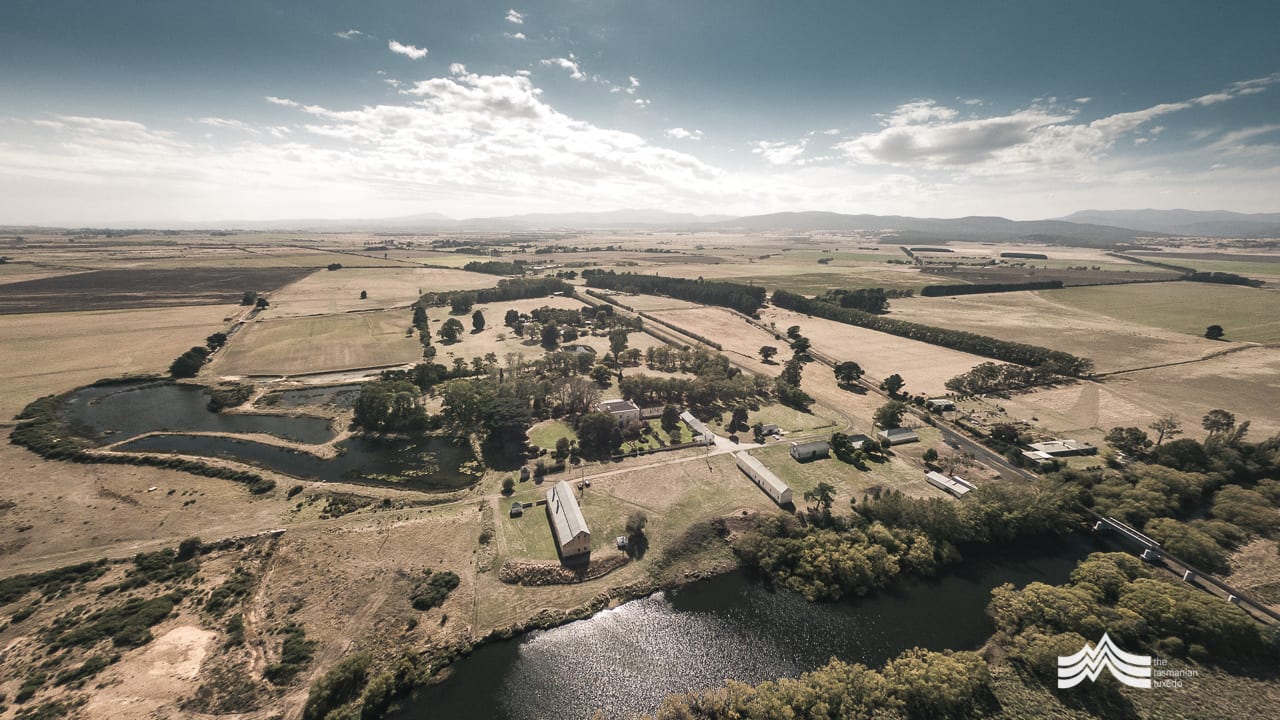 Indeed, Eliza Cox’s legacy is the parkland gardens surrounding Clarendon. Reminiscences from daughters Rosa and Cornelia frequently mention what they term ‘the best garden in the world.’ Apples, pears, peaches, grapes, almonds, cherry plums, mulberries, cape gooseberries and strawberries all feature heavily in their documented accounts. The large walled garden is a feature of the property and would have served the Cox’s well. Whilst both the kitchen garden and the parklands beyond remain a joy to visit today, frequently hosting weddings and special events, they lack the immaculate attention to detail that one senses Eliza, her daughters, and a dedicated team of gardeners would have bestowed upon them almost two centuries ago. 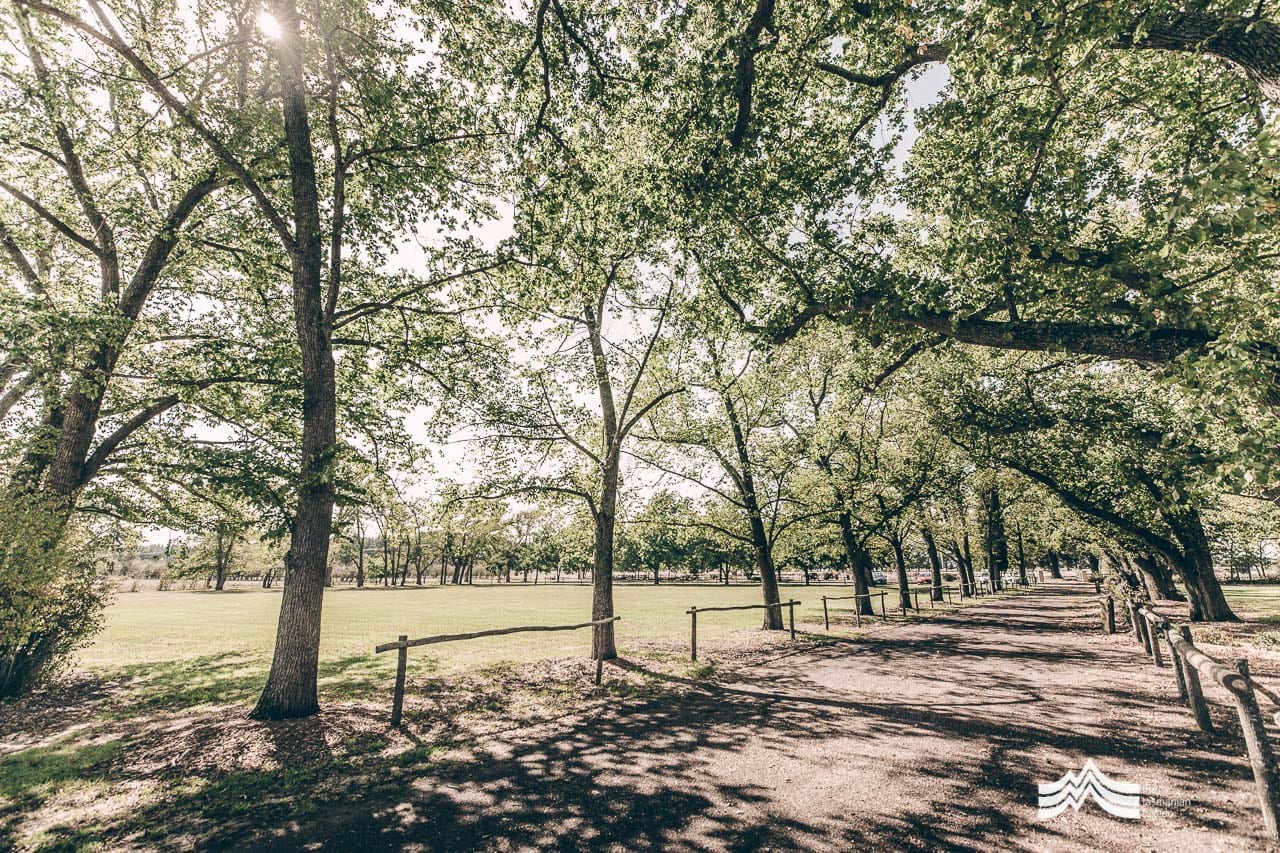 A childhood here seems almost magical. The Cox children undoubtedly played amidst the hawthorn hedges and along the elm avenue. Deer and peacocks roamed the grounds, introduced along with other exotic species. Documented recollections include memories of the children tending to their own patches of garden and enjoying expeditions hunting for wild mushrooms in the surrounding meadows.

Mama was an authority on mushrooms and if we found one we had any doubts of, we always showed it to her before putting it in our baskets and how good those fresh mushrooms tasted.

Four generations of Cox’s resided at Clarendon from settlement until 1917. Following the introduction of the Closer Settlement Act in 1913, Clarendon’s parcel of prime agricultural land was reduced to a size that no longer made it viable for the family’s enterprises. Subsequent owners included Alex Boyes, who remained in residence until 1945, followed by Walter and Kathleen Menzies who restored the property as a thoroughbred horse racing stud before Mrs Menzies donated it to the National Trust in the early 1960s.

Clarendon House is well worth a visit today and your patronage will help support the ongoing work required to maintain this extensive piece of Tasmanian history. After winding your way along the country lanes, rap on the front door with the heavy old knocker and you’ll receive a warm welcome from a local guide. Allow half a day to do it justice, or bring a picnic and enjoy a lazy afternoon by the riverbank. One wouldn’t like to stay around after dark. Tales of ghosts abound, with Eliza herself said to maintain an ongoing presence. 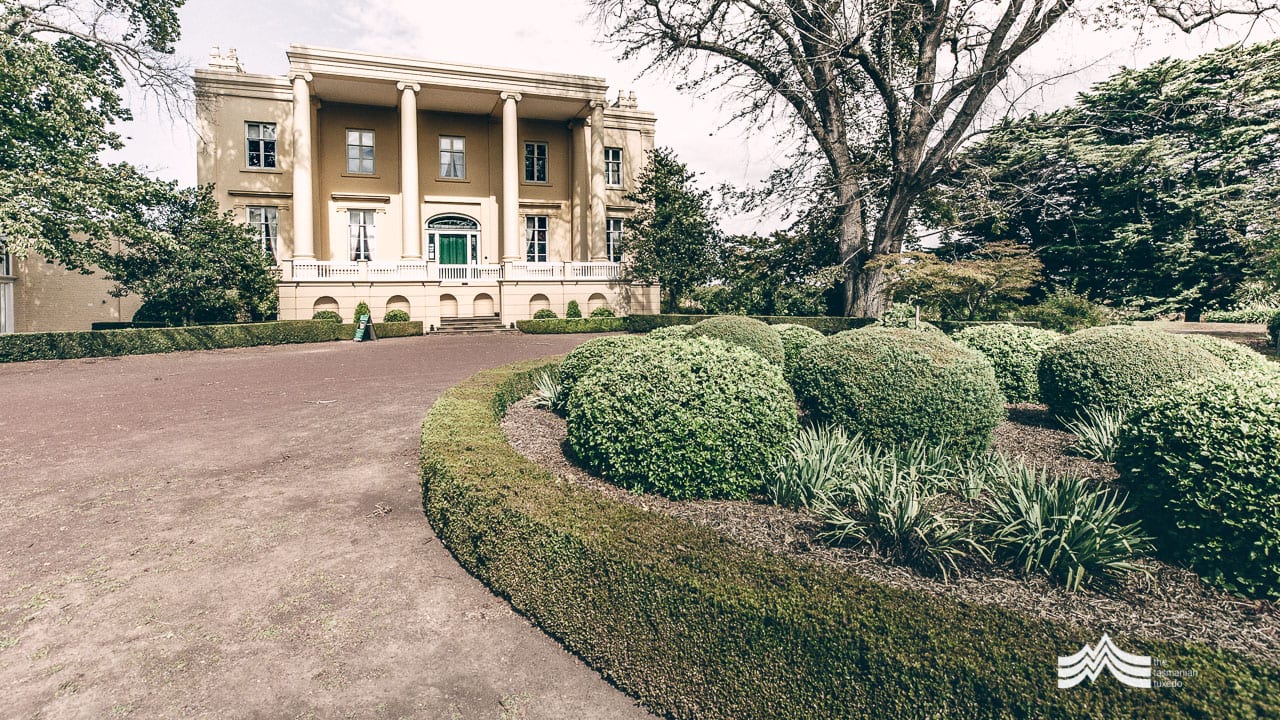 Find out more by visiting the Clarendon House website.