#63 The science of seaweed 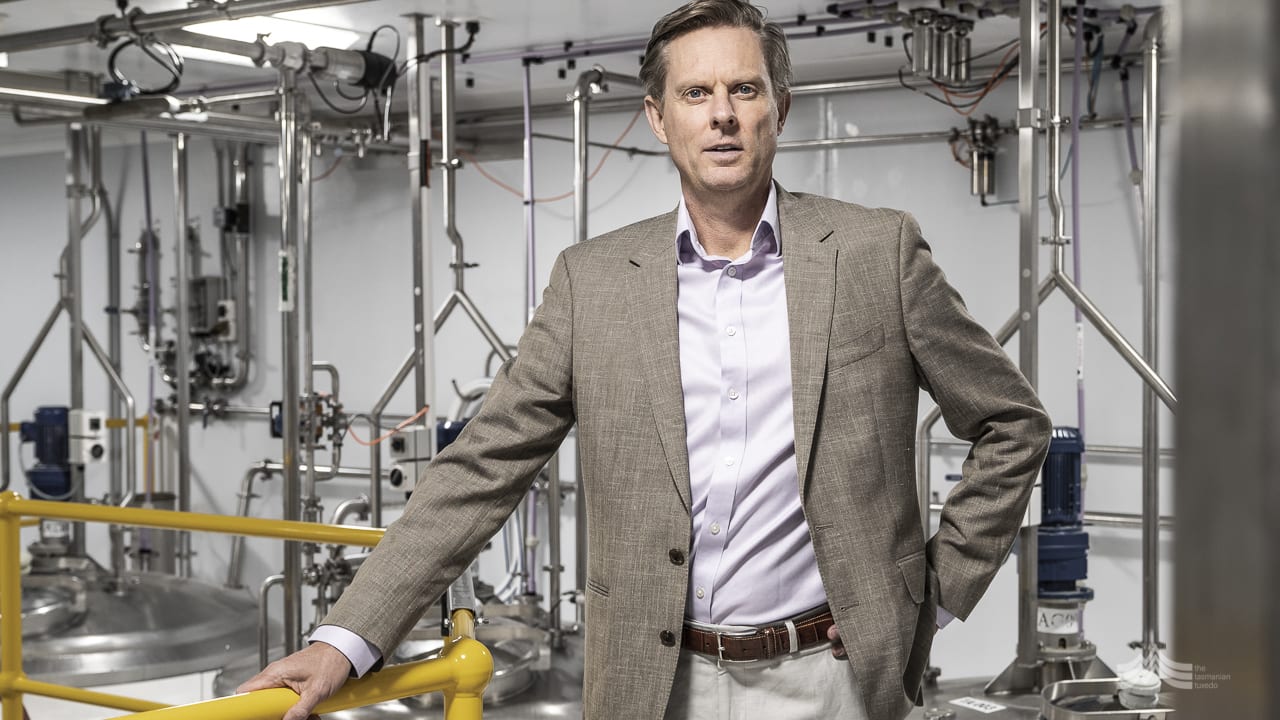 Growing up, Paul Garrott never envisaged a career in marine science. “As a fourth generation chartered accountant I always felt I would follow in the family footsteps, science was never on the cards. Having said that, I wouldn’t change my path for a moment. The last 15 years have been extremely fulfilling.”

Paul is the CEO and Managing Director of Marinova, an innovative Tasmanian biotechnology company flying under the radar locally, but kicking huge goals on the global stage. The business has singlehandedly carved a niche export market for the state and now sees its unique seaweed products in demand in over 25 countries around the globe.

It’s a far cry from the corporate pressure that saw Paul rise to being a successful senior partner in an accountancy firm in Sydney. “My role had always been advising businesses,” he describes, smiling. “But I then found myself making the transition to the other side of the desk and having to practice what I preached. It was a stimulating change.” 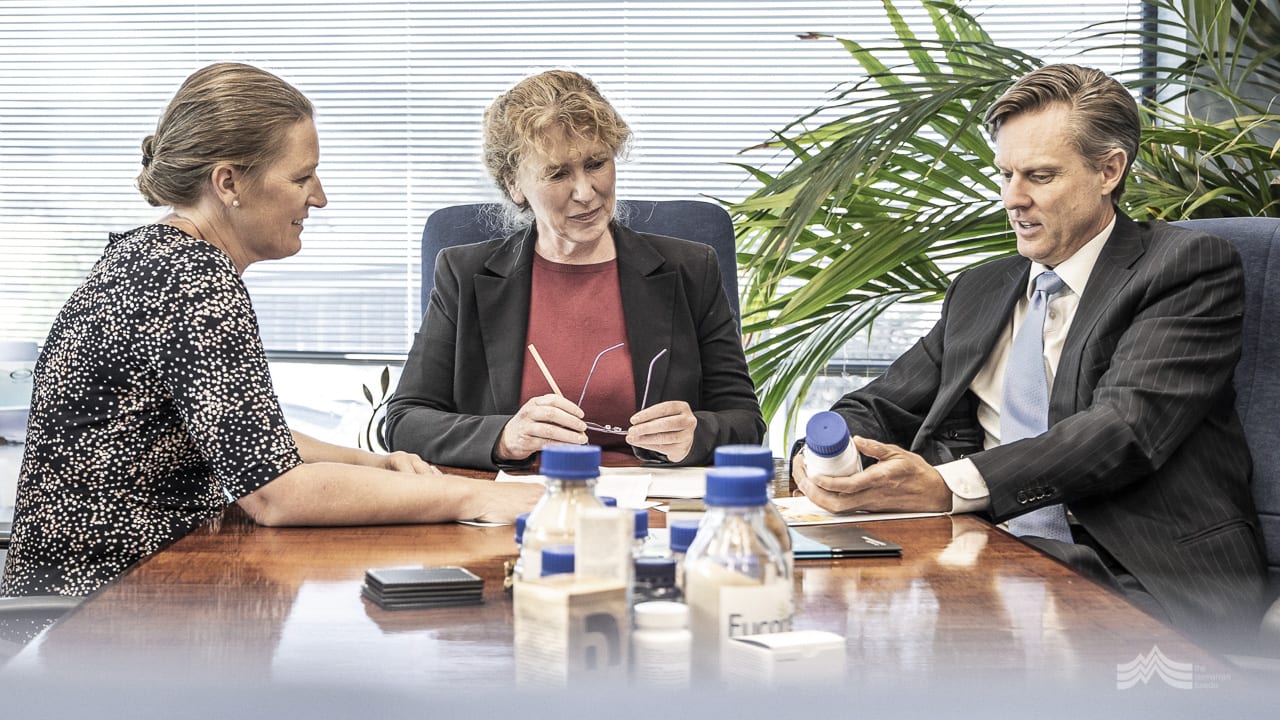 “The Marinova story began almost 20 years ago,” continues Paul. “At the time, an invasive Japanese seaweed had been introduced to Tasmania via the ballast waters of visiting ships. It was a threat to local marine biodiversity and it caught the attention of my father and I. Together we set about investigating if the seaweed could somehow be harvested and transformed into a high value-added resource.”

The seaweed in question was Undaria pinnatifida, common in Asian waters, and adept at establishing itself in new locations. “We quickly realised that using Undaria as a food source wasn’t going to be commercially viable so we set about researching other possibilities. That was when we uncovered the potential of fucoidan.”

Fucoidan, pronounced ‘few-coy-den’, is a unique compound that occurs naturally in brown seaweeds. If you’ve ever picked up seaweed on the beach, you may have noticed it’s often coated in a slimy film – that’s fucoidan. “In Asian cultures, the dietary and therapeutic properties of fucoidan have been well known for centuries,” explains Paul. “Fucoidan-containing seaweeds have long been used to address health conditions that range from nausea, congestion and inflammation through to abscesses and tumours. The history is very interesting.” 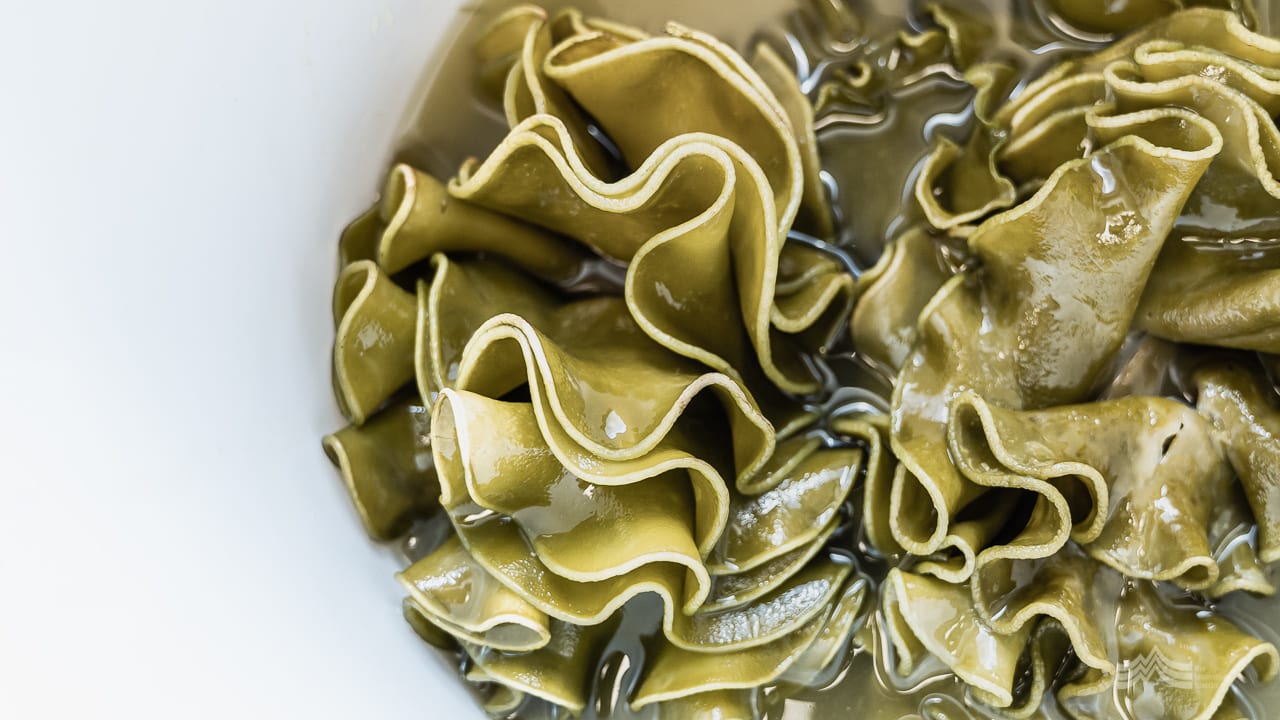 It is only in recent years however, that the benefits of fucoidan have caught the attention of the west. “That’s where Marinova has made significant gains,” says Paul. “We’ve invested in an extensive research and development program to build the scientific evidence supporting the health benefits of fucoidan. While many cultures knew about, and utilised fucoidan-containing seaweeds, the global health community simply did not have the evidence to support its use until recently.”

Paul is quick to acknowledge the role of Marinova’s Chief Scientist, Dr Helen Fitton, in the company’s success. “Helen is recognized as a world-leading authority on fucoidan compounds and without a doubt her role here has been crucial,” he explains. “Her expertise in natural polysaccharides and polymers for biomedical applications is exceptional and she has successfully led our research team for the past 15 years.”

Helen picks up the story readily, “Being highly bioactive, fucoidan offers extraordinary benefits across a wide range of human health areas. The research to date is very exciting and provides credible evidence to support the benefits of fucoidan for a variety of gut and digestive health, immunity, anti-inflammation, integrative oncology, anti-viral and cosmetic applications. However, there is still so much more to explore.” 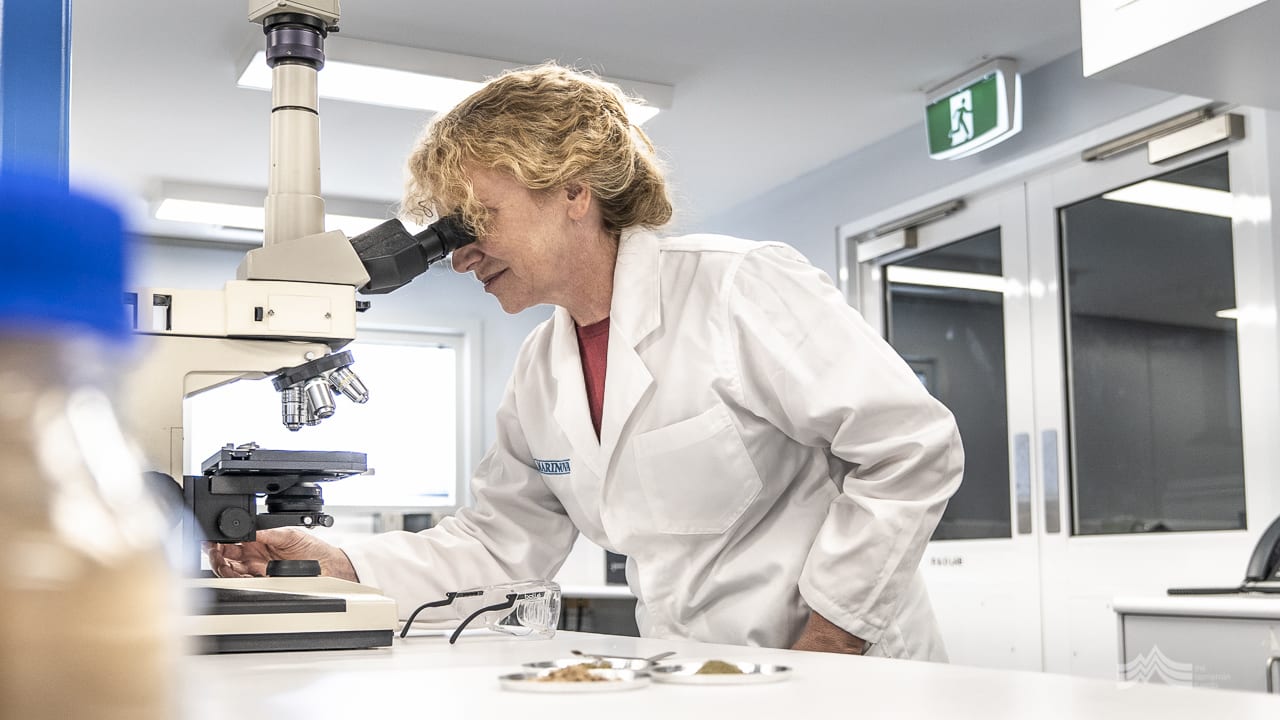 It is clear this dynamic pair help maintain each other’s perspective of commercial and scientific realities. Perched on the intriguing cusp of business and science, Marinova has successfully negotiated a balance of scientific research and commercialisation. “Essentially we are producing fucoidan extracts for the health sector,” explains Paul. “The commercial reality of that research is that many of the world’s leading pharmaceutical, nutritional and dermatological companies are all turning to fucoidan to enhance new therapeutic treatments,” says Paul. “There is a real surge of interest in innovative, organic, marine ingredients in the global health sector, and knowing we are producing extracts that are contributing to the betterment of human health is very rewarding.”

“One of the things I’ve found most fulfilling is creating something from nothing,” says Paul when asked what’s fueled his drive over the past two decades. “Working in large firms on the mainland taught me a lot about corporate cultures. Those same values don’t always translate into success here in Tasmania, and one thing I am really proud of is that our company continues to attract and retain an extremely well educated and motivated workforce who all share a global focus. They are an amazing group of people who have come together from varied backgrounds and cultures to achieve a common goal.”

“As someone with no formal science education, I’ve had to surround myself with experts and then find ways to remove the barriers to their success,” says Paul of his unexpected career change. “I can honestly say that I still go home from the office each day having learnt something new, and I continue to find that exciting.” 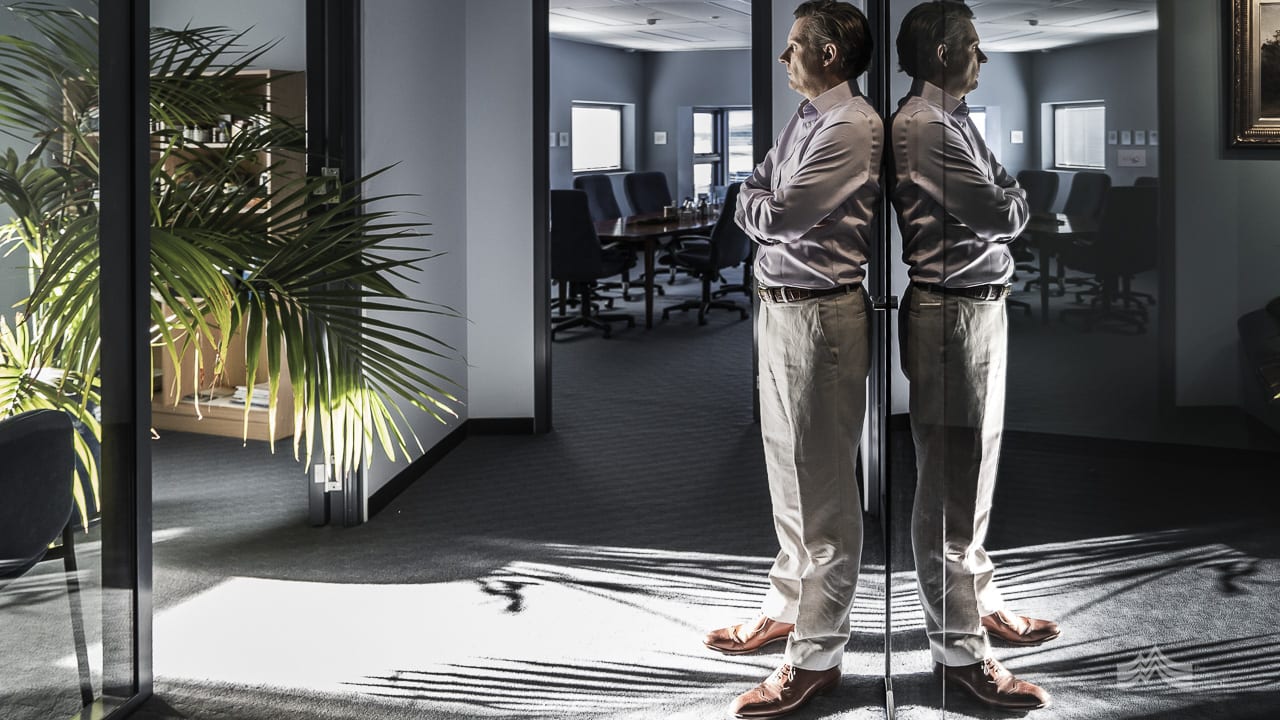 The Marinova team is brimming with enthusiasm for marine ingenuity. In addition to the scientific research staff, the company is well supported across its advanced manufacturing operations, logistics, business development, sales and international marketing. “Everyone is an expert in their field and while they take responsibility for their own roles, we have a very collaborative and open culture. That transparency translates to business agility and we can readily react to changes in the market.”

Significant investment in research and development saw Marinova develop a proprietary extraction process to extract fucoidan from local seaweed – part of the new wave of ‘green chemistry’. “Traditionally, other fucoidan manufacturers have utilised harsh chemical solvents in the extraction process,” explains Paul. “Marinova however, is able to extract fucoidan using a unique, aqueous process that sees the fucoidan remain nature-identical. It’s a significant point of difference for our company and sets us apart from other producers worldwide.”

“Marinova is the world’s only supplier of high purity, certified organic fucoidan with global regulatory acceptance.”

The company exports its innovative fucoidan extracts under the brand name ‘Maritech®’. “More and more of our customers are coming to us as they value our unique Maritech® extraction process,” says Paul. “Consumers today are demanding products that contain certified organic ingredients, are of superior quality with traceable provenance…and rightly so. The integrity of ingredients is top of mind for most reputable product manufacturers and we only expect that to increase in the future.”

“Seaweed can be very efficient in its uptake of contaminants from ocean waters, so in order to produce extracts of the highest quality, we only use seaweed from the cleanest of ocean waters. In addition to Tasmanian Undaria, we also have harvest sites in Patagonia, Nova Scotia and Brittany. The company is committed to hand harvesting wild seaweeds, a rapidly renewable resource, and our practices are fully sustainable. We don’t use farmed seaweeds and we won’t harvest from areas that are subject to human, industrial or agricultural contamination.”

There is a genuine commitment at Marinova to preserving the marine environment and upholding a true sense of social responsibility. “Our team here all share the same values,” says Paul. “Essentially, we are a harnessing a sustainable resource in a responsible manner and utilizing science for the betterment of human health. I’m really proud of the progress we’ve made in the last decade to back the benefits of fucoidan with credible scientific evidence. It’s so important that health products can support their claims with robust evidence, including human clinical trials.” 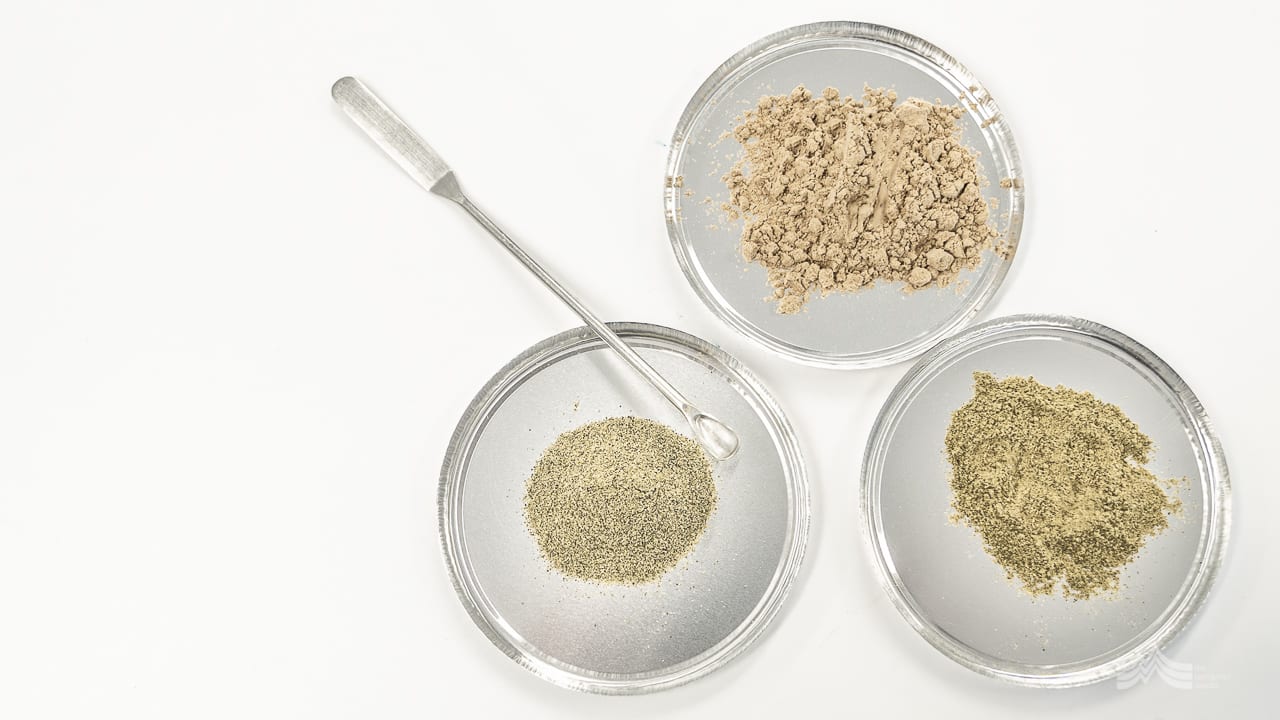 Marinova is now recognized as the world leader in fucoidan science. “We have a team of innovative scientists who have made huge advances in this area,” describes Paul. “Experienced biochemists who are constantly absorbed in the science of fucoidan and who work closely with other progressive research teams around the globe. What we have been able to demonstrate has been quite extraordinary.”

“Gut health, anti-cancer and immunity are probably the three areas that receive the most attention,” Paul explains. “Recent research demonstrates not only that fucoidan itself can slow tumour metastasis, but furthermore it can enhance the therapeutic effects of conventional therapy and reduce the side effects of chemotherapy. Also encouraging is evidence that shows that fucoidan does not interfere with standard chemotherapy treatments – that’s very reassuring for both patients and physicians alike who need to know that any complementary therapies being taken are safe and do not cause adverse effects or interactions.”

Like many Tasmanians, Paul was only too ready to return to Tasmania when the time came. “Growing up here certainly makes you appreciate what we have in Tasmania. I was lucky enough to grow up in Hobart, but also spent many summers in the glorious Tamar Valley. I’m a passionate Tasmanian and my decision to leave in the first place was driven by sport more than anything else. For many years I was competing on the national stage as a middle distance runner and chasing a dream of Olympic selection. It was the training requirements that took me out of the state.” 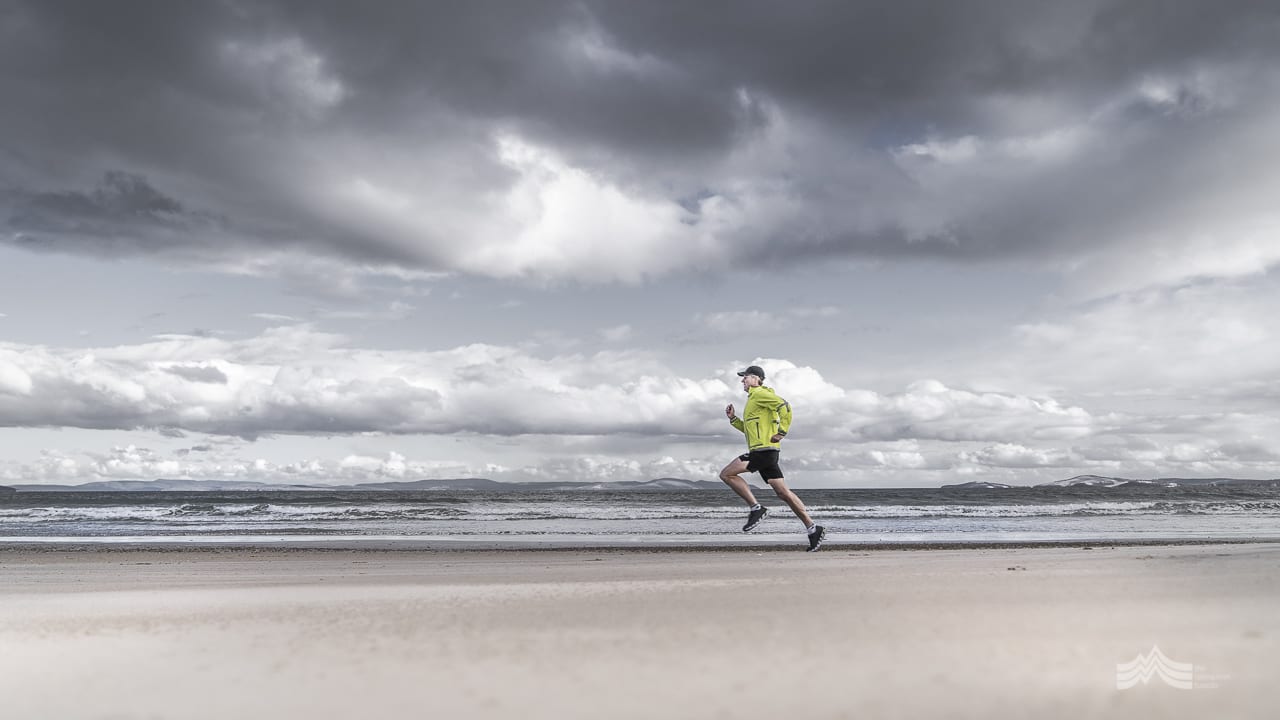 Whilst injury eventually forced Paul to hang up his runners just prior to the Sydney 2000 games, he remains grateful that he maintained his accounting career throughout his training period. “I’m glad I was driven enough to complete my degree and carve a career in accounting whilst I was running. I had progressed to a relatively senior position at work by the time my sporting pursuits drew to a close and those professional skills have certainly been invaluable as Marinova has grown.”

“The decision to return home after working in Melbourne and Sydney really wasn’t that difficult,” says Paul. “It’s a common one made by many Tasmanians…spending a period of time away makes you realise just how special it is here. The lifestyle is very hard to beat.”

Returning home was also an opportunity to build an enterprise alongside his father, and fellow chartered accountant Geoffrey Garrrott. “Dad has been involved since Marinova’s inception and the company remains grounded in our core family values. He’s been very generous with his business acumen and still enjoys overseeing our progress.”

Paul is one of the new generation who believes that business and environmental consciousness can indeed mix. “Preserving what we have here in Tasmania is so important. Marinova has been committed to sustainability right from the outset and we’ve always strived to lead the way in terms of harvesting practices, waste management and energy efficiency. In addition to harvesting wild grown seaweeds on an environmentally sustainable basis, we repurpose all waste residues,” he explains. “Once the fucoidan is extracted, both liquid and solid by-products are captured and converted into nutrient-rich organic additives for the horticultural sector. Nothing in the manufacturing process is wasted. In fact, the company is now on the genuine cusp of becoming a legitimate zero-waste, carbon neutral manufacturer.”

As one of Tasmania’s quiet achievers, Marinova continues to go about its business without fuss. Paul himself is modest when the accolades begin to flow, such as their recent crowning as ‘Export Market Leader’ in the Australian Organic Industry Awards. “At the end of the day we have a great team who are making a true difference on the global stage. It’s rewarding to be part of the progressive marine science community that exists in Hobart and keep Tasmanian scientific innovation in the spotlight. The future here is really bright.” 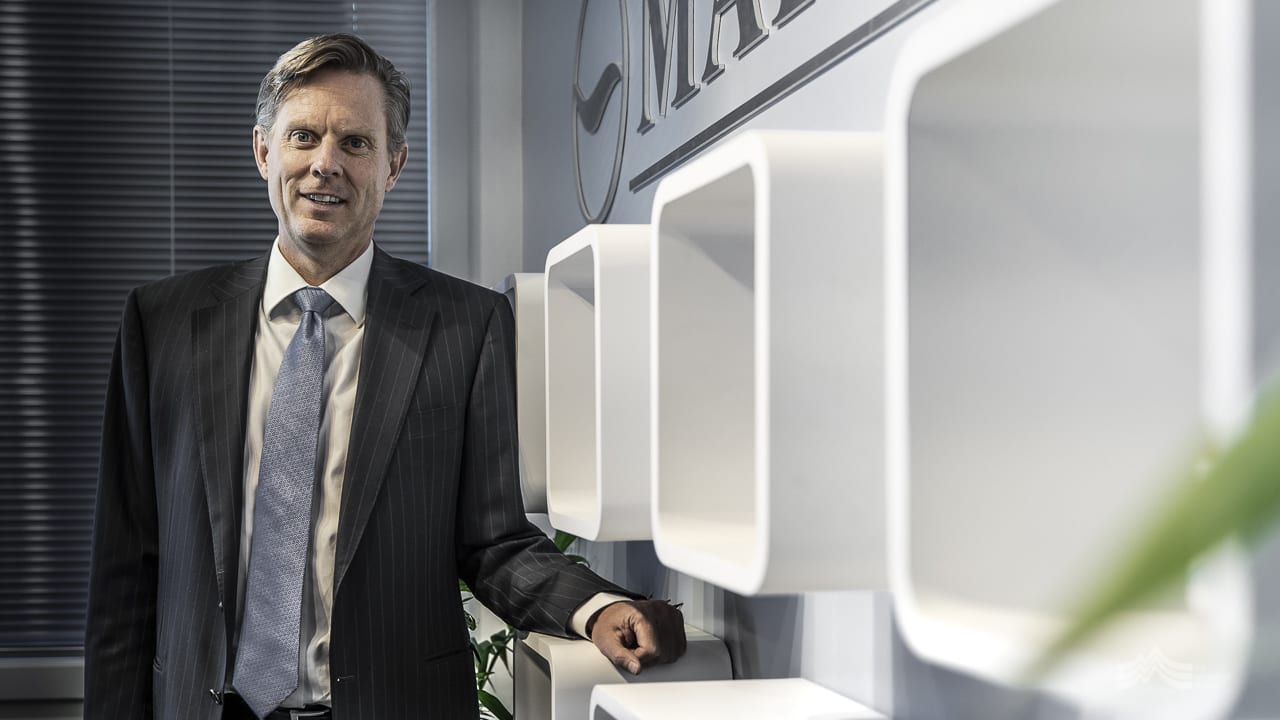 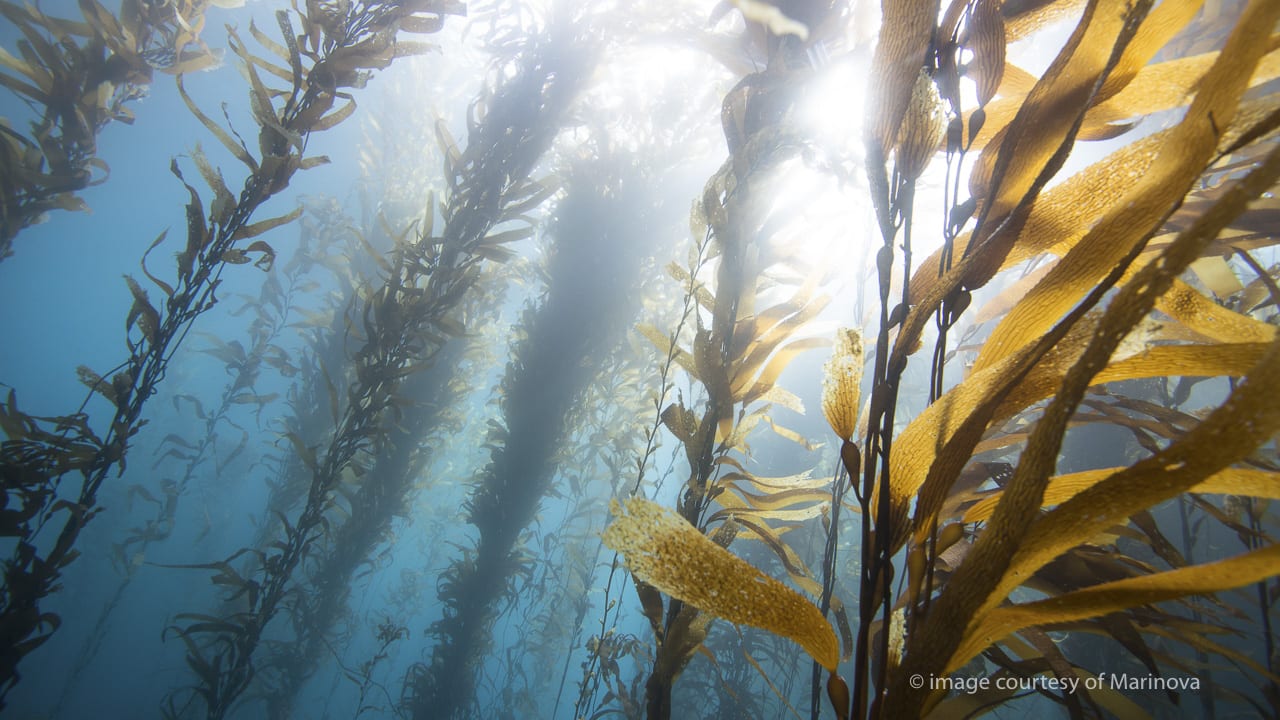 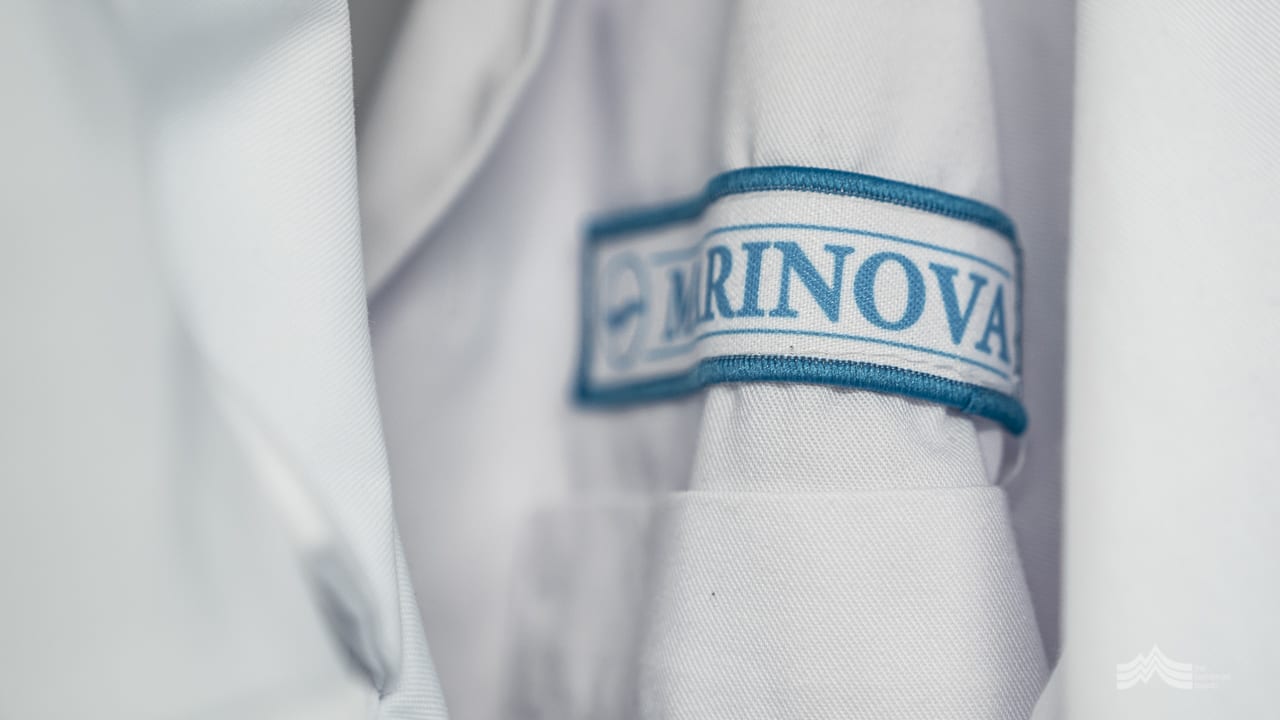 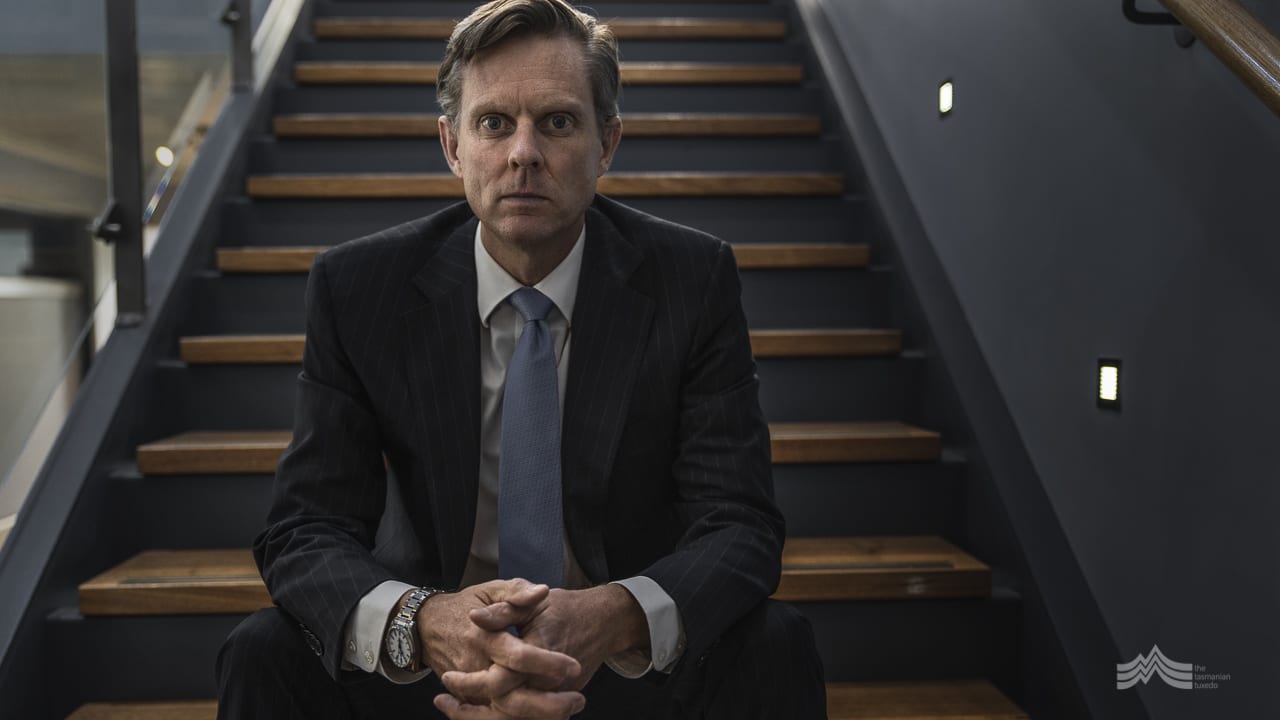 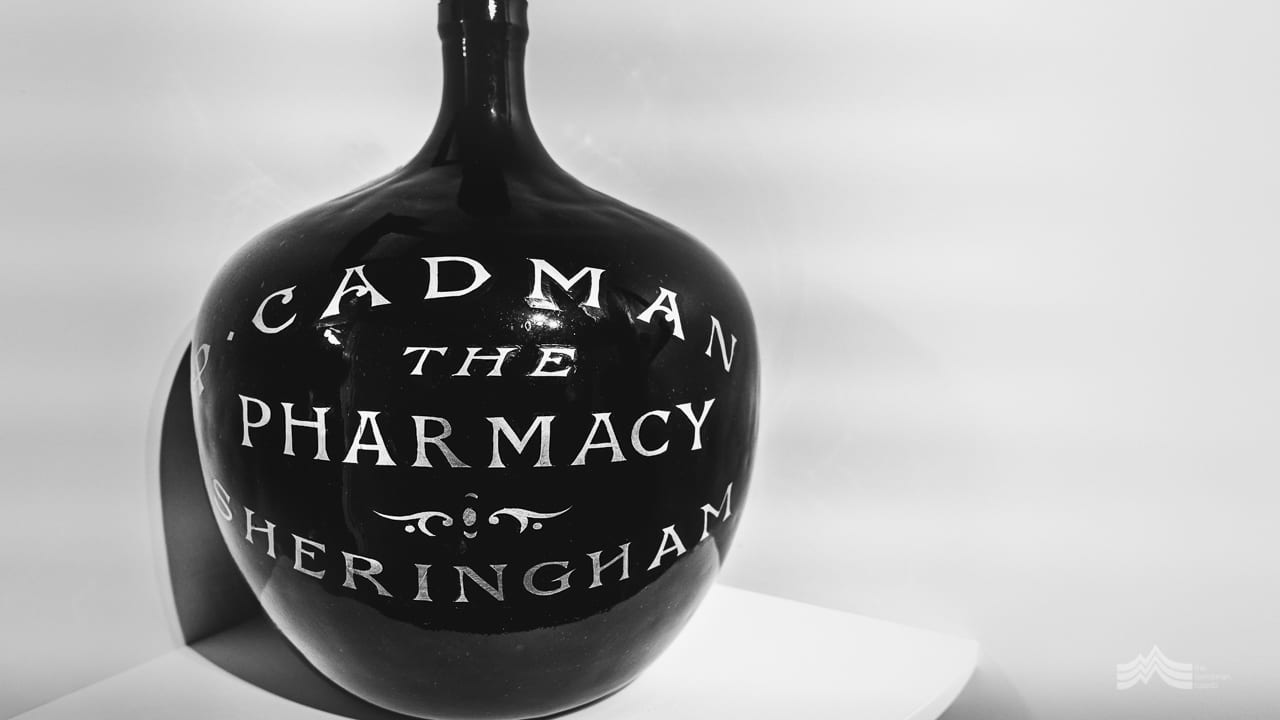 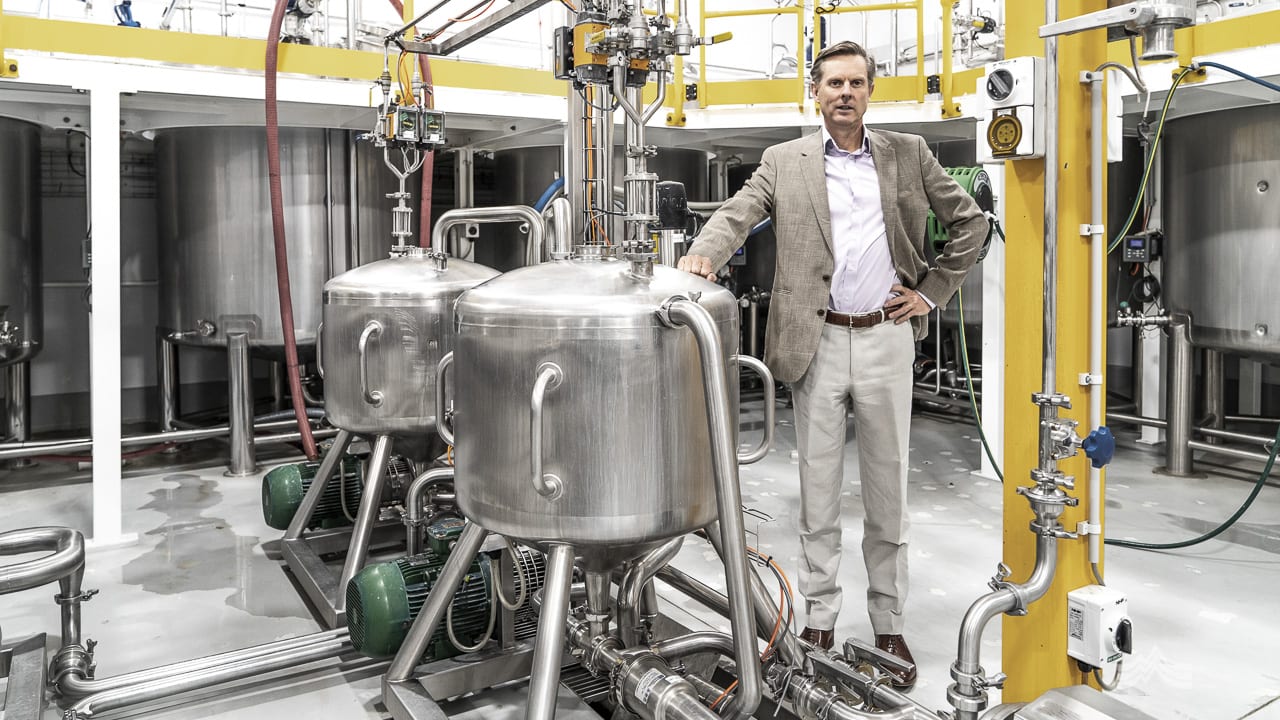 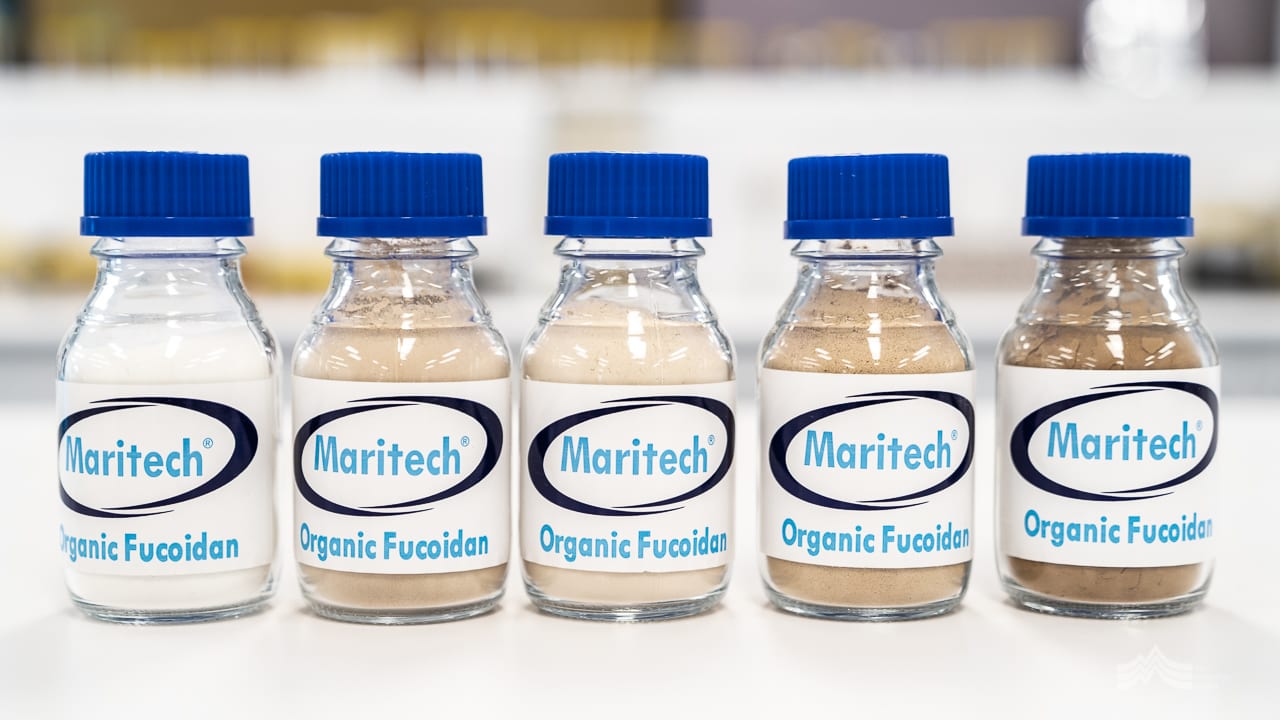 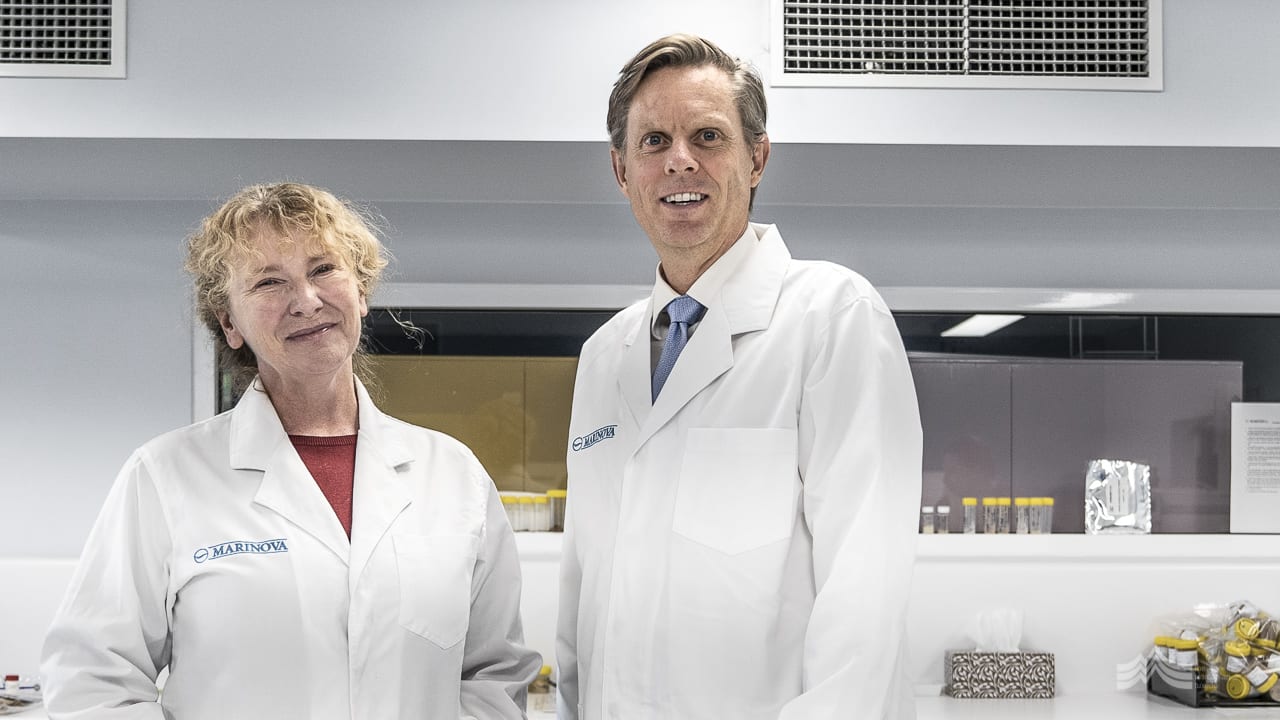 It’s important to note that Marinova is a business-to-business enterprise and does not supply fucoidan to the general public. Look for Maritech® fucoidan when purchasing fucoidan-containing health products.

Further information about Marinova is available on the company’s website.